A Day on Salt Spring Island 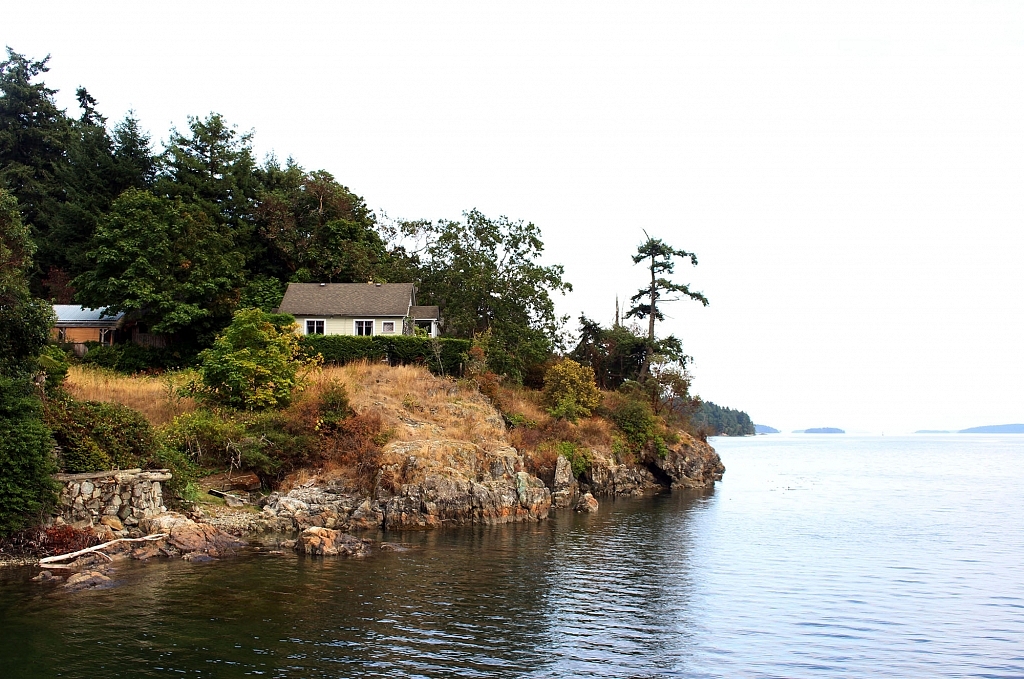 If I didn’t know any better, Salt Spring Island sounds like a make-believe place. The pace is about ten beats slower than any city I’ve ever been in, but not in a sluggish way—the energy here pulses like a healthy heartbeat. If you’ve ever wanted to be an island farmer, an energy healer, or even a fairy, this might be the place for you.

On a chilly August morning, I made my way to Swartz Bay Terminal in Victoria with my family and my friend Ashley and bought a round-trip ticket to the little Gulf Island. “You’re gonna love it,” said Ashley, who had just visited for the first time herself a few weeks ago, and couldn’t wait to return. It was Saturday, and the entire ferry was buzzing with people eagerly waiting to see the “famous” Salt Spring Island Saturday Market. 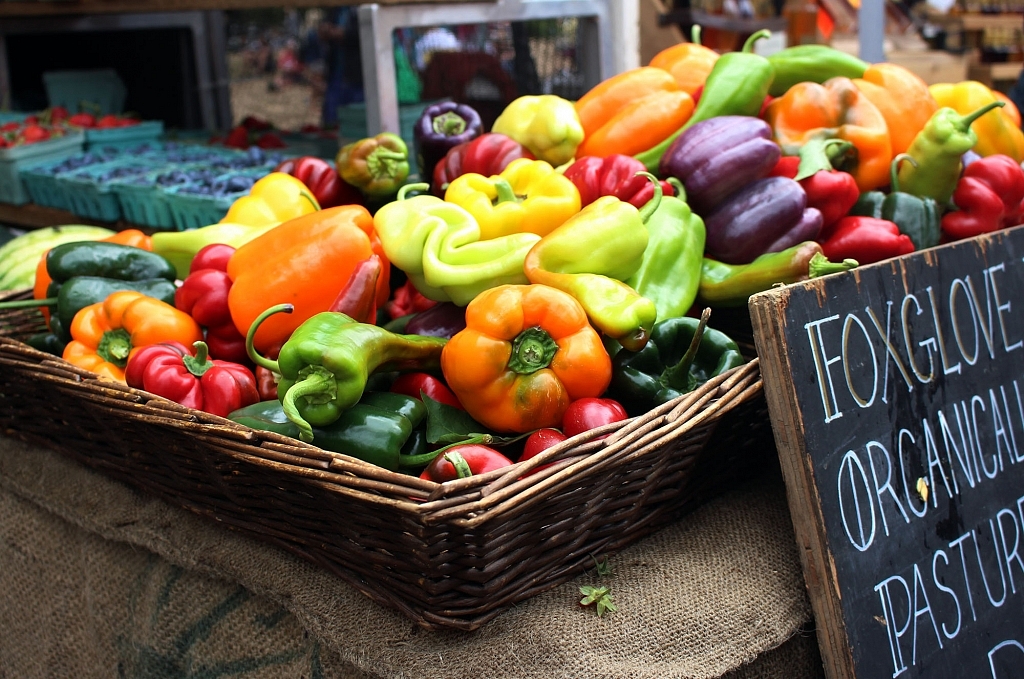 Upon arrival, I soon saw why. From the very young (there were children of all ages selling their culinary creations and busking their hearts out with just-barely recognizable Taylor Swift covers) to the very old (don’t forget to catch the Salt Spring Island Raging Grannies sing about the importance of voting), it seemed like the entire island’s population was out enjoying the weekly market ritual. 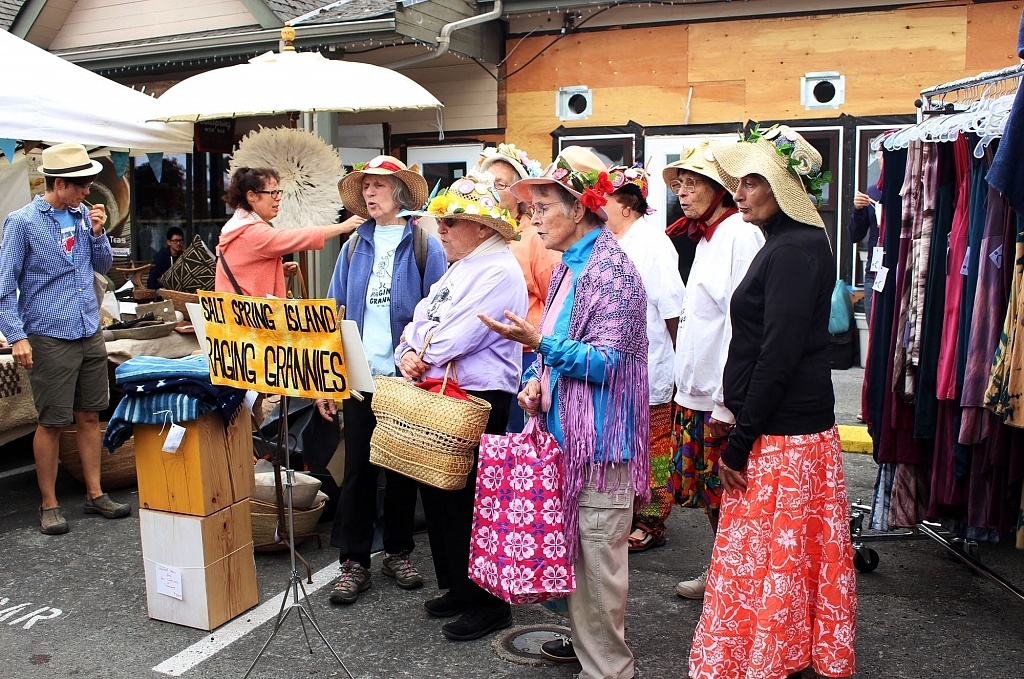 “Hey man, I got some sprouts for you”, said the Sprouts Guy from Salt Spring Sprouts and Mushrooms to the Garlic Guy from Bullock Lake Farm, as Garlic Guy thanked him and offered him a bulb from his own baskets. The bartering system is clearly working well here, and I don’t blame them—that garlic was some of the best (and strongest) I’ve ever had. 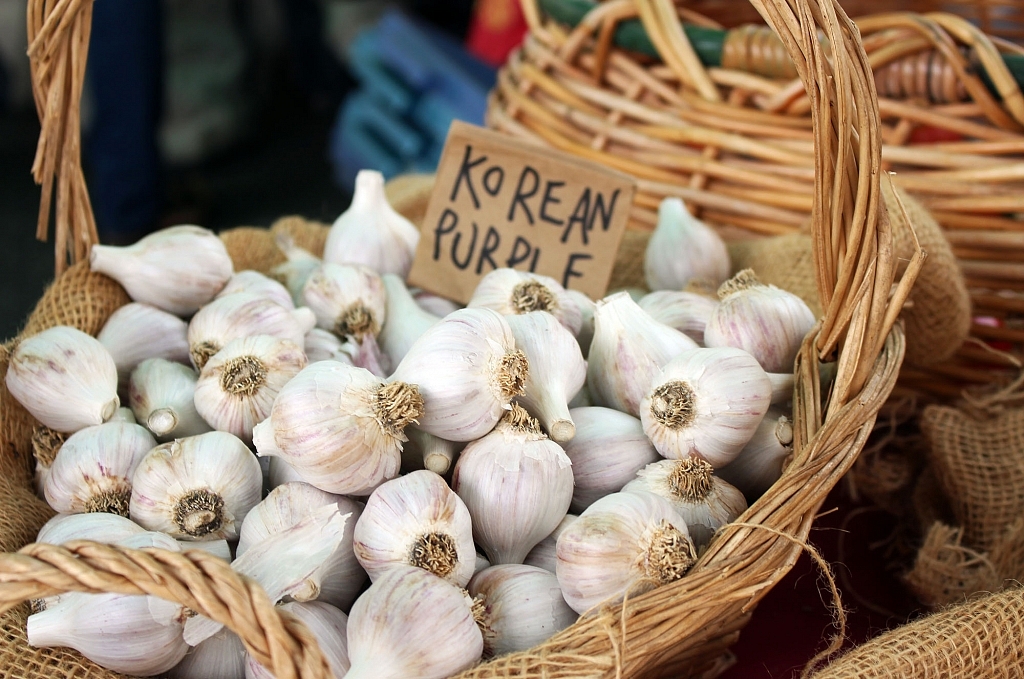 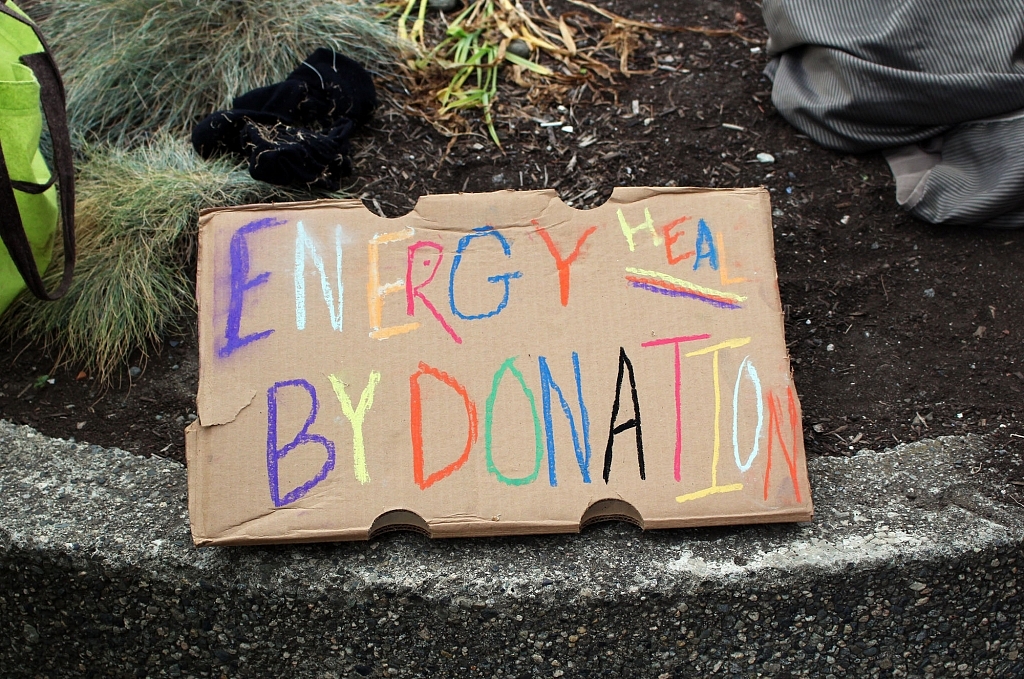 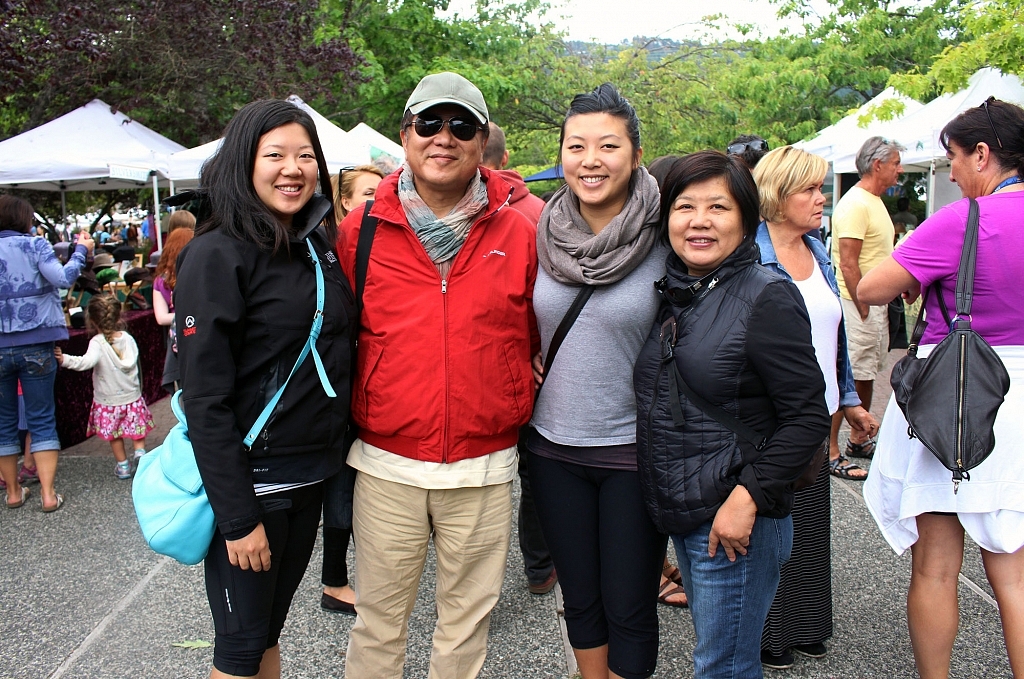 As for lunch, we knew we should have gone to Treehouse Cafe, but accidentally ended up at the tourist trap Oystercatcher instead. Thankfully, that was the only blemish on an otherwise perfect day.

After a little more time at the Market, we headed to Salt Spring Island Cheese for a cheese shop tour, tasting, and some delicious goat’s milk gelato. Of all the “makers” on the Island, this place is one of the biggest and most-frequently visited. The hens and turkeys here are also beautiful specimens. 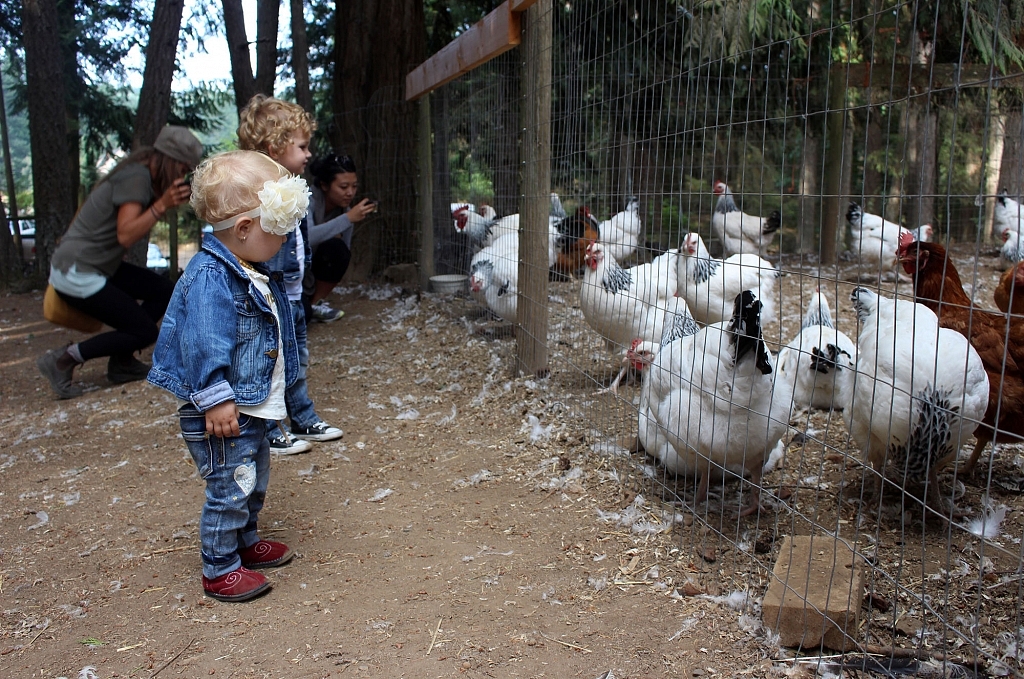 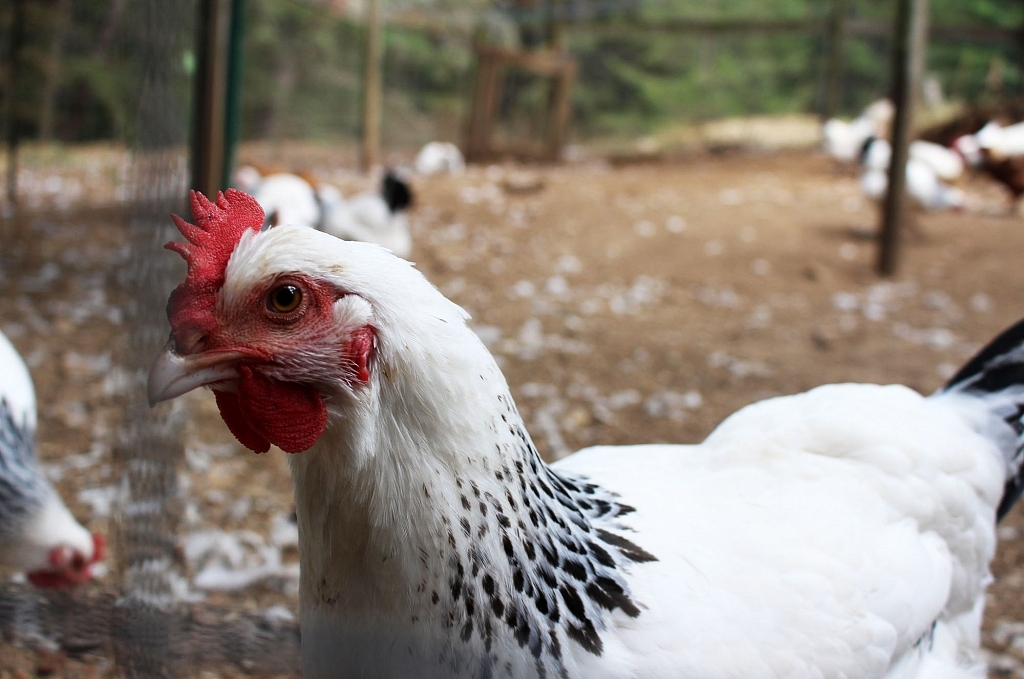 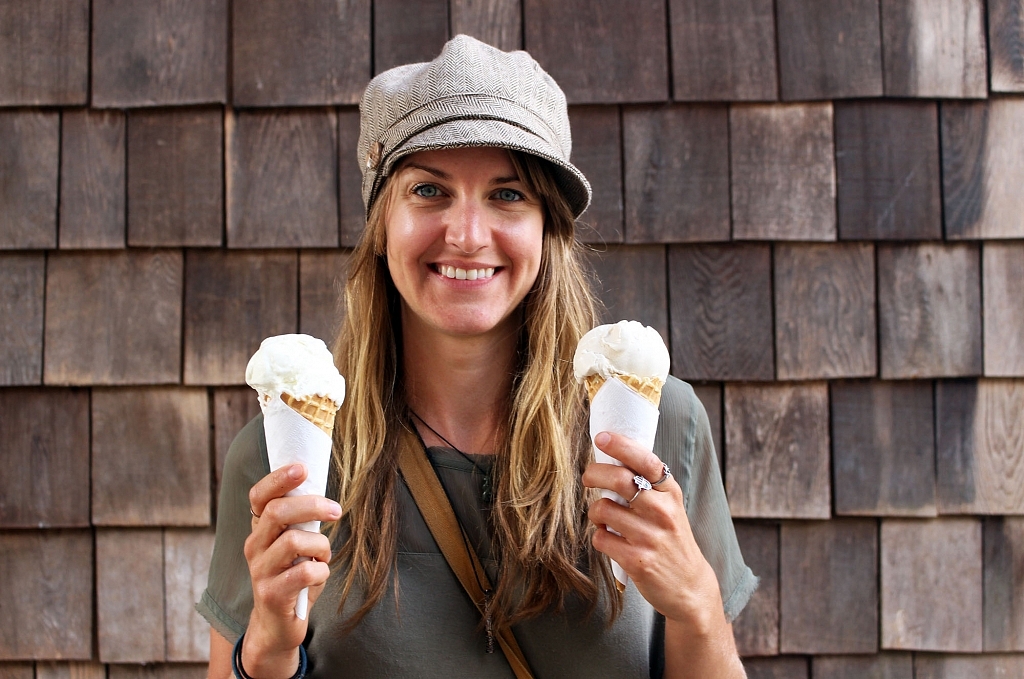 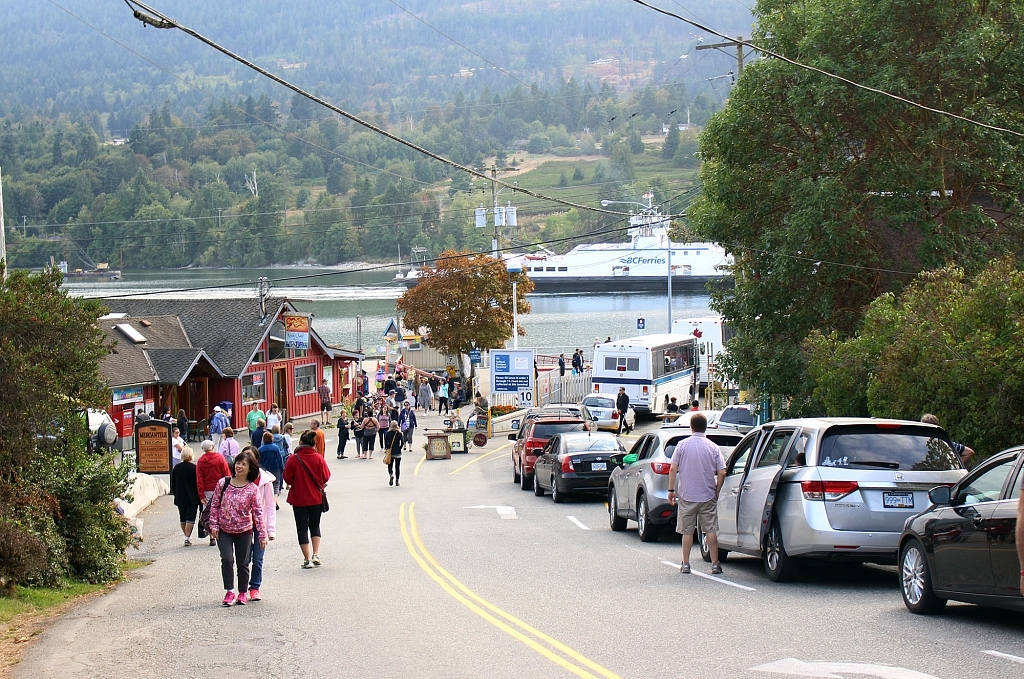 Even though it was still early, we headed to the ferry terminal at Fulford Harbour as soon as we were done with our cheese snacking to ensure that we didn’t end up stranded on the Island (though there are worse places to be stranded, for sure!). There were already about 80 cars ahead of us, but no one felt rushed. The locals have the area stocked with delightful little gift shops, cafes, and a priceless view to keep the tourists entertained. 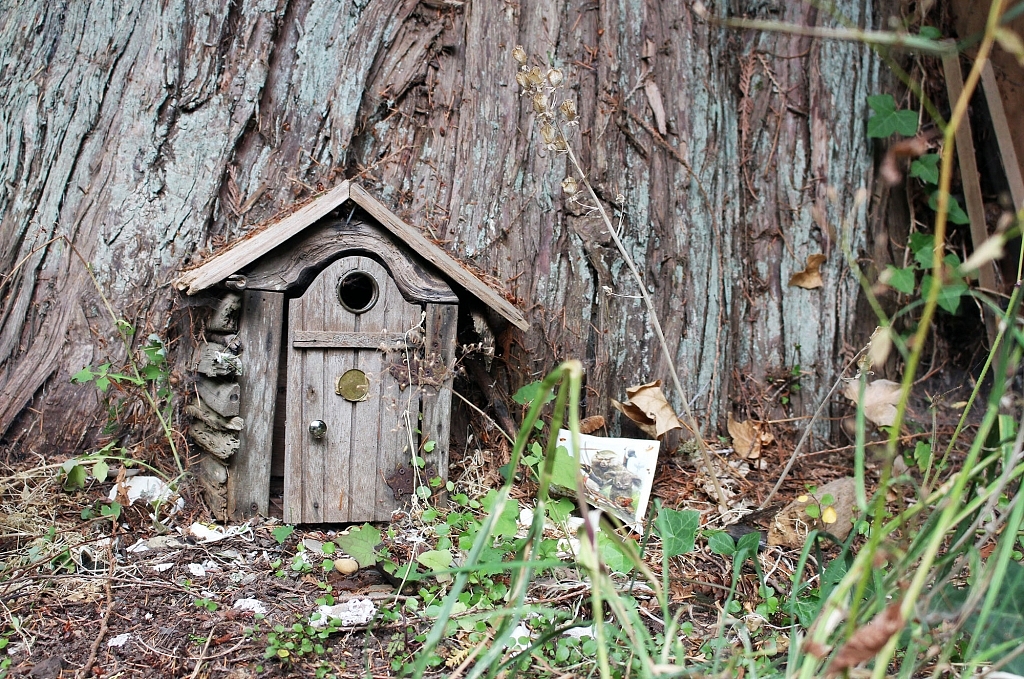 Ashley and I took the extra time exploring some fairy doors (seriously, I wasn’t kidding before), regular doors, and doors in the middle of the forest that led to nowhere. 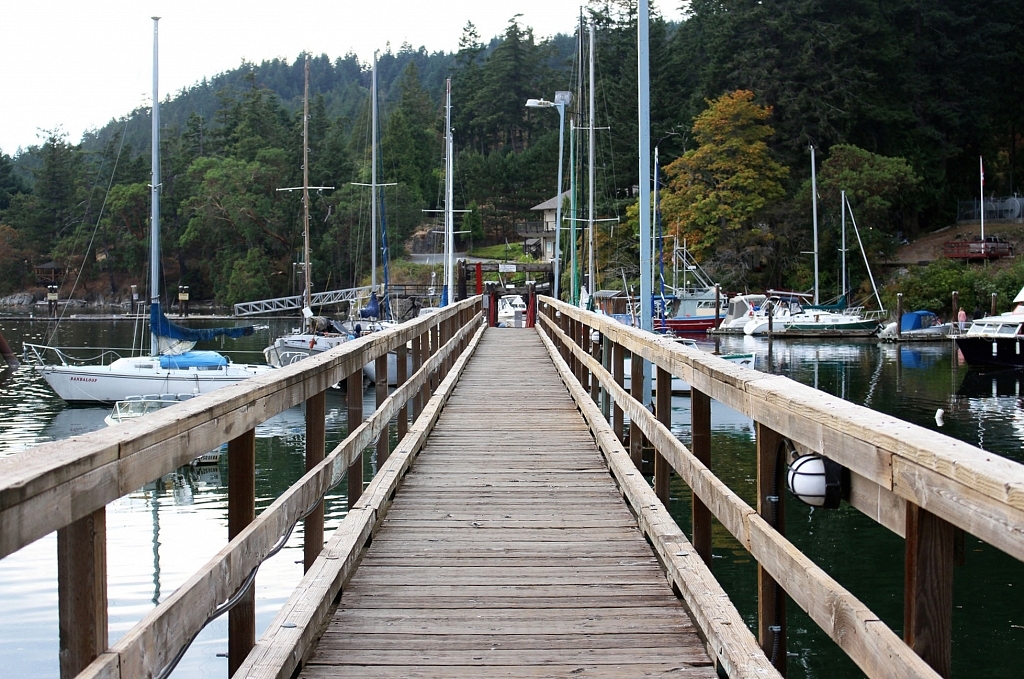 This island is beautiful, charming, and impossible to hate. You may not see everything at once, but there is an undeniably spirited feeling about this place that’s undeniable. I returned to Vancouver Island full of energy and ready for a good night’s sleep.

Notes on the Market: The Saturday Market is open each Saturday, from Easter weekend (April 4th) through the last Saturday in October from approximately 8:30am – 4pm, rain or shine. It is located oceanside at Centennial Park in the heart of Ganges on Salt Spring Island. Oh, and the ferry ride is a mere 35 minutes.