A Weekend in Prince Edward County

And the Wassail that almost killed me 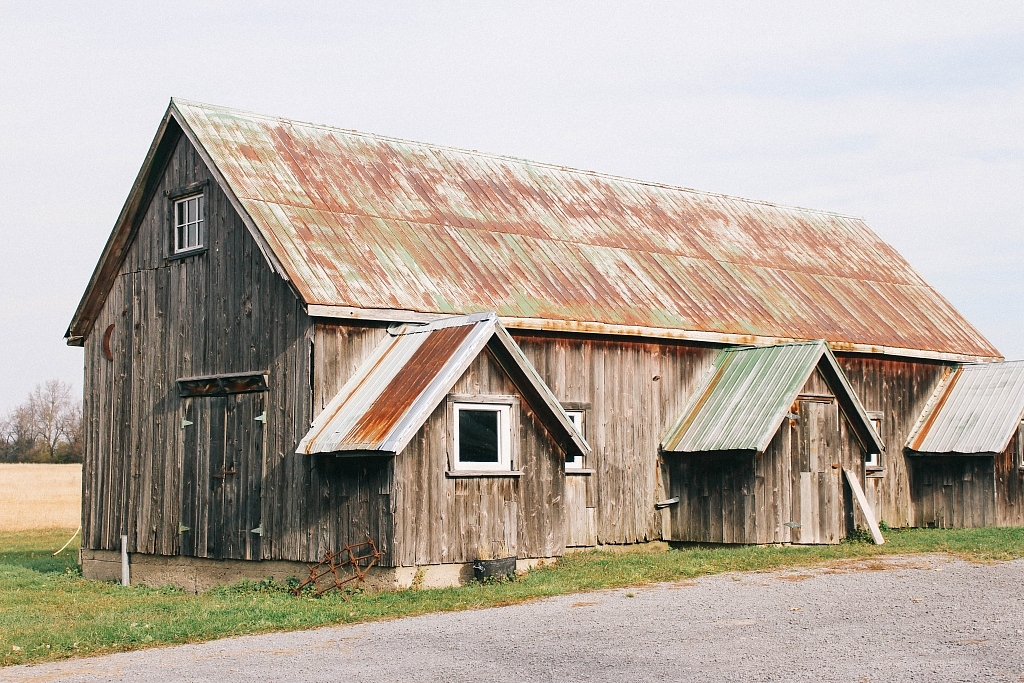 It was the best of times, it was the worst of times. The first line of Dickens’ A Tale of Two Cities could not have summarized my trip to Prince Edward County better. But before you go judging the County, please note that the “worst of times” part was mostly my doing.

On Friday evening, I was sipping prosecco with Tessa at a cozy corner table, incredibly satisfied with myself for having arranged everything for this trip perfectly and last-minute. On Saturday evening, I was propped up on pillows and trying to lift my neck enough to take another sip from my water bottle, trying not to fall out of bed while doing so.

Perhaps I should start from the beginning. 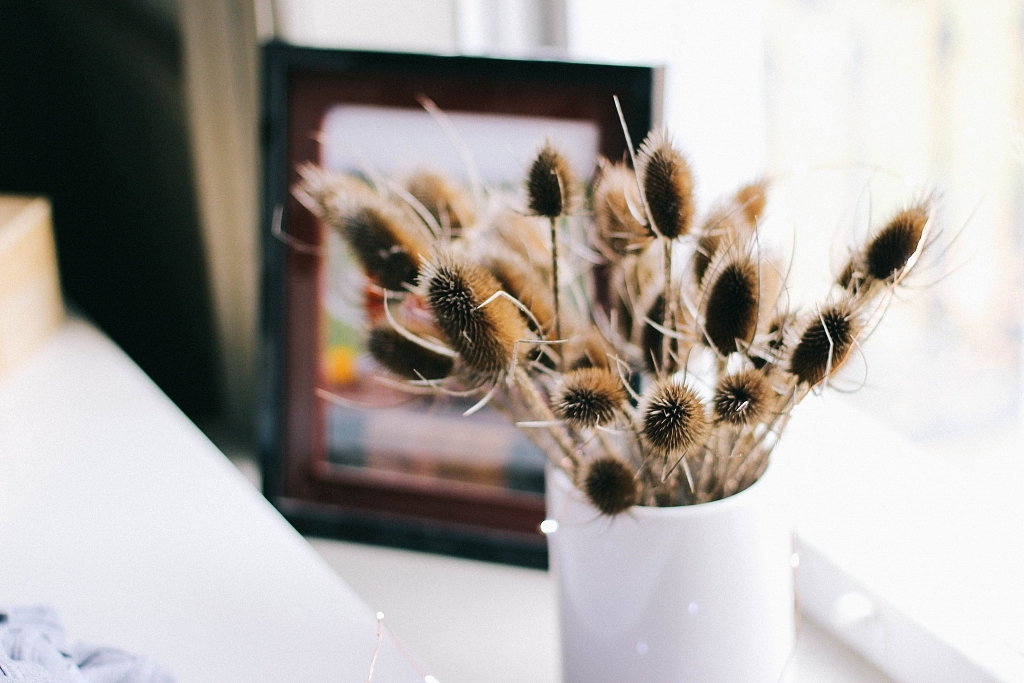 In the past few years, Prince Edward County has quickly become the place for a Toronto weekend getaway. The Muskokas are getting more and more expensive while Niagara is getting more and more commercial. It was only a matter of time before this quaint collection of Lake Ontario small towns and farming communities would get noticed. Location-wise, it’s also situated perfectly in the golden triangle between Toronto, Montreal and Ottawa (where Tessa happened to be driving from). The presence of 44 wineries and vineyards doesn’t hurt either. And while late November is not prime time for vineyard-hopping, it is ideal for two reasons: The Wassail and Countylicious. 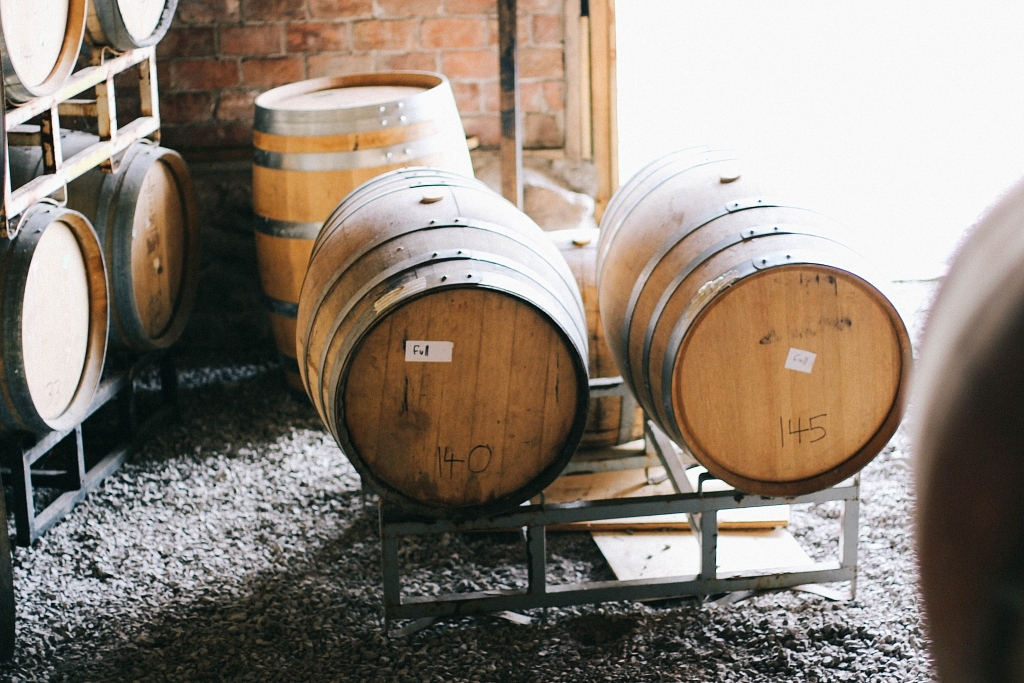 Much like Winterlicious and Summerlicious in Toronto, Countylicious is a twice-annual celebration (the Fall session took place from October 28 to November 20 this year) of fine dining featuring prix-fixe menus from local participating restaurants. Chefs create unique three-course, County-inspired dinner menus offered at $40 per person (plus tax and tip). Our first night was spent dining at East & Main Bistro, one of the most recommended restaurants in the area, second to the incredibly hip Drake Devonshire Inn.

The Wassail pays tribute to the age-old (mostly) British tradition of celebrating the harvest before the arrival of winter. “Merrymakers” would travel from house to house singing, feasting and quenching their thirst with local grog. During the last two weekends in November and the first weekend of December, this modern Prince Edward version of Wassail is advertised  as a fun time to visit local wineries and join in the festivities. We chose to join a bus tour organized by The Prince Edward County Winegrowers Association to make our experience more enjoyable. 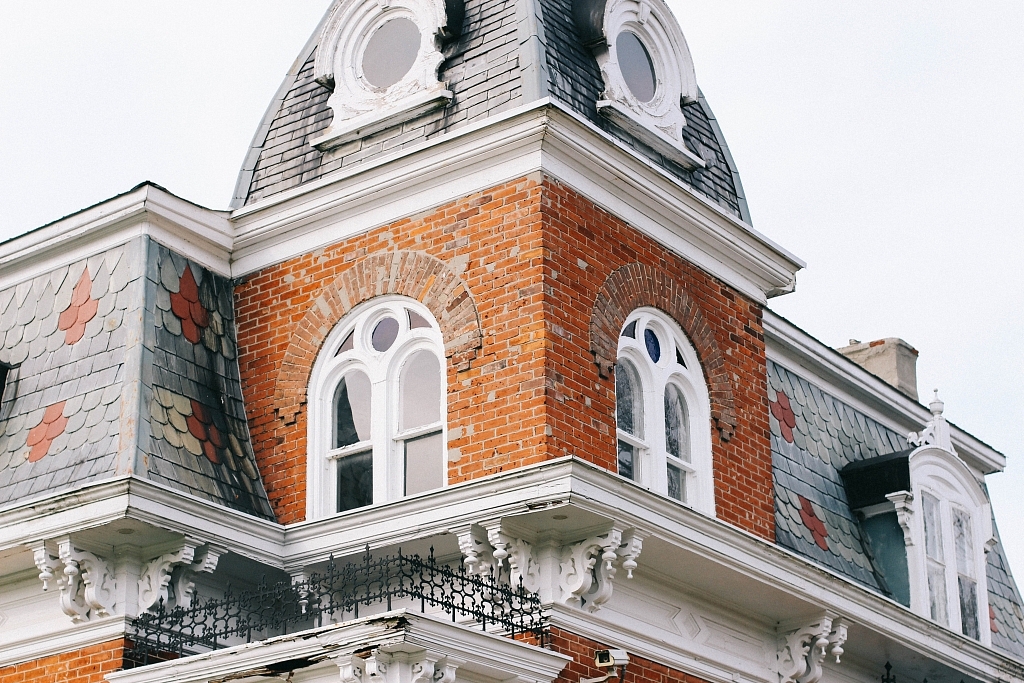 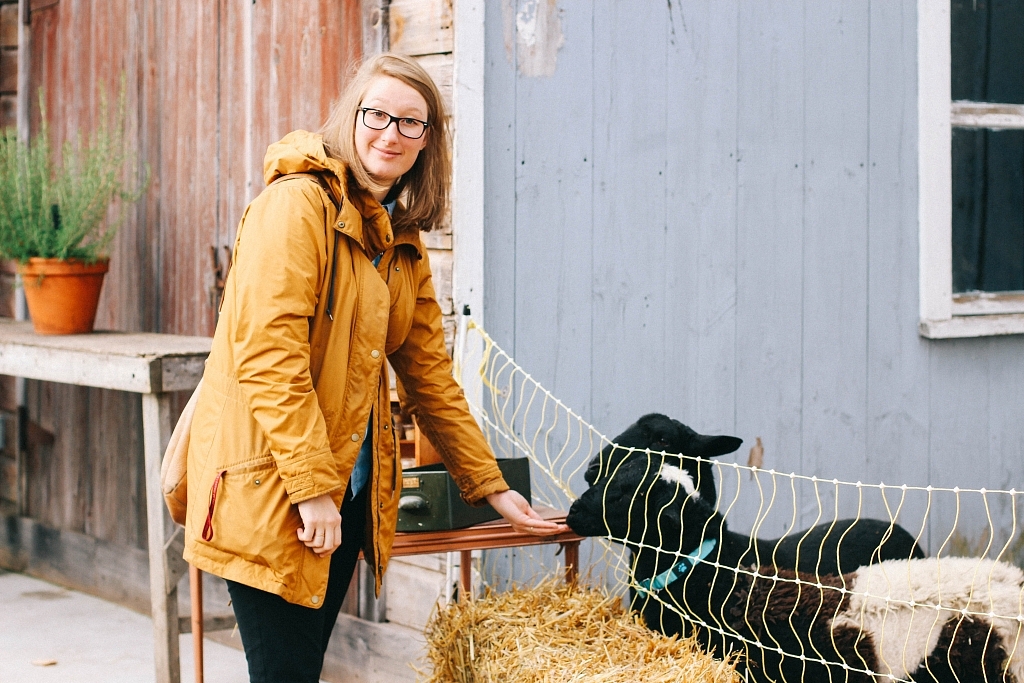 Tessa and the goats at 66 Gilead

It was during the Wassail that everything started to go downhill (literally). While the idea is great in principle (arrive singing a seasonal tune and be treated to free tastes of mulled wine, with some wineries offer food pairings and sweet treats), our bus driver (while very kind) got very lost. We ended up taking hours longer than planned to finish our planned route. Furthermore, many of the wineries seemed not to have gotten the memo about the “whole Wassail thing”. Our merry group of new bus friends managed to grin and bear it, but the harder we tried, the worse the weather got.

The real problem came when I foolishly decided to take a warm bath after already having coffee, tea and juice in the morning, followed by tastings at five wineries and hardly any water. As you may have guessed, I fainted from extreme dehydration. I’m just grateful that I didn’t hurt myself more badly. Needless to say, we were unable to make our Countylicious reservation. Instead, we had a quiet night in as we awkwardly laughed over not-as-bad-as-they-could be burgers and fries that Tessa graciously drove back from the closest open restaurant. 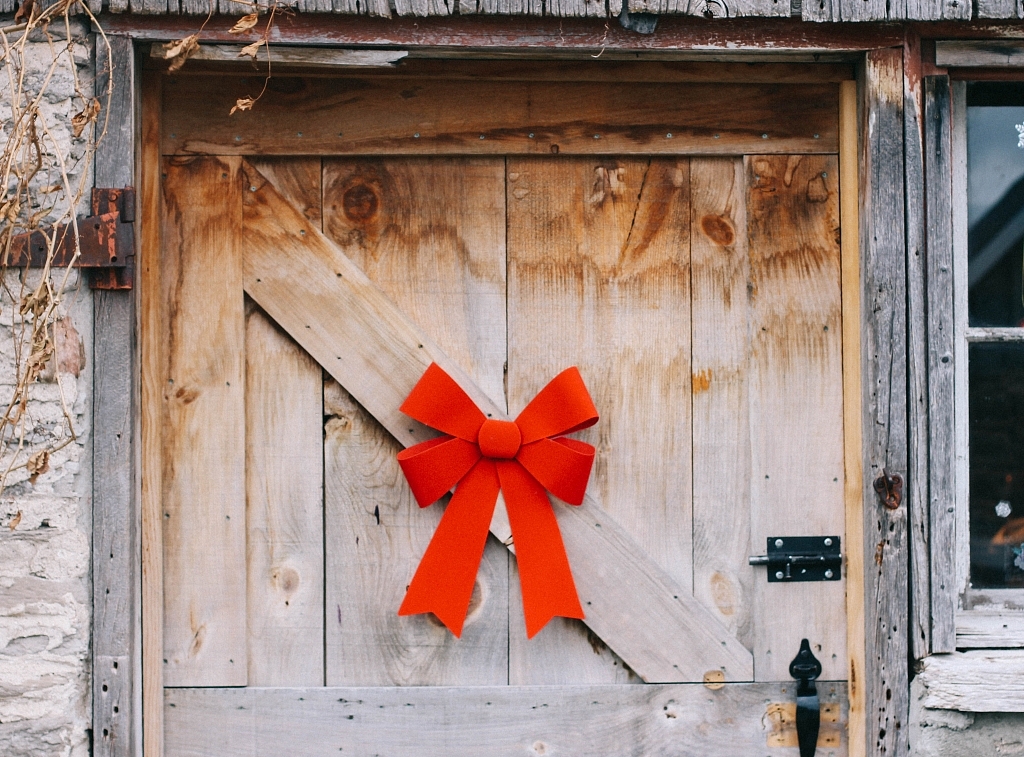 If I had been staying somewhere else, it might have been a more miserable trip. However, the fact that we were staying at the Mystic Dandelion (sadly, no longer in business) made everything better. In fact, if this was a more honest title, rather than “A Weekend in Prince Edward County”, this piece should really be called “A Weekend at Silvia and Sébastien’s”. Silvia Cambray is the owner of this charming Bed & Breakfast. I knew from the moment she called to confirm our details that I would like her, but her hospitality truly exceeded our expectations. Her background as a travel agent combined with her training as a holistic nutritionist and marriage to a French chef makes her a unique host who doesn’t overlook a single detail, and understands the importance of both healthy and indulgent eating, all the while sourcing her ingredients as locally as possible. 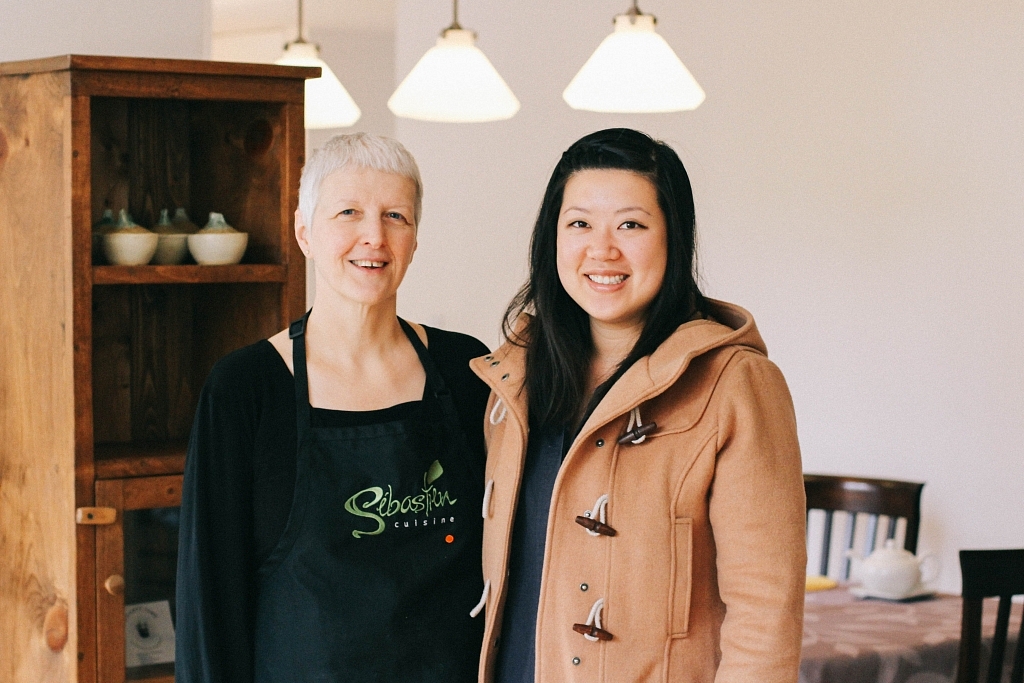 With Silvia of the Mystic Dandelion

From homemade almond milk to pear compote, incredible gluten-free banana bread and apple muffins to flaky heirloom tomato tarts (from the last of their backyard tomatoes of the season) and warm and fluffy frittatas, I could not believe how fantastic the food was. And that was just for breakfast! The next time I return, I would be loathe not to organize a dinner cooked by Sébastien Schwab. If his shortbread cookies are any indication, it would be an incredible meal. 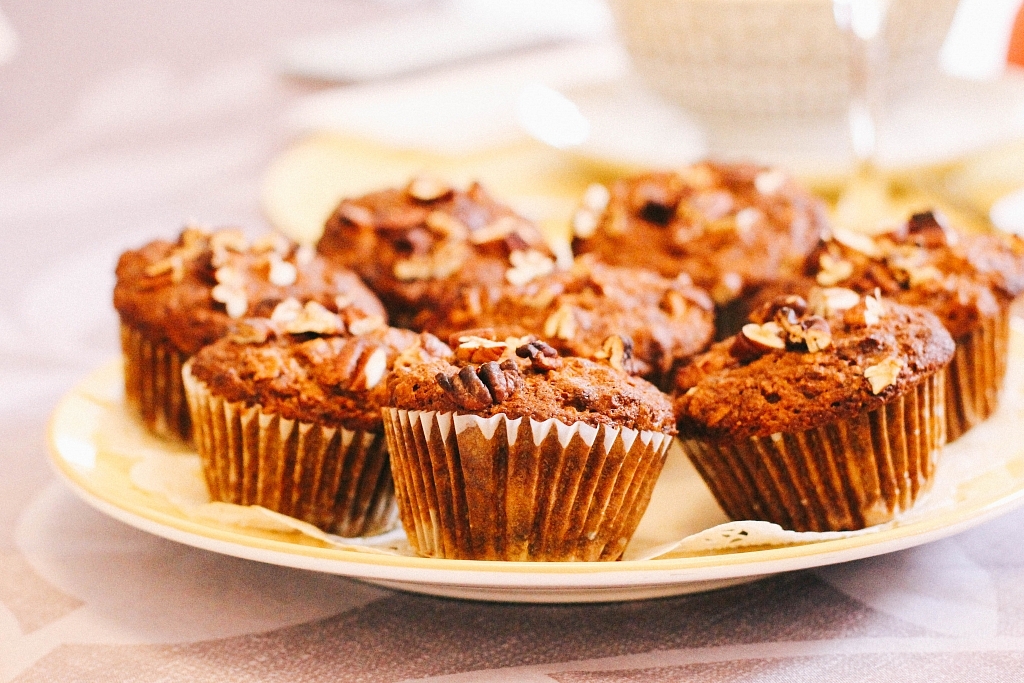 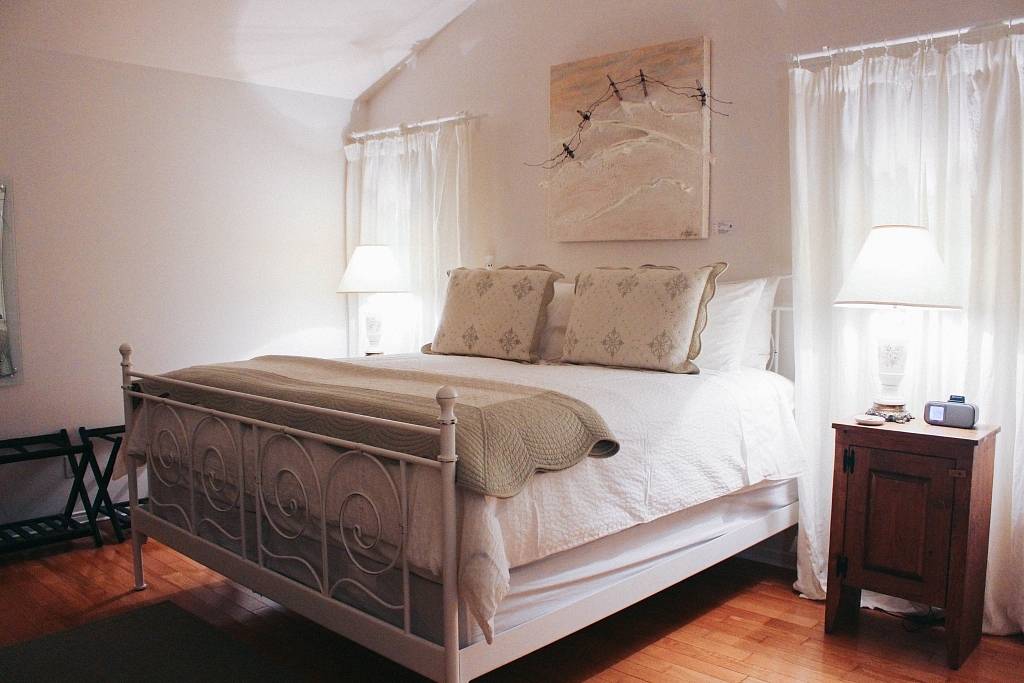 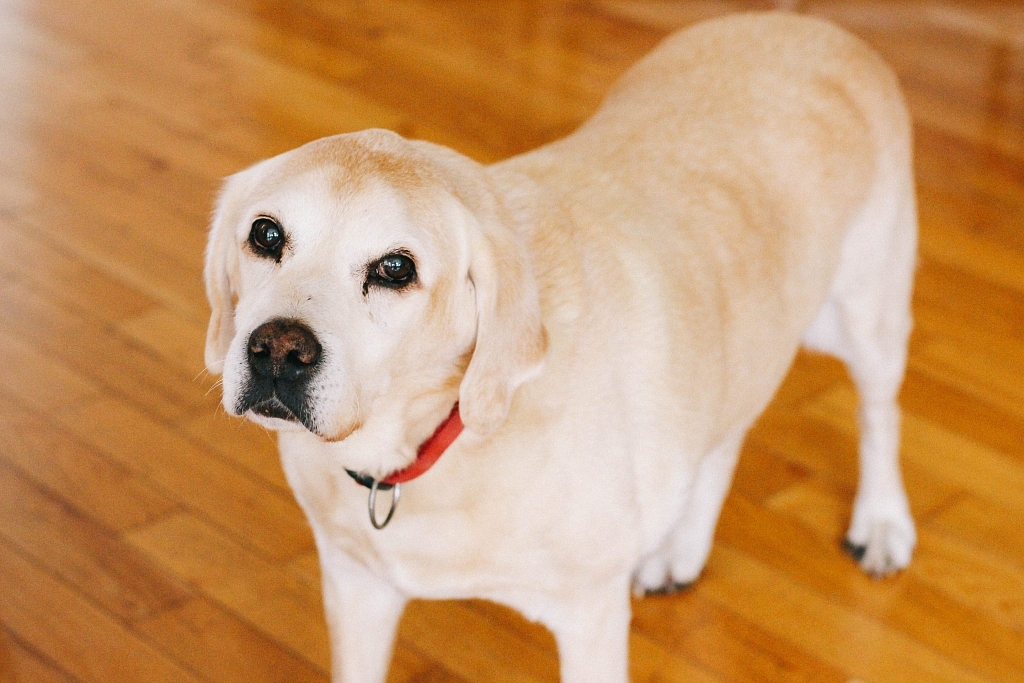 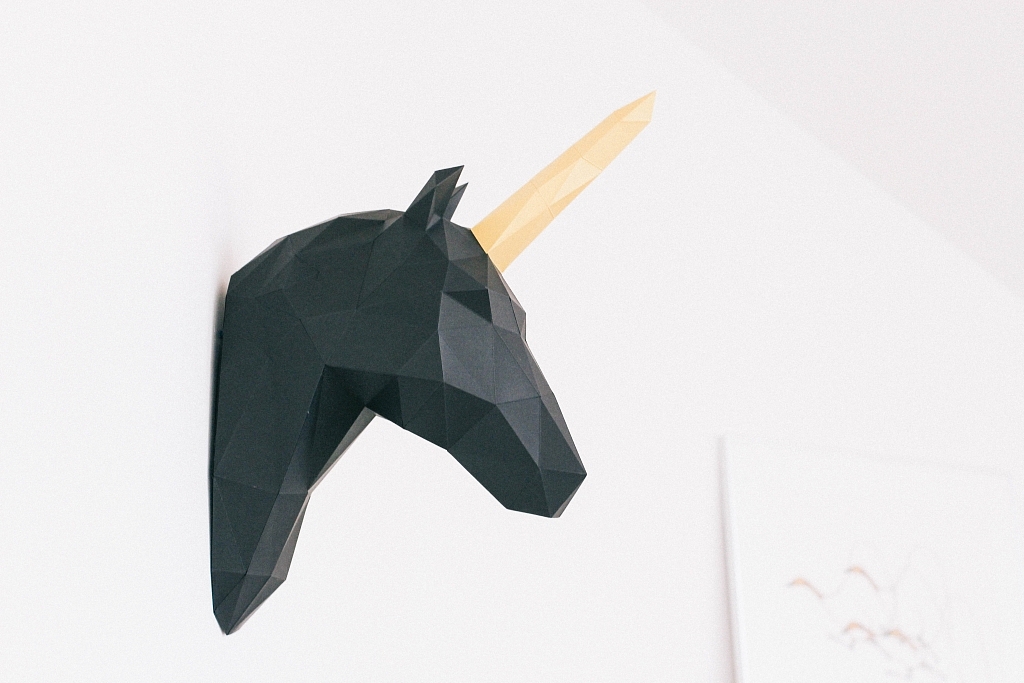 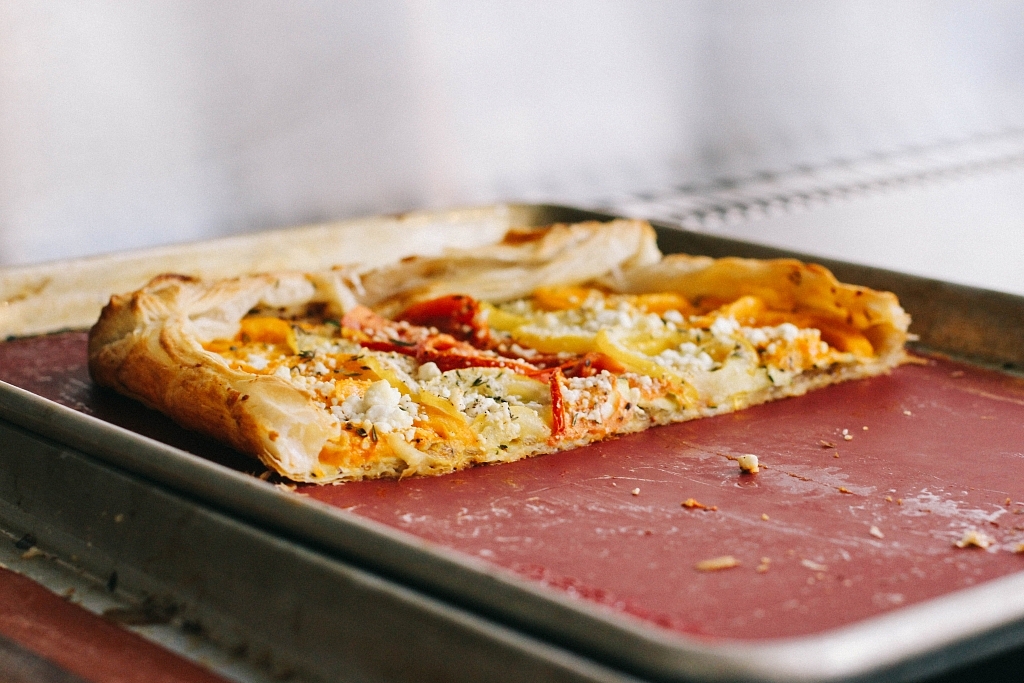 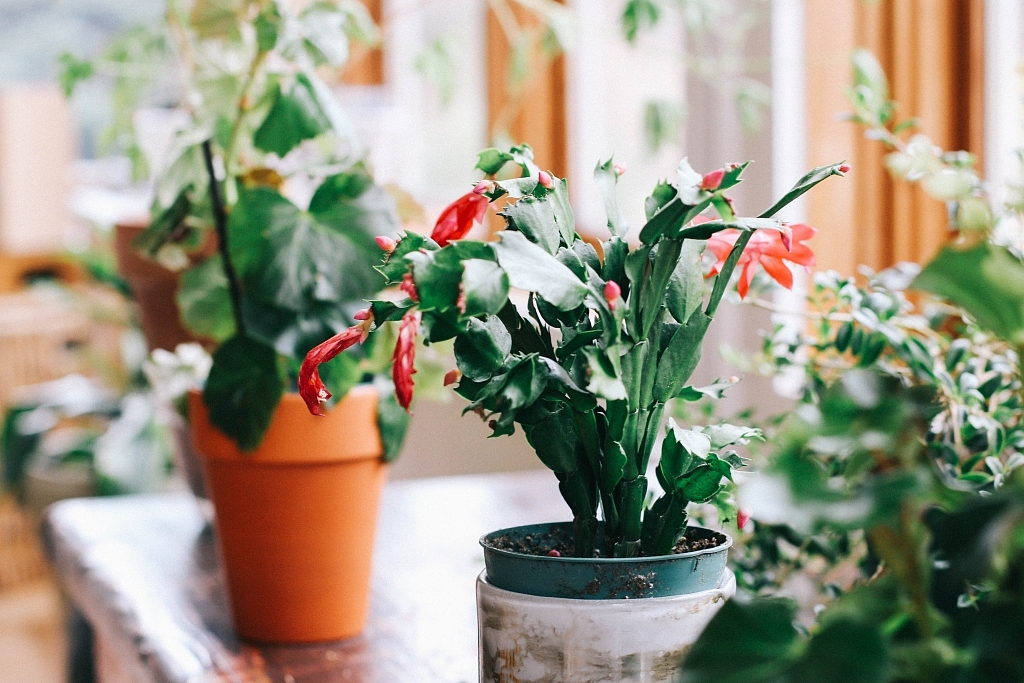 The drastic change in weather was the other factor that negatively impacted our November trip. What otherwise would have felt like paradise quickly turned into Hades and we eventually compromised on some of our plans just to make sure we were safe. However, we did manage to persevere, and met some great people along the way. A special thanks goes out to the Friends of the Greenbelt Foundation and the Ontario Culinary Tourism Alliance for inspiring this trip. And of course, a huge thank you to Silvia and Sébastien, for being the most incredible hosts two girls could ask for. We hope to see you again soon!

For more details about the places we visited and recommendations on where to go (and not go), check out my Guide to Prince Edward County.