Attempting the Art of Breakfast in Bed

And a recipe for blueberry oatmeal cups 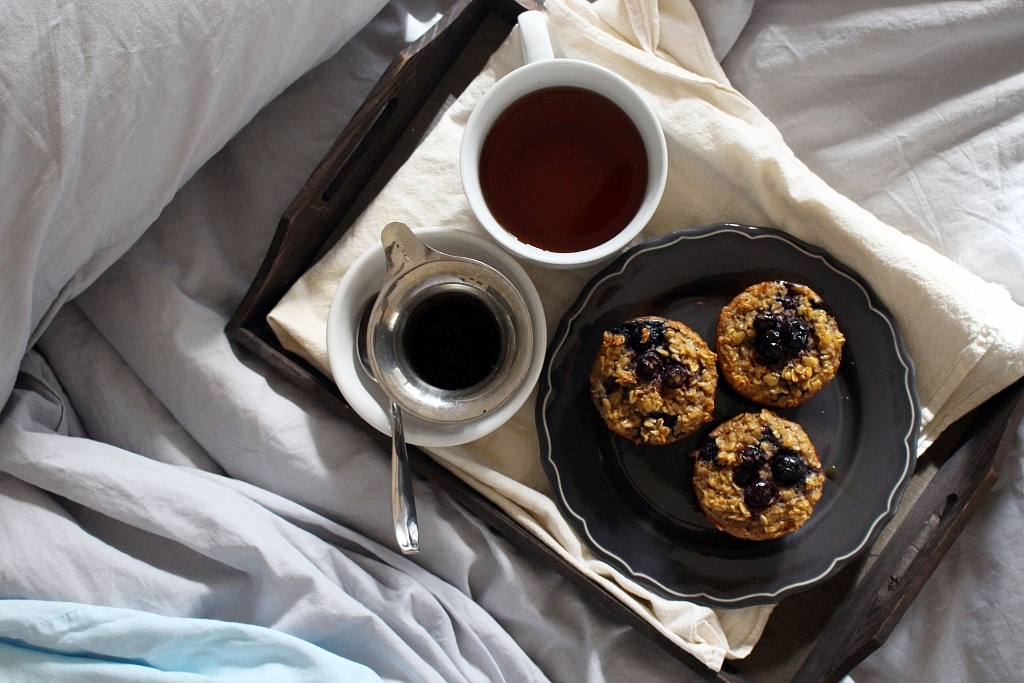 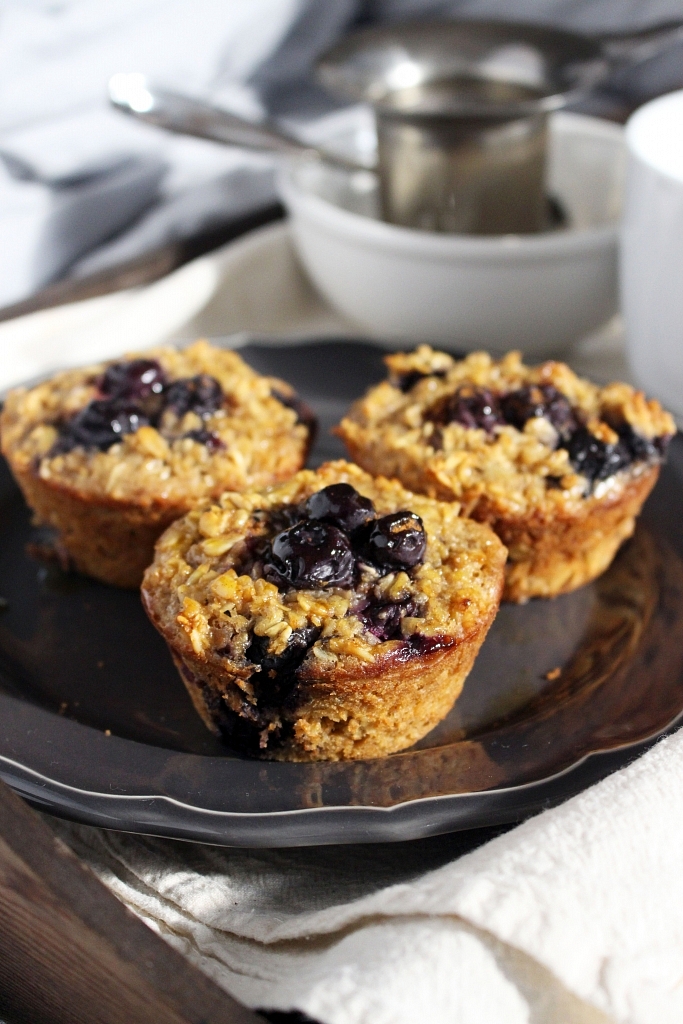 Do you remember the last time you had breakfast in bed? I certainly don’t. Today, lavish in-bed meals are typically associated with special occasions such as Valentine’s or Mother’s Day. However, there was a time when it was a much more common occurrence in Aristocratic Europe.

I came across “breakfast in bed etiquette” as a Reddit topic recently in the context of Downton Abbey. If you watch the show, you may have noticed that married ladies of the time period took their breakfast in bed, while their husbands, other males, and single women would eat in the dining room downstairs. This was apparently traditional protocol on both sides of the pond from the mid-19th century through the early 1920s.

As a  extremely modern woman, the thought of waiting for someone to bring me food while I lie around doing nothing is laughable. Plus, I hate crumbs. And spills.

And yet, the idea of breakfast in bed is still enticing. So one day, I challenged myself to do it. 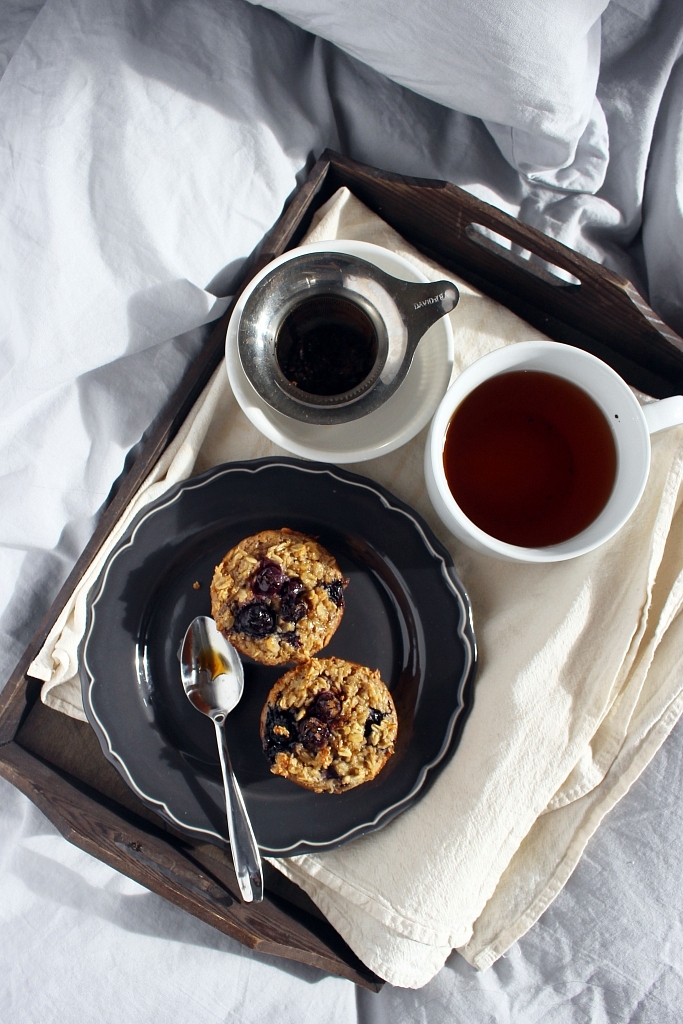 First, I needed to devise a recipe that would allow me to relax and actually eat in bed without getting anxious about a mess or putting in too much effort (slightly less important but notable consideration: the food also had to look good against my grey sheets). People who post photos of themselves about to devour giant stacks of pancakes topped with dangerously sticky maple syrup and melted butter in bed are straight up kidding themselves. How could you possibly enjoy that experience?

I eventually came across a goldmine of Pinterest recipes for alternative ways to prepare oatmeal and knew this would be the solution. Transform overnight oats into muffin form? Genius. No mess, no fuss, and hardly any effort to make. Bonus points for being pretty healthy as well.

Next, I had to capture the perfect “breakfast tray casually placed on bed” photos (because if it’s not on Instagram, did it even happen?). Without being too dramatic, let’s just say that it was a battle of epic proportions. First it was too sunny, and then it was too cloudy. First my Earl Grey tea was under-steeped, and then it was over-steeped. And at one point, I got so hungry that I allowed myself to eat one of the uglier oatmeal muffin cups only to realize that I had accidentally eaten one of the most photogenic ones in the batch.

After putting away my camera, I looked down at the artfully placed tray in front of me and thought to myself, “Annie, you might actually fail the easiest challenge ever created”. Who knew prescribed relaxation could be so hard?

Thankfully, I eventually got my second wind. I put on a John Coltrane playlist, made a new pot of tea, and put on a comfortable robe. Then, I actually forced myself to slide back under the sheets, read a book, and eat the damn oatmeal cups. It felt weird at first, but after twenty minutes, I realized that I was actually (and somewhat sheepishly) enjoying breakfast in bed.

The artificial bliss lasted about another five minutes before I closed my book and called up my friend to go for lunch.