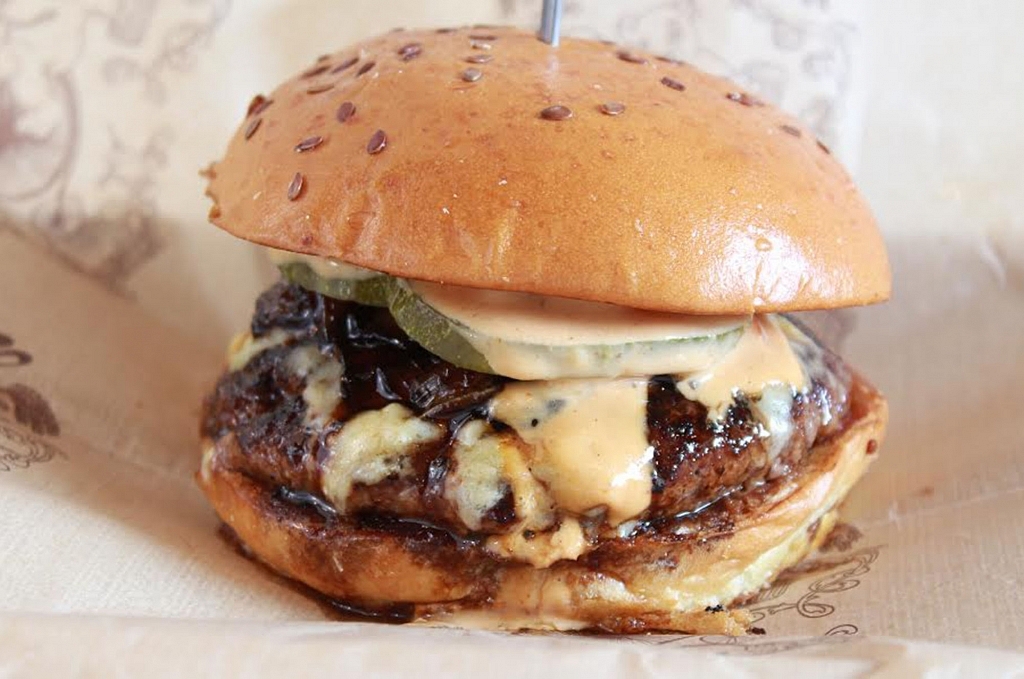 If you’ve been intrigued by or confused about Bareburger, join the club. In the last month, it has become my single most asked-about restaurant (other than Uncle Tetsu’s Cheesecake right across the street). Is it a burger chain? Technically, yes. In fact, the Bareburger franchise has many well-established locations throughout the United States. This year, they finally landed on Canadian soil and lucky for us Torontonians (seriously, we are spoiled for choice in this city), they decided to open their first international location at the corner of Bay and Dundas.

However, unlike most other burger chains, Bareburger hardly resembles any fast food restaurant you’ve ever encountered. And that’s largely because they did not start out with a chain mentality. Bareburger founder Euripides (or EP for short, as he concedes, Greek men are notorious for having hard-to-remember names) had a pretty humble beginning in this restaurant business. Basically, EP and some peeps had a bar in Brooklyn, New York. The bar failed, but the burgers were something special. With fingers crossed and a large line of credit, he decided to build “an even better burger” and start a restaurant in his hometown of Astoria, Queens. Within a few short years, the all-natural, organic and local burgers became a hit, and the rest is history. 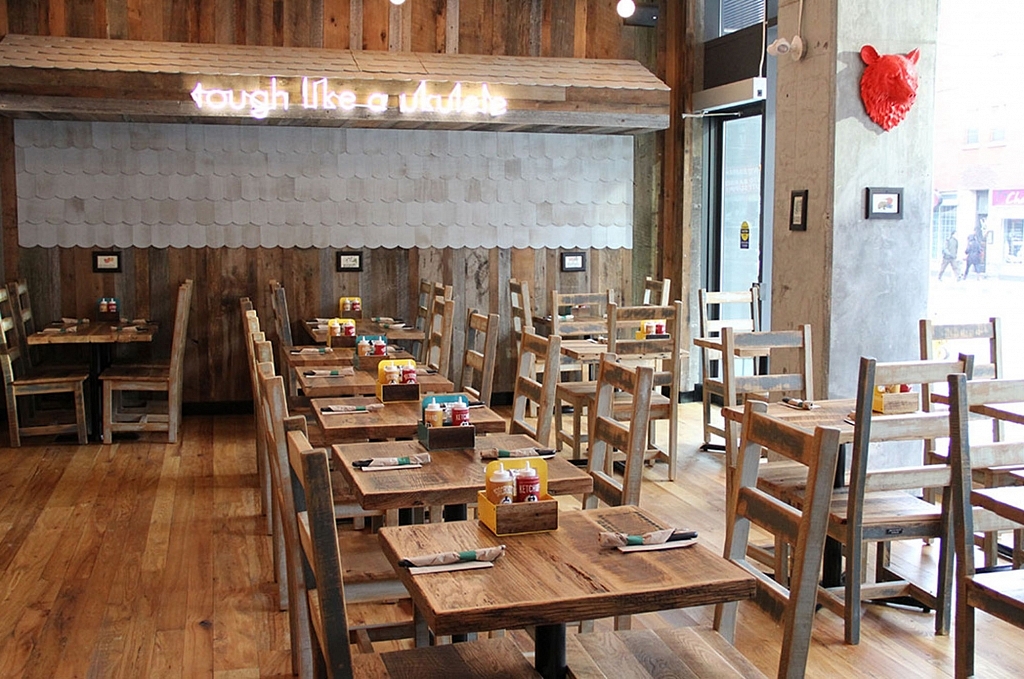 Each location has similar elements, but the brand’s focus on local is much more than a marketing strategy. Before arriving in Toronto, the team had worked hard to source out some of the best dairy, meat, and produce providers in the GTA. In fact, they proudly boast that all their meats are free-range, humanely and pasture raised, antibiotic, hormone and gluten free. They’re also fully licensed and have a well-curated selection of local craft beers to choose from, unless you’re more in the mood for one of their signature cocktails. This commitment to local extends to the décor as well. From the tables and chairs to the panelled walls, the entire restaurant is made from refurbished wood and other sustainable materials sourced around Toronto.

The salads, black bean burger and the Farmstead Wrap (held together with steamed collard greens) will make coming here a safe choice for vegetarians and celiacs, but the burgers and sandwiches are undoubtedly the main selling point. Most of the burger specials range between $12 to $15, and had my mouth watering even before I tasted them. The guacamole in the El Matador was such a nice consistency, but I was even more impressed to find out that the tender elk used in the Blue Elk burger I tried was not cut with any other fat. You can choose from bison, wild boar, turkey, and duck, and about every kind of bacon you’ve never tried. Refreshingly, all the red meats are cooked to medium well unless otherwise requested. And if you can’t make up your mind, there’s also an option of creating your own fully-customized burger.

The first time I visited Bareburger, I was touched that the whole team from New York had flown out for this special media dinner. In addition to hearing about the origins of the restaurant and its future expansions (Tokyo up next) from the hilarious and laid back EP, Executive Chef Andrew also walked us through a few of the dishes. The North Carolina native acknowledged that he didn’t know too much about “Canadian cuisine”, but made sure to show off the brisket poutine that they had created just for the Toronto location. A valiant effort! 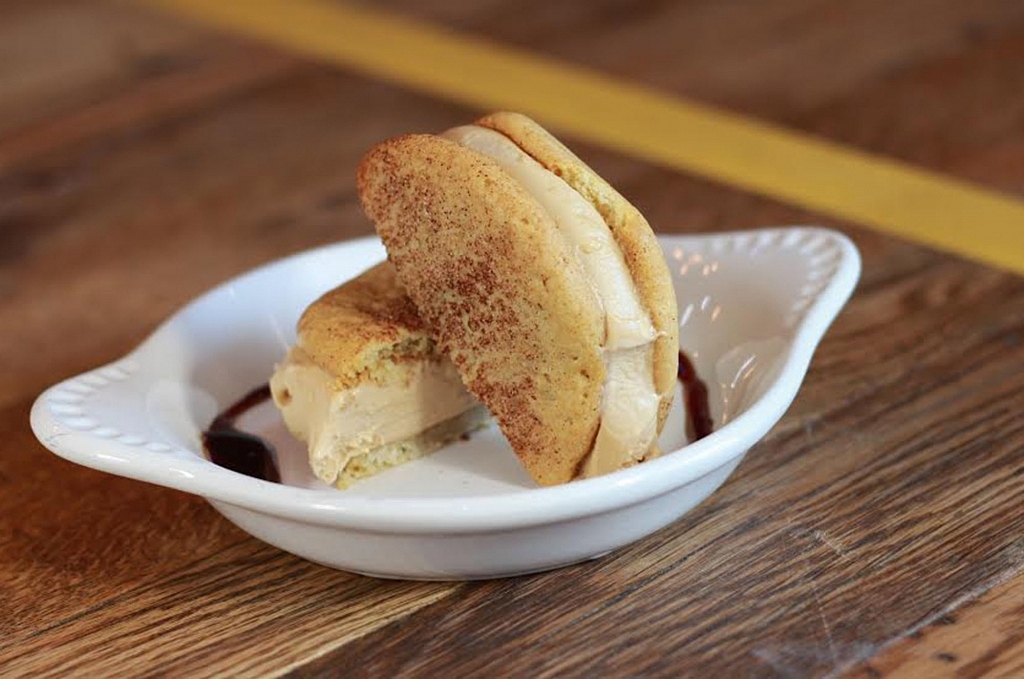 You should come here if: You don’t mind paying a little extra for high quality, local, casual fare.

You should not come here if: You think sustainability is pretentious.

Final Note: Many come and order out, but the restaurant is designed to be an ideal spot for a nice sit-down family dinner or a friendly coworker lunch as well. As EP described to me, “I wanted to give people a spot where they could come for good food, but feel okay being dressed in sweatpants”. It’s certainly that, and it’s a place I certainly intend on visiting again and again.