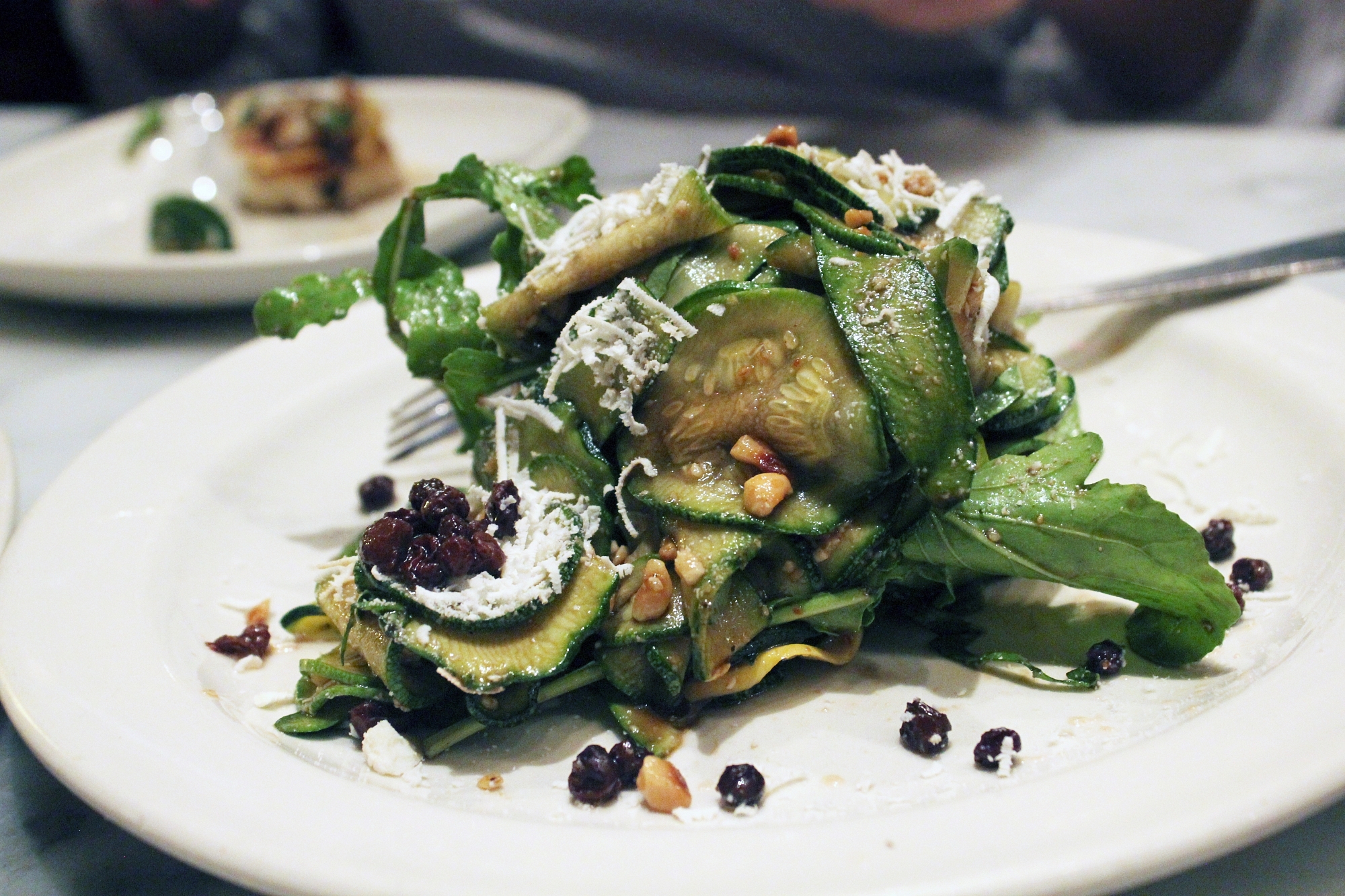 After lengthy deliberation, I have come up with one of my classic Top 10 Lists to highlight ten of the most outstanding dishes that I’ve had the pleasure of enjoying this year, in ascending order.

Other than the fact that I was quite excited to be in one of the most well-known restaurants to have been referenced in Sex and the City, this was simply the best Eggs Benedict I’ve had to date. Sure, I wouldn’t want to eat things fried with peanut oil every day, but once in a blue moon, it’s a pure and wonderful indulgence.

This is a signature dish at one of the coolest little upscale-yet-homestyle Italian-inspired restaurants located on Queen West. I went there with two friends to celebrate (very loosely) the birthday of the head chef, and we indulged in plate after plate of delicious food from scallops crudo to duck confit. Although everything was delicious, my favourite dish was still the tried-and-true lasagna. Nothing is more comforting to me than a rich and cheesy pasta dish made with high quality ingredients and love.

Each dessert that we had from XOCO was great on its own, but the sheer insanity of eating around ten desserts at once was what gives this dessert spread a spot on the list. If I had to pick though, the berry soft serve ice cream, Mayan hot chocolate and the Tres Leches Cake were the three stand out ones. So simple, and so good.

It had taken me way to long to try this. But now that I have, I crave it all the time. I only wish that certain other Thai restaurants would take a hint and stop serving atrocious versions of “Pad Thai” that taste like soggy rice noodles soaked in ketchup and soy sauce.

I just had this dish a few weeks ago at of one of the most popular lunchtime restaurants in downtown Vancouver. The braised short ribs were so very succulent, and the eggs were cooked to the kind that perfection that can perk up the gloomiest of rainy days (note: it was actually a beautiful day when I ate it…)

The Niagara Peaches was a perfect dessert that I had ordered off the Summerlicious Menu. Imagine Darjeerling tea turned into a panna cotta topped with sweet peaches, bites of citrus cake, little pearls, bourbon syrup, and a sprig of mint. Just….amazing.

This was one of the best lines I’ve ever stood in to wait for food, and all the better because my friends were already at the front of the line by the time I arrived at Smorgasburg, New York’s premiere “Food Flea Market”. This is what “smothered” is supposed to taste like.

All I’m saying is, 2013 was the year I truly developed a love for fried chicken. Not that I’ve never liked fried chicken before, but I think there was awhile when most people associated fried chicken in North America with the greasy and not-so-very-good fried chicken from KFC. With the increasingly popular restaurant concept of elevating basic food, I think we really saw a wave of classy fried chicken popping up on plates everywhere. Additionally, I reallydeveloped a constant craving for chicken and waffles (even when I knew it was going to be really bad, like at the concert grounds of a Mumford and Sons concert in Simcoe…). But seriously, what an amazing combination. Sadly, as much as I hate to admit it, I think chicken and waffles is a trend (like kale salads or bacon-everything) that is going to die down quietly in 2014.

This squash arugula salad was one of the best things I have ever tasted.  The complexity of the flavour profile exhibited alternating layers of richness, lightness and acidity, all grounded by the earthy zucchini. The hazelnuts and currants also provided a refreshing textural contrast. (pictured in feature photo)

This was everything that I ever wanted to eat in a dish and it was heaven in every single delicious bite. Sous vide chicken and braised octopus? I’ll take that over dry steak and shrimp any day. Braised octopus is not easy to master, but when it is done right, it is truly a masterpiece.

I often wonder why New Years’ resolutions to lose weight are so difficult, but after going through this list, I understand why! Since I’m composing this post while on the plane, which has some of the worst food ever, I am getting rather hungry and hope that Montreal will greet me with some culinary surprises.

Wishing you and your families a great year of great food, good health and happiness!