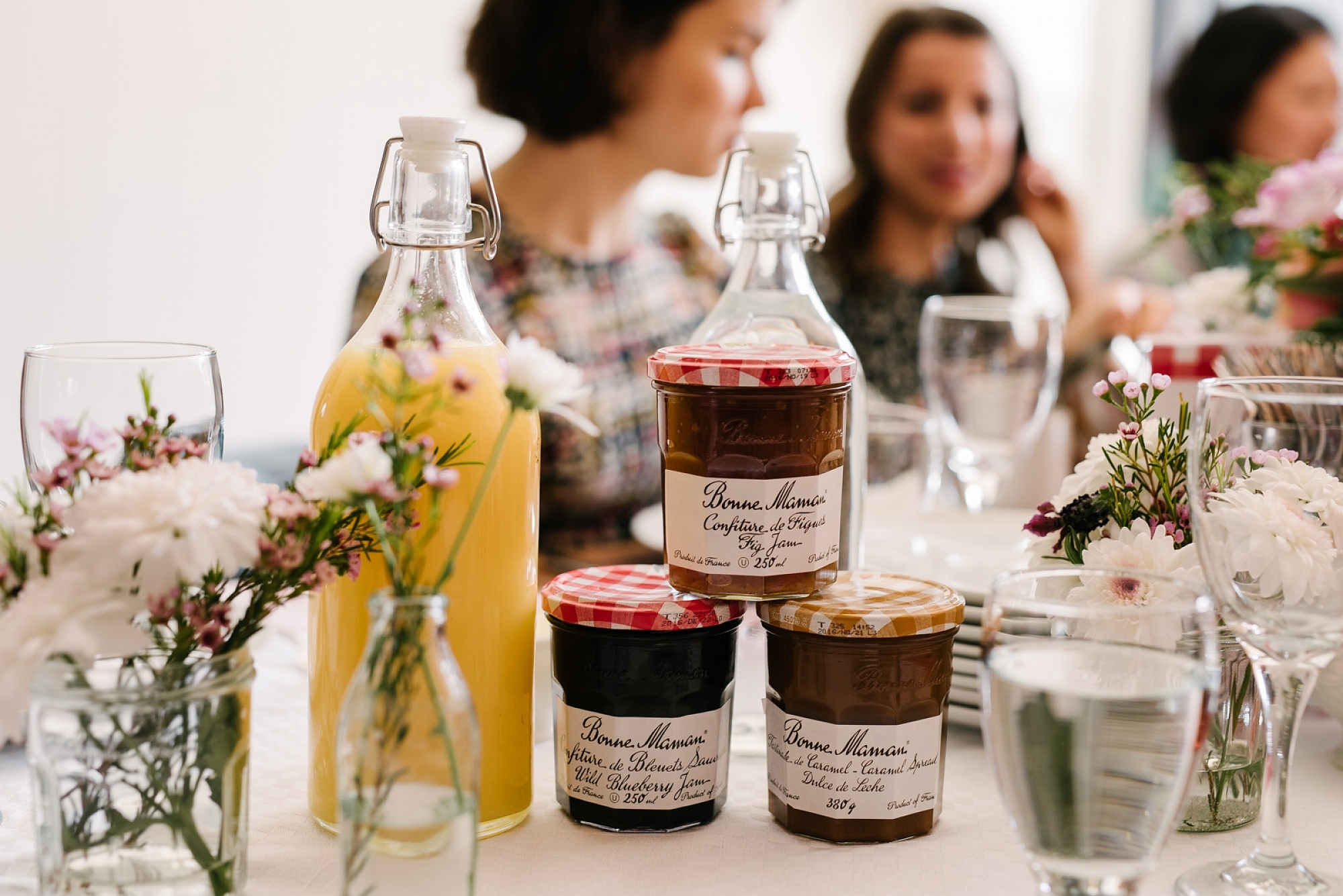 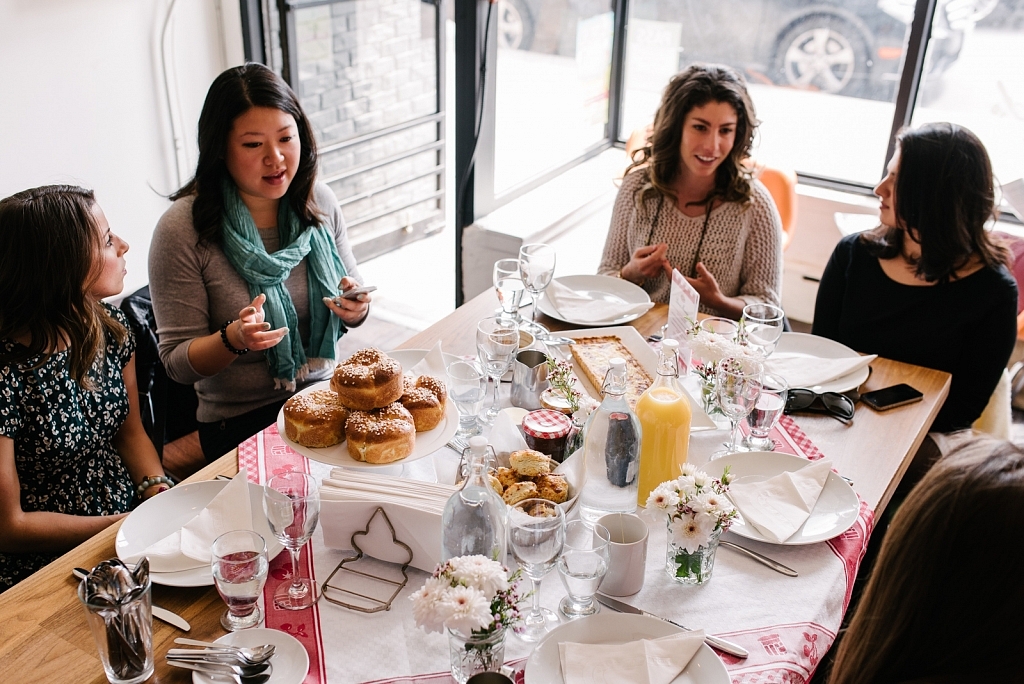 I was introduced to my first jar of Bonne Maman jam on my inaugural trip to a Lyonnais grocery store. For the majority of my French exchange year, my shopping routine primarily consisted of aimless wandering tempered with a healthy spirit of trial and error. Many of these food items were new to me, and I had yet to develop the discerning eye of a French woman when it came to stocking my (very minimal) pantry. But I needed jam. And with its red gingham lid and whimsical lettering, the Bonne Maman jar stood out from the other strawberry choices on the shelf. I gingerly added it to my pile and hoped that it wouldn’t disappoint. 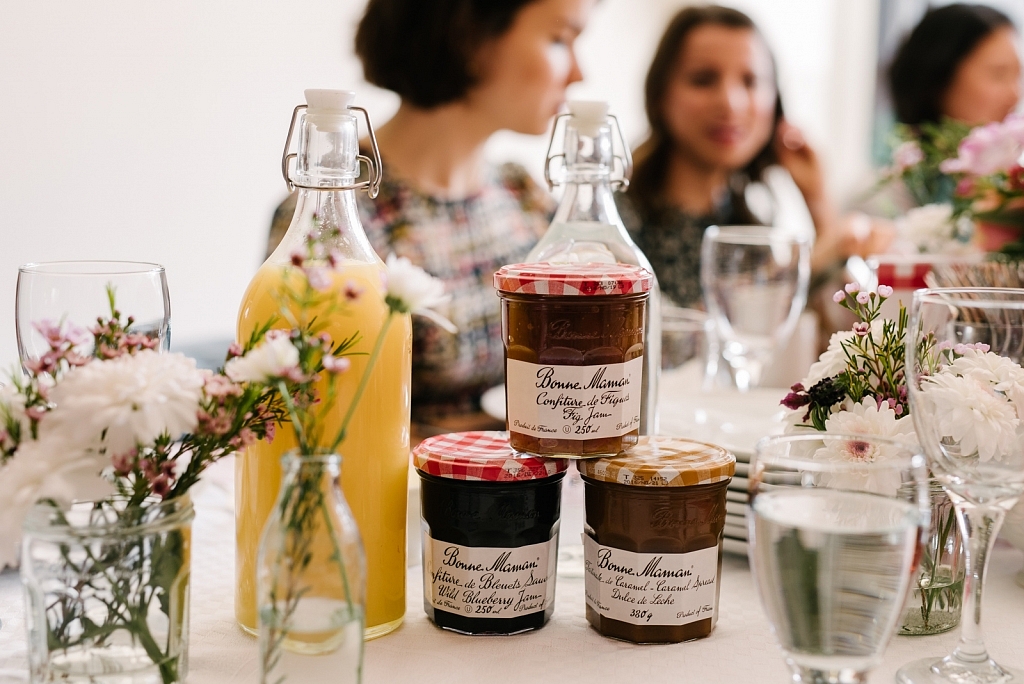 Despite the fact that I purchased it based on appearance, I soon learned that Bonne Maman was, and is, a highly respected brand in France. Known for its dedication to using traditional recipes and all natural ingredients (no artificial colourings, additives or preservatives), it is a perfect example of how the French have made living well appear effortless.

Little did I expect that six years later, I would find myself surrounded by dozens of these jam jars at a French bakery in Toronto. Last Sunday, I was invited to the Tempered Room to attend a “Jammin’ Brunch”, hosted by chef and food stylist extraordinaire, Christine Tizzard. Davida from the Healthy Maven also co-hosted, inviting along a few of her favourite Toronto bloggers to round out our intimate gathering. 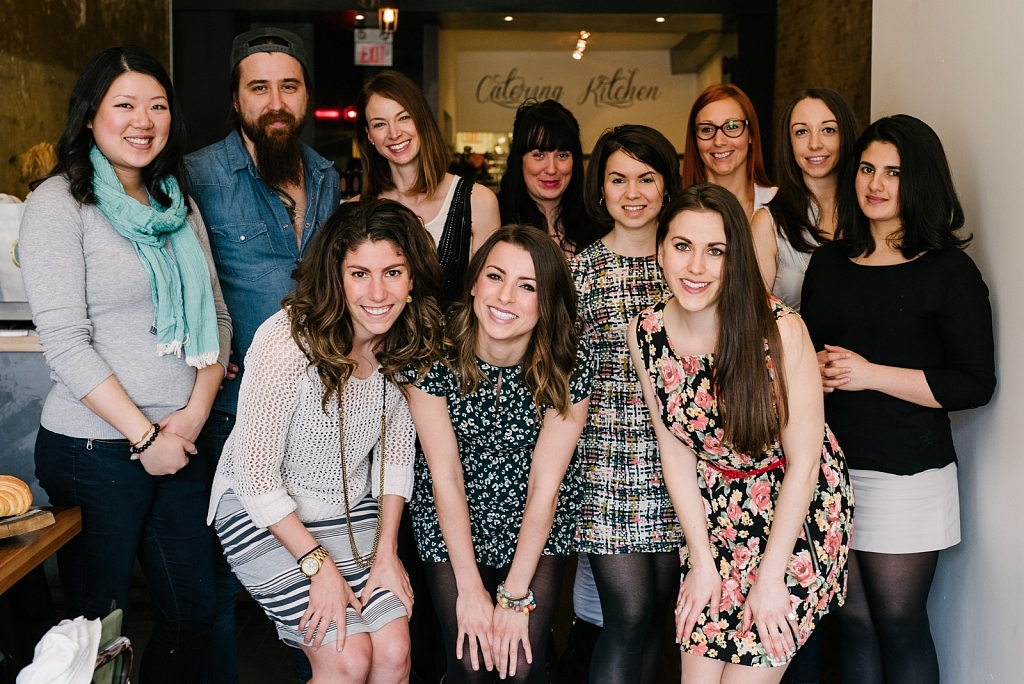 Chef Bertrand Alépée really rolled up his sleeves for us today and created a magnificent menu. We started off by helping ourselves to water and orange juice before we each made our caffeine choices (cappuccino for me, as usual). Then, the pastries started arriving. I heard the rustle of the flaky butter and almond croissants before I saw them. These were followed by a silky bacon and caramelized onion quiche, aged cheddar and herb biscuits (excellent with the Bonne Maman fig jam), and a heart-wrenching-ly nostalgic tower of fluffy brioche (I was introduced to this bread for the first time in Lyon too). 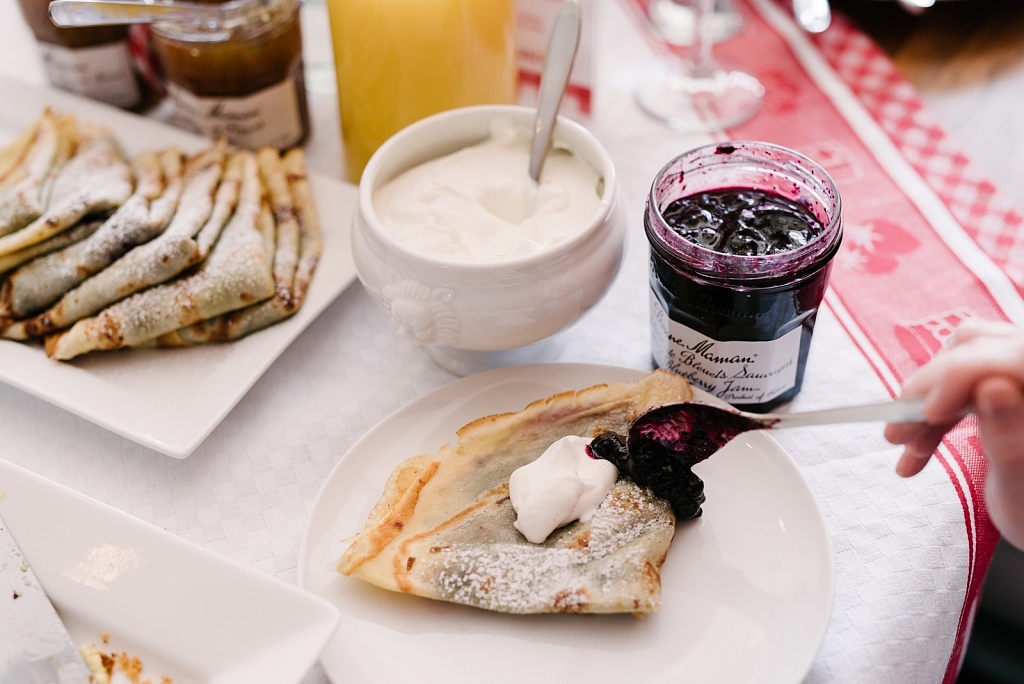 If I am allowed to classify dessert items in this meal (though the whole meal was a sweet treat), I would put the soft crepes filled with Bonne Maman Wild Blueberry Jam and vanilla Chantilly, and the orange and vanilla choux à la crème with Bonne Maman Dulce de Leche in that category.

There was a very audible pause as all of us stared in awe at the spread before us, which was only eventually punctuated by the click click of our photographer Jeffrey’s camera. 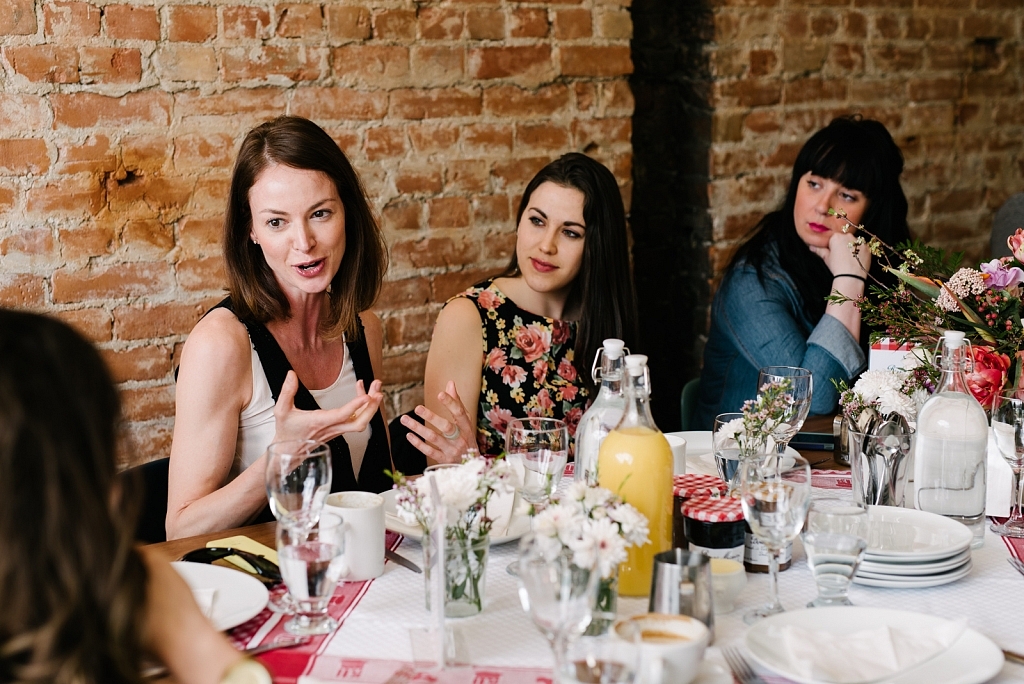 Christine is one of those women who has enough charisma to fill a room. As our host, she shared stories with us of her fond memories growing up in Newfoundland. Even though good produce was scarce (numerous iceberg salads were had), fresh berry picking for jams was always a cherished pastime. She found a different kind of comfort in jams when she was later introduced to the Bonne Maman brand herself in France, and insists that fruit somehow just tastes, “well, more like fruit there”. I smiled knowing exactly what she meant. 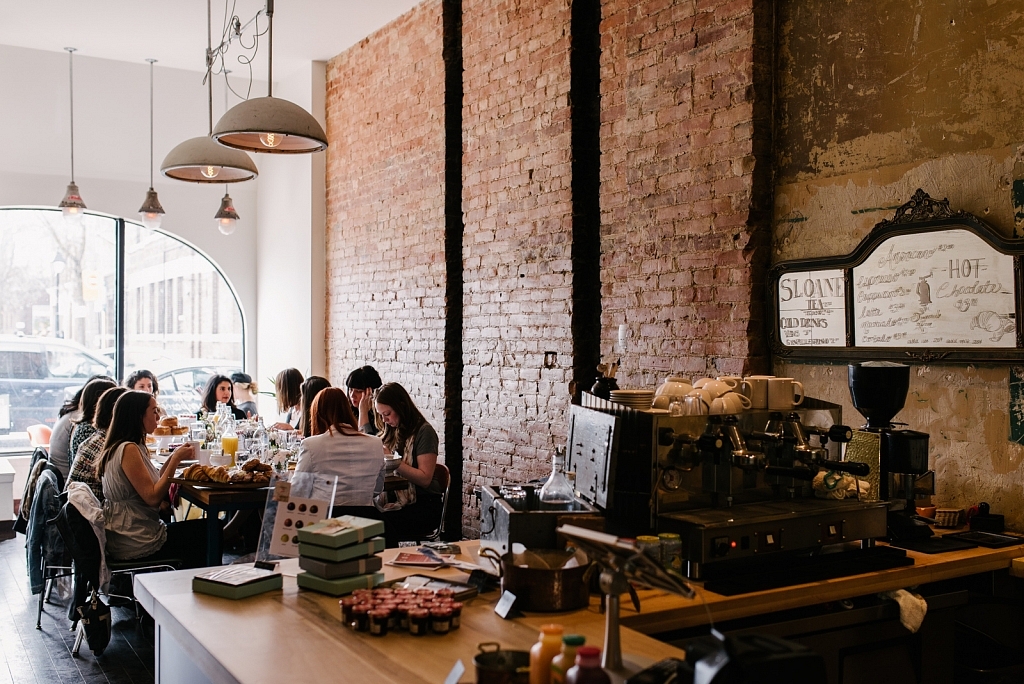 By the end of my exchange year, I had finally learned to pick the plumpest chickens and freshest cheese with the best of them at the Sunday market on the river. But I continued to buy Bonne Maman jam, and still do today. Despite this being a brand promotion event, I am truly thankful to have had the opportunity to reminisce about my time in France through this brunch. Oh, and if you’re still itching for more info about The Tempered Room and the Tempered Chef, don’t worry, you’ll be seeing more of them on the blog eventually.

Note: All the photos in the post were taken by Jeffrey Chan. Thank you to Bonne Maman and everyone who organized the event for inviting me as a guest to this beautiful brunch.