Catering to the Opera 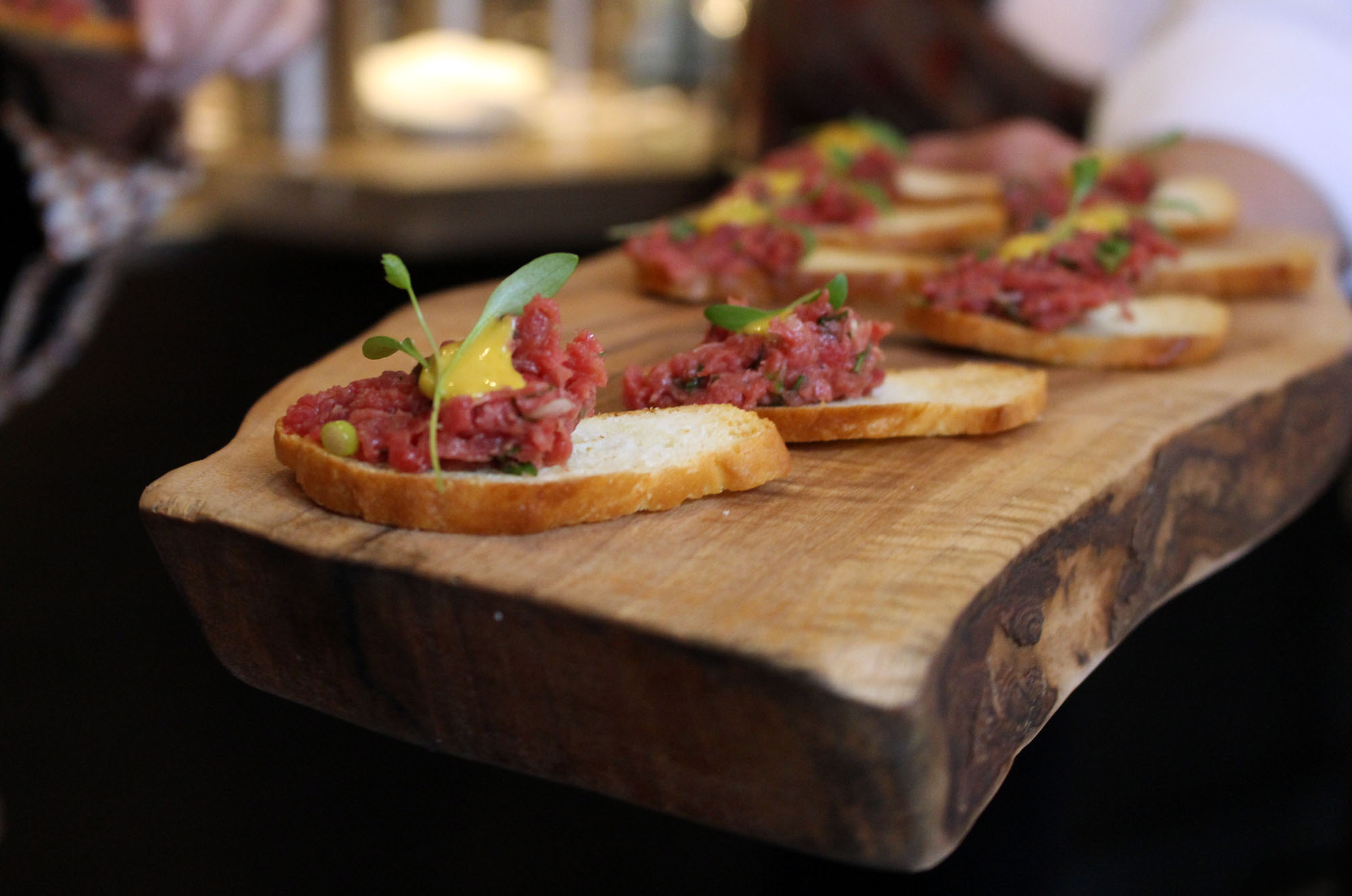 What does it take to cater (literally) to the Toronto elite? Chef David Lee could definitely tell you about it—that is, if you ever get the chance to see the busy chef and businessman outside of the kitchen. Having spent his earlier years training under various chefs in England and traveling around the world cooking for media and royalty, David moved to Canada upon being hired by Chef Marc Thuet to work as Chef de Cuisine at Centro. A few years later, made the move to Splendido, which he acquired with his partners. In August 2008, David opened Nota Bene on Queen Street West, which has been awarded “Best New Restaurant” by both Toronto Life and enRoute Magazine. David’s work has led him across the globe, including a recent extended stay in Texas where he perfected the art of the barbecue. Following his time there, David and his partners brought the smoky flavours of the American South to Toronto in the form of Queen Street East’s The Carbon Bar. As of February 2015, David is the sole owner of Nota Bene. 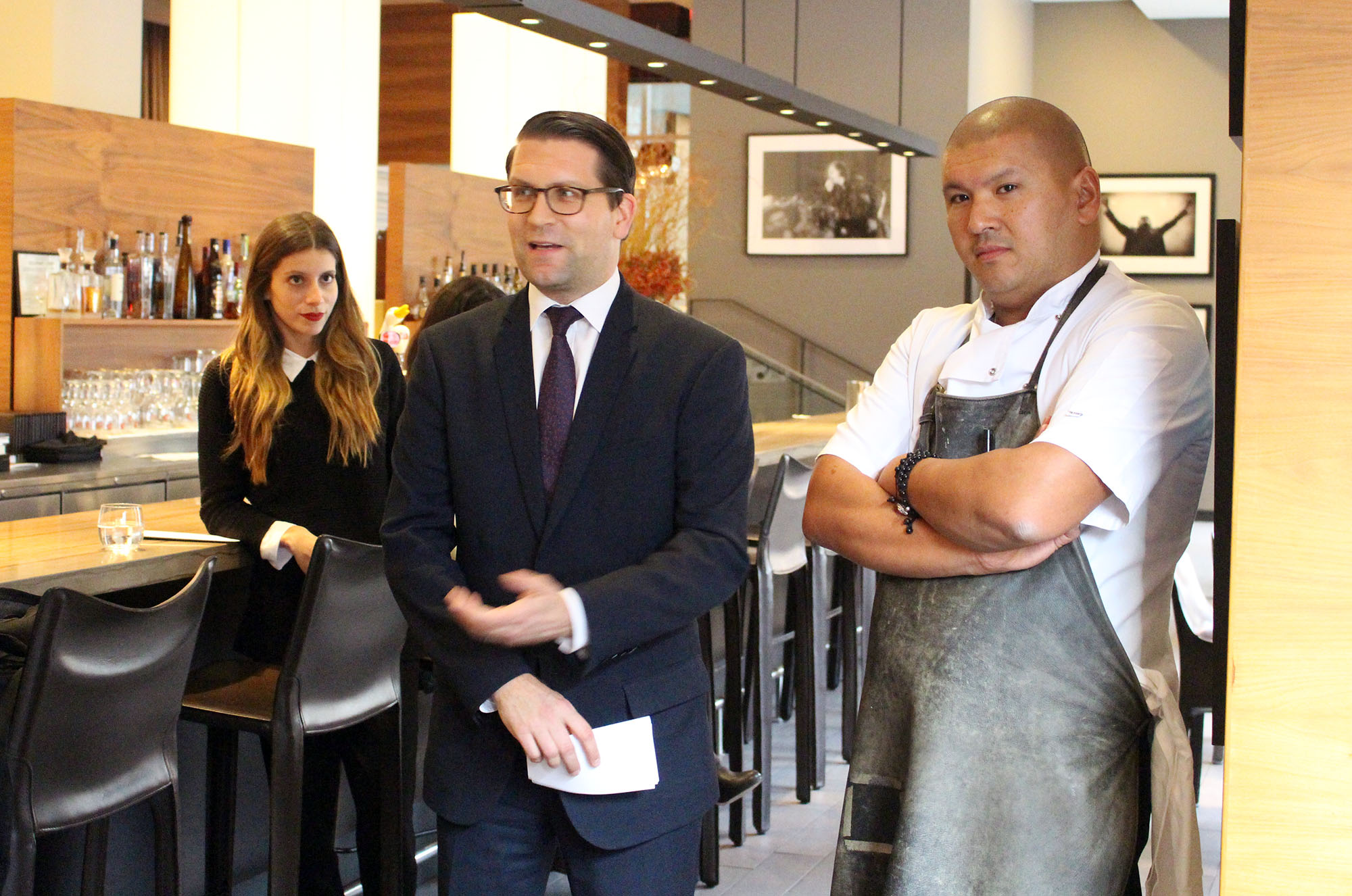 From hot little porcini arancini bites and crab croquettes bursting with hits of ginger to Asian steak tartare on crostini, every dish was carefully designed to be as beautiful as it was easily enjoyed in two bites or less. If I can manage the food while holding a wine glass and clutch while maintaining my grace and composure in heels, the dish is a cocktail reception success. The variety of options is also important. Creating buttermilk-fried oysters for the most adventurous palettes, grilled cheese for the least adventurous, and avocado rice rolls for the gluten and dairy intolerant is a sure sign of thoughtful planning.

The Centre Stage event itself is a fierce vocal competition featuring young opera singers being considered for a privileged spot in the COC’s distinguished training program, the Ensemble Studio. Hosting Centre Stage this year are, for the first time, the competition’s previous winners: soprano Karine Boucher and tenor Charles Sy, both current members of the COC Ensemble Studio.

Tickets to Centre Stage are $100 for the cocktail reception and vocal competition, but the tickets for the intimate on-stage dinner with cuisine specially designed and sourced for the evening start at $1,500. And though I’m sure these patrons are happy to give to the opera regardless, there’s no doubt that they are expecting to be treated to a very special dinner. Coupled with the fact that the singers can’t eat anything at all hours before the performance and are ravenous by the time the show is over, expectations are high. David has a daunting task ahead, but with all his experience, I am sure that it is going to be a memorable meal enjoyed by all.

Final Note: Tickets are available online at www.coc.ca, by calling 416-363-8231, or in person at the Four Seasons Centre for the Performing Arts Box Office, located at 145 Queen St. W., Monday to Saturday from 11 a.m. to 6 p.m. Visit COCCentreStage.ca for more information. Specially priced $35 tickets are also available for patrons between the ages of 16 and 29 through Opera Under 30 sponsored by TD Bank Group.