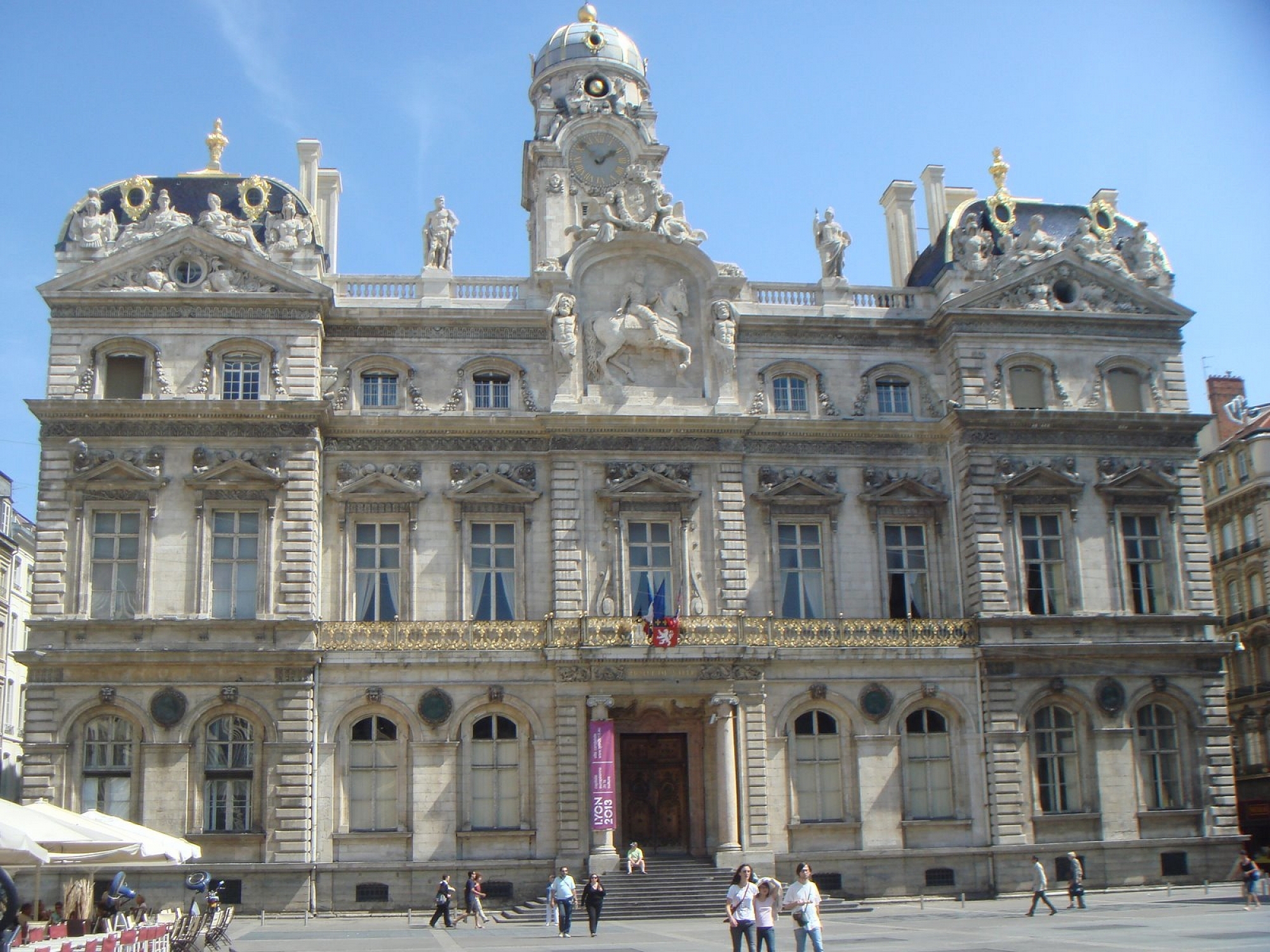 From the Archives: First Days of My Exchange in Lyon, France

An unedited look at some of the very first posts of my blog!

Some of you may not know that I started the first version of this blog because I was going on a university exchange to Lyon, France a whole decade ago during the 2008-2009 school year. During my recently digital decluttering efforts, I came across some hilarious and endearingly naïve posts from the very early days that did not get transferred over to the new blog during the redesign. I thought I would share a few here and there for your entertainment, and to preserve the spirit of a bygone era of spontaneous journal blogging. Here are a few (unedited) posts from my very first days:

So, this is my first post in France. Not having internet really sucks. At residence, I probably won’t get it until September 22nd, so…don’t get TOO anxious waiting for my blog posts, cause they will not come as quickly. I am at the local McDo (McDonald’s) using the WiFi. Me and one of my friends Heather, that I met through the ORA Program, struggled to get connectivity for about half an hour, before we made a friend at the next table, Fanny, who tried to help us and we later realized that the only real place that you can get the non-McDo connectivity is at her table. So, we’re all friends now, I guess!

Lyon is awesome. It is beautiful, the people are lovely, and the weather has been wonderful….for the first two days. It is still awesome, but in-between periods of ridiculously heavy rain…it gives Vancouver a run for her money! And the French bureaucracy? Not as bad as I thought at all! In fact, things have been going very splendidly in that domain. And they are much faster than Canadians, they don’t take time to think about other options, it’s bam bam bam, and voila! You have your assurance locative, your carte de residence and your carte TCL du Metro.

Food is delicious, but very expensive. Even looking at the price in dollars seems a bit pricey, and then you realize…oh my god! That’s in EUROS! But for some reason, I have felt not the need to eat nearly as much as I did in Canada (especially not Taiwan, for that matter, where I think I ate 4X the amount of food that I am eating in France). And seriously, I really AM eating a half a baguette, some Camembert or Roquefort cheese and some cold cuts for breakfast almost everyday! And it’s fine to me! Especially because they eat dinner really really late here, on average at about 8:30 pm. It’s actually a really great lifestyle though, because although eating early is usually considered better for your health, North Americans often eat a rushed dinner at 5:30 or 6:00, and then continue to putter around with work and homework or decompose in front of the TV or computer for the next couple of hours before going to bed. The French see dinner as the end spectacle to a great day, and kinda just chill until they go to bed after that.

I know it has been SOO difficult not having me updating you about everything that I am doing, but now, you don’t have to worry anymore, I am back, and you can look forward to many awesome adventures in the next few weeks to come!

Yes, I know that there are many other things that are important in life, but in this century, not having internet access (I only used it about 5 times in the last month, at random cafes and if McDonald’s worked) really makes for a difficult time. “But Annie! You’re in France!” Some might say, but really, it makes things so much easier if I can look up stuff in France to do, so that I can go do them. Or recieve important emails before the events actually happen. But now, the Dementors at the Accueil of our residence finally slipped us our passwords under our doors today, and even though I can only get reception in the far corner of my room, it’s good enough.

So, in 4 days, I will have been in Lyon for a whole month! Wow. Only now am I going to start posting from August…but don’t worry, I’ll catch up soon. I am also making some short videos, so stay tuned for those!

My journey started on the 27th of August, where I boarded the airplane at YVR and prepared for a long ride. What was even longer was the wait at Heathrow Airport in London- 7 freakin hours! And because I had so much carry on with me, I couldn’t really move much. So, basically the items shown in the picture above- a UK version GLAMOUR glossy mag, lemon-lime water (clutch) and chicken sandwiches, were what sustained me for the time. And my laptop, which I used to watch Project Runway before it ran out of battery . So did my iPod. Life’s difficult, ain’t it?

Thank god for Julie, the student who organized the ORA Orientation in Lyon, who was amazing to me and came to pick me up at the airport cause I arrived at midnight, let me stay at her house, and drove me (and my luggage) to the site of the Orientation the next day. (PS- no jet lag . 5 timezone changes and counting!)

I really wasn’t in the mood to take photos because I was resisting the tourist urge, but here are a few to show you what we kinda did on the first two days. Sorta. Above is the picture of the city council building (l’Hôtel de Ville) and below is the a fountain with the four mythical horses, both located in the Place de Terreaux.

Below is the restaurant (Le Tire Bouchon) that we went to for dinner on the first night. Holy crap they say that the portions in French are small (which is generally true) but not for this restaurant! I didn’t take pictures of the dessert or salad , but each portion was pretty much enough for 3 people. I will try to find pictures of the triple cake we had. So, being as full as we were, we took a “walk” up to the Basilica at Fourvière which was really more of a climb up 6 flights of asymmetrical stairs and alleys.

The next day, we went to see La Parc de la Tête d’Or (the Parc of the Golden Head). The park is named that because apparently there is a golden head of Jesus hidden somewhere in it. Go figure. It was awesome. We had a picnic, went on the paddleboats (les pedallos) on the artificial lake and saw a lot of African animals in the zoo. I…have a picture of ducks. But they are African ducks, lol.

Later on in the day, we also went on a two-hour tour of the “traboules”, which are Lyon’s secret passageways used back in the silk creation industry to transport silk safely, and used during WWI and WWII to move from one place to the next. They were cool, but too bad the tour was incredibly boring because we couldn’t actually hear anything that the tour guide was saying, she was whispering anytime we actually saw something important.

Dinner was at L’Entrecôte, where the only thing they served was salad, steak, and fries. No choices. The Lyonnaises are hardcore like that with their formules (menus). Poor Brigitte and Anu (vegetarian and non-beef eater) had to eat a larger salad and a large plate of fries. Dessert was delicious, I had some proliferoles [profiteroles], which were chocolate covered mini cream puffs. Yum.