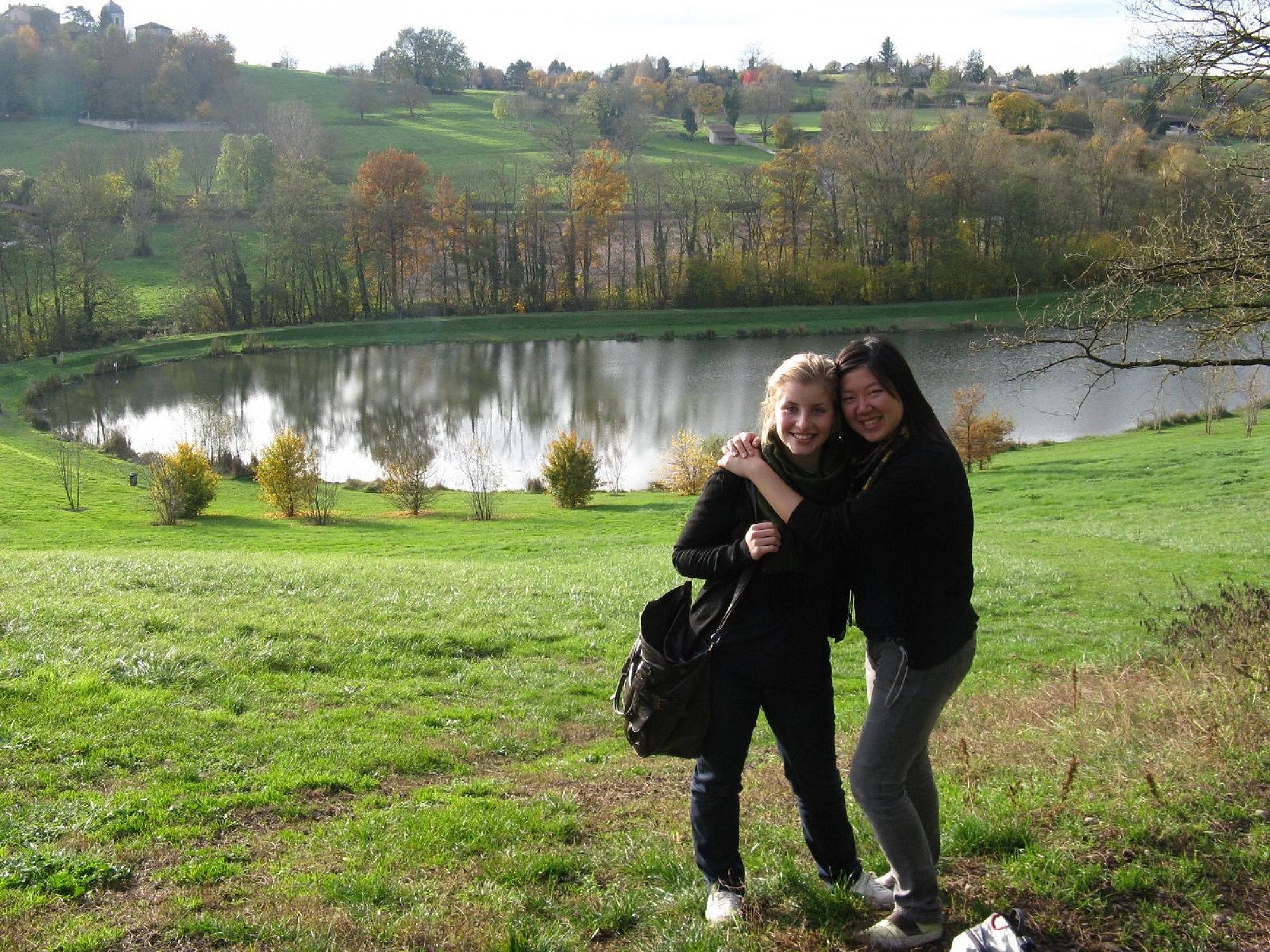 From the Archives: Little Haley from the Swiss Alpes

And a little daytrip to the Medieval City of Pérouges

When you’re already a tourist in a new city, it’s always hilarious to have a friend “visit” you and pretend like you totally have your act together. This is exactly what happened when my friend Haley, who was on exchange in Switzerland, came to visit me in Lyon (read this post first: First Days of My Exchange In Lyon, France). We also took a fun day trip with my friend Hana to the nearby little Medieval city of Pérouges. Although I love Haley, this post is particularly funny because Haley is really my friend Tessa’s friend, which explains why I keep talking directly to Tessa in this post.

I’m sharing this post again because: Tessa is currently on vacation in France and I am hoping she will be able to relive some of the moments Haley and I had (albeit in a more grown-up way). If you’re ever going to be in Lyon on your France adventures, I would highly recommend taking a little trip to Pérouges, if not only to try a slice of their famous Galette de Pérouges. Butter. sugar. bliss.

So, “Little Haley from the Swiss Alpes” came to visit me last weekend (I call her that because that is the name that she has given to her blog). Haley is one of Tessa’s good friends from home [Vancouver] who I became friends with when she came to visit us in Ottawa, and now she is only an hour and a half train ride away on exchange in Lausanne! So, yah!

So, the Friday that she was here, we went around seeing the usual coolness that is Lyon, including Fouvière, the Roman Amphitheater, Vieux Lyon, the Jardin des Rosaires, Rue St-Jean, and then we went for dinner with Hana and Kemal at an Indian restaurant. It was pretty fantastic. After that first meal, Haley and I were just on a roll with Vancouver food. (Continue reading to see what else we ate…)

On Saturday, we spent the day perusing around Bellecour, and oh my god, we had the most fattening thing in the world. Exhibit A [above]. Un “maxi-beigne”. Yeah, it was maxi alright! And filled with Nutella and covered in frosting sugar! Oh my, oh my. That was definitely not on our diet list…

We also went to Perrache and Cordeliers and then to the Place de Terraux and Hotel de Ville.

Then, we went into the Musée des Beaux Arts, and as you can see, we had some fun taking some pictures with the many statues inside.

The most exciting part of the day would have to definitely have been dinner though. On our Vancouver streak, we decided to be spontaneous and make some sushi! And just for Tessa (who hates salmon), we had smoked salmon. It was pretty impressive, considering how hard it is to find this stuff in France, and then having to make it in my residence room. We also enjoyed two Anne Hathaway films that night, consisting of the Devil Wears Prada, followed immediately by Princess Diaries 2. Both charming films.

The best day of all would definitely have to be Sunday, when we went on our daytrip to Perouges! (But first going to our usual Sunday morning market for some cheese testing and bread buying, of course.) Perouges is a tiny medieval town, so small, I wouldn’t even call it a town, it is a collection of edifices on a little hamlet across the stream and around the bend, really. Poetic, but true. I had read about it in my Let’s Go! France book, and what they recommended was simply to go “poke around”. What we didn’t know though, was that the train stop where we had to get off at, Meximieux-Perouges, is actually more like Meximieux! (Which, by the way, is not that exciting.) They have a really good monument and a great cemetery dedicated to the soldiers who died in the Battle of Meximieux though. So, we did our best to “poke”, literally, into everything that we could, kind of disappointed about the place which we thought was Perouges!

But then, while in the cemetery, through the gleaming afternoon sunlight, we could see it, over yonder! Thank God. So, we decided to take a shortcut from the cemetery to Perouges, which involved me jumping out of the cemetery in quite a not-so-graceful fashion, as can be seen below!

It was really cute, and the whole time walking there we felt like Belle from Beauty and the Beast, because that is literally what the landscape looked like- talk about picturesque!

When we finally got in the gates, we poked around properly, walking around the hardcore cobblestones, and got to try some of the famous Perouges galettes…also not on our diet list! They were pretty much just a doughy pastry drenched in butter and sugar. Delicious.

After we got back, Haley and I just felt super lazy and tired from all the cobblestone, so we made the typical university meal of pasta bolognese and watched While You Were Sleeping” on my laptop.