For some "Unchicken and Waffles" 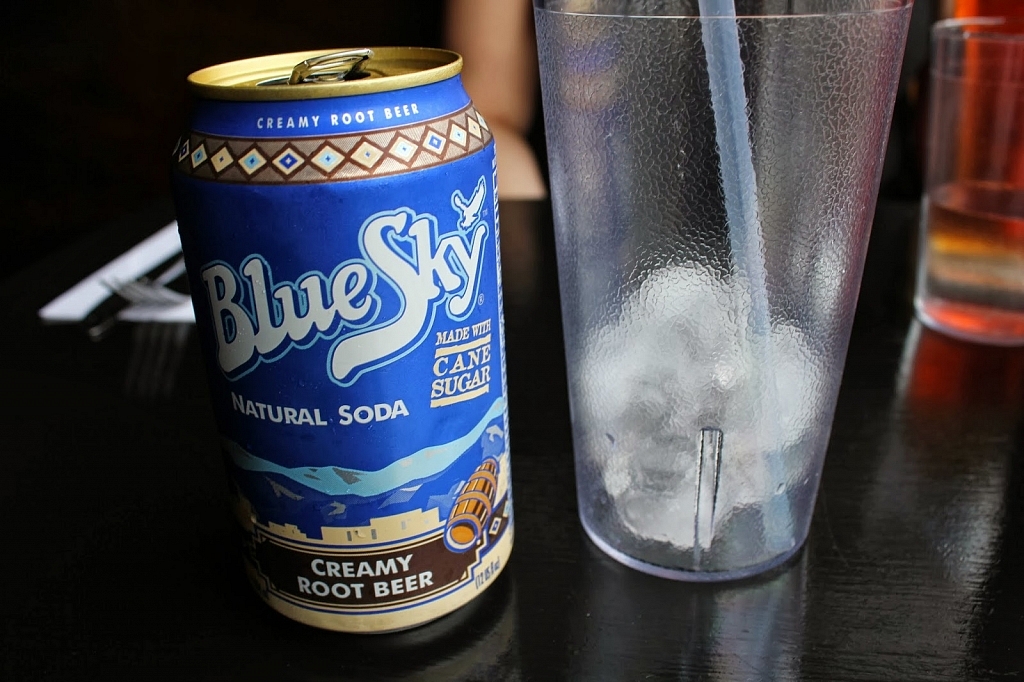 For some reason, it seems like every other restaurant in Toronto has independently come to the idea of using our city’s obscure moniker “Hogtown” in their name. Maybe it’s nostalgia for a time none of us can remember, who knows? What I do know, is that the most confusing one of them all has got to be Hogtown Vegan.

Despite the name, I rather enjoyed this little restaurant. Serving up “Southern Vegan Comfort Food”, they really have an alternative for almost anything you can imagine. Plus, you can feel comfortable going there knowing that everything is 100% plant-sourced and/or plant-based. They also have a full gluten-free and kids’ menu.

The first dish I will show off is the “Southern Combo”. As one of the most popular choices, this dish is comprised of mac n’ (vegan) cheese, “unchicken” and sweet potato mash (or other choice of side). Jessica enjoyed it greatly even though the portion was much bigger than she could polish off on her own. One of the joys of eating vegan cheese dishes is that you are able to feel satisfied without the insanely heavy food coma that you might get from a rich bechamel and cheddar alternative. 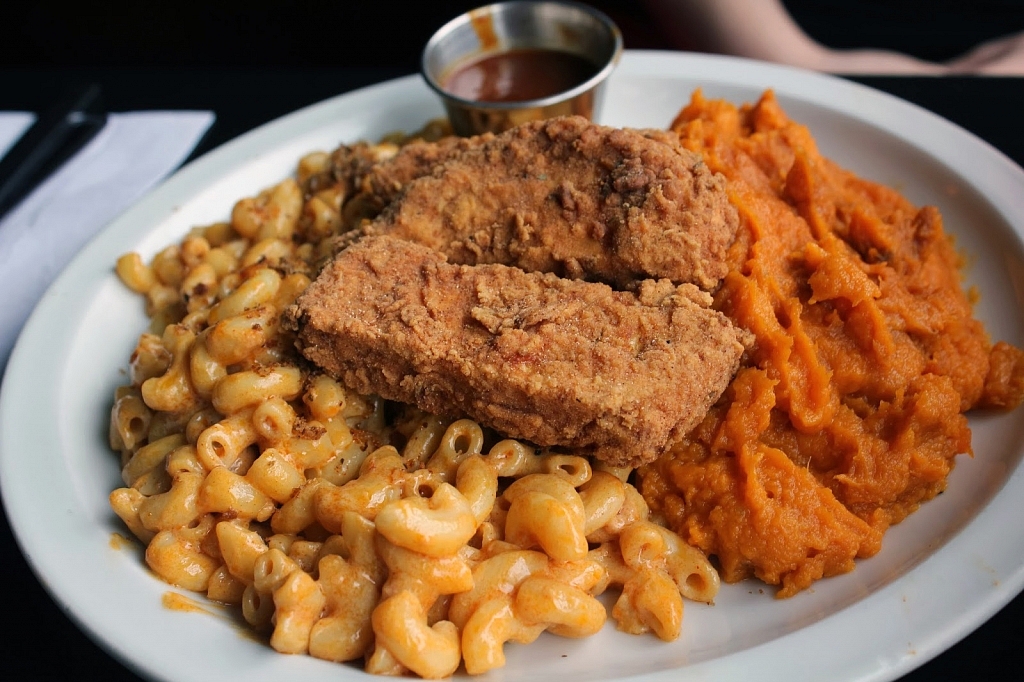 I went for one of my favourite Southern dishes, known at Hogtown Vegan as the “Unchicken and Waffles”. The same unchicken and mash was accompanied by collard greens and house-made waffles. I thought that the chicken rendition was pretty darn good, although the waffles were a little “Eggo-like” for my liking. 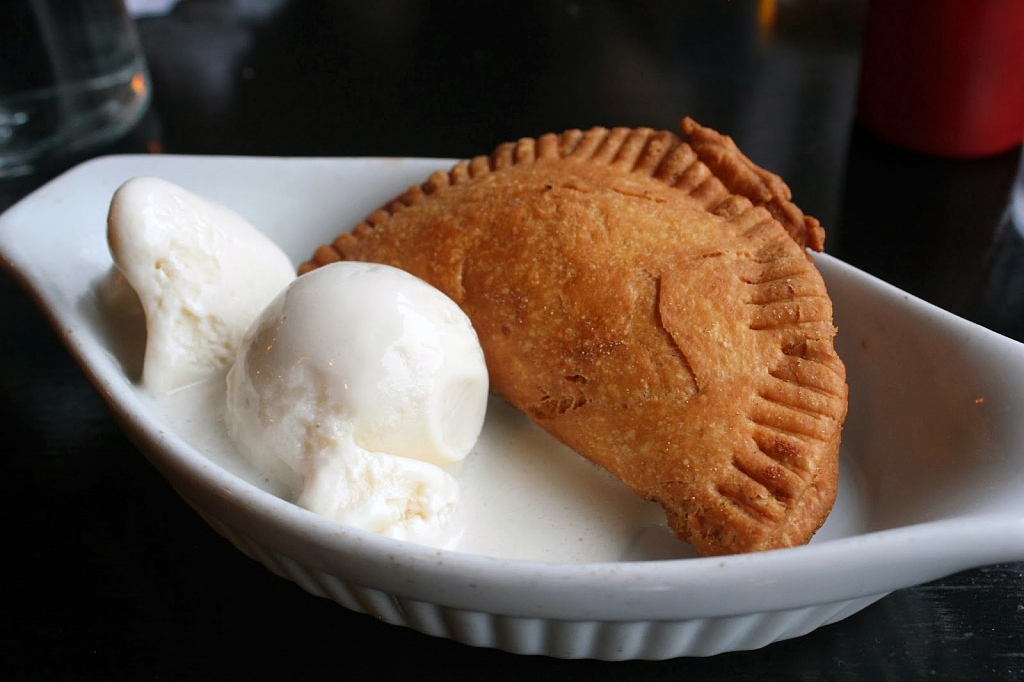 We finished off the dinner by sharing their “Fried Apple Pie” served with soy vanilla ice-cream.
At first, I thought that the texture was a bit of a departure from the traditional but that the flavours were decent. But then on second thought…I actually don’t believe that I liked it that much at all (much to my disappointment).
For one, I think that the treatment of the pie (ie. deep-frying) takes away from the healthy aspect of the restaurant. Furthermore, I think that the dough-to-filling ratio is really quite disproportionate, and I wish I could have tasted more of the apple. Finally, as the consistency of soy ice-cream changes dramatically when it melts, and the pie is served very hot, the juxtaposition of the two temperatures and textures was just a bit off-putting.
Final Note: With all that being said, this restaurant still gets my stamp of approval and I think it’s a nice little spot to go with veg-friendly friends. However, I would caution against advertising this as “totally the same thing” to your meat and potato friends, as it may appear a bit sterile for those who are used to the rich, salty, carnivorous aspects of fried chicken, pulled pork and baby back ribs. Keep in mind that they do not take reservations (so try to arrive as early as you can, especially if there is a yoga convention nearby…) and they take cash only.
Location: 1056 Bloor St W, Toronto, ON (Bloor/Christie)
Share on Facebook Share
Share on TwitterTweet
Share on Pinterest Share
Share on LinkedIn Share
Send email Mail
Print Print
profilesrestaurantsTorontoveganvegetarian
NewerYuzu Izakaya
OlderChicago: A Bang Bang Pie Shop Story