And never have a disappointing meal again 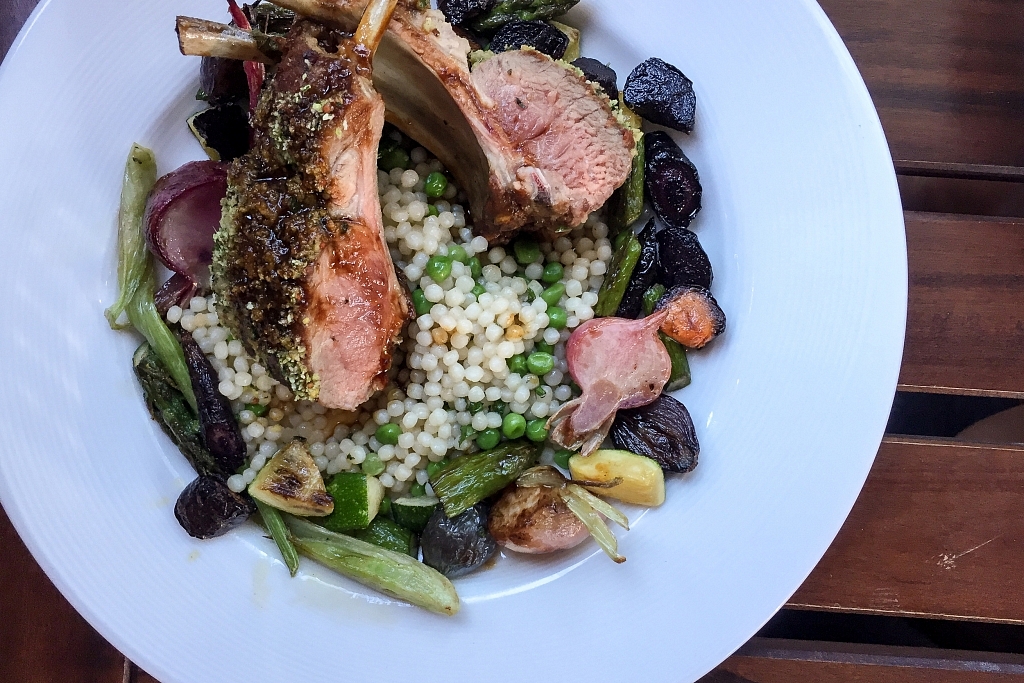 In the wake of the hilarious and telling experiment that was The Shed at Dulwich, I wanted to share a new How to Eat Better topic that has been in the works for awhile: how to determine if a restaurant is going to suck. I’m not talking about the restaurants you randomly stumble into at 3:00 AM for a poutine or a greasy diner classic, or the mom and pop shop that has been struggling to survive for years. I’m talking about the restaurants you come across in a new city or neighbourhood that looks interesting from the exterior; the ones you stand in front of with a group, contemplating whether you should step in to spend $30-60 a person for a moderately nice dinner as tourists or on a Saturday evening after a day in the big city. There is nothing that can ruin an otherwise good day more than a bad dinner.

Much of this post was inspired by a dining experience I had in Ottawa this past summer. My friend Brad and I have a history of ending up at the worst restaurants when we’re together (seriously, we have incredibly bad luck, and it’s a miracle we’re still good friends). But on this particular post-Canada Day occasion, when many restaurants were closed, we reluctantly sat down at a place called Prohibition Craft Beer Public House (even the name is cringe-worthy) and dealt with the consequences. Despite my caution, Brad still ordered the “sounded good, looked good” but insanely overpriced, overdone and incoherent lamb chop dish pictured above, and was bitterly disappointed by the result. I ordered the equally sad, tasteless and dry (but much less expensive) mussels.

I knew better, and now Brad too, knows better. I hope this post will help you avoid having the same experience we did.

Before you enter a restaurant, ask yourself:

Is there someone standing outside the restaurant ushering you to enter?
Assuming you’re in a country where this behaviour neither normal nor necessary, good restaurants do not need a hype boy or girl to lure in patrons off the street. It’s wonderful if owners or chefs want to come and say hi to their patrons on occasion, but if they’re sitting in the dining room or micromanaging the hosts/hostesses for more than a few minutes, then you really have to wonder why (a) they feel the need to be there and (b) they’re not making better use of their time.

Are the menus or signs misspelled?
If an establishment does not have even one staff member who cares enough to notice that something is spelled wrong (with the exception of hilariously bad English translations, which are awesome), just imagine how little care and attention is going into the food and service. Moreover, a menu is often the first, and sometimes only way that a chef can communicate with diners. Pride in one’s menu is a strong sign of a chef who respects his or her craft.

Does the restaurant have a social media presence?
Social media isn’t everything, but in 2018, you would be silly to ignore it. If the restaurant has a horrendously unappetizing Instagram account, or has a Twitter feed clearly run by one individual who tweets his own thoughts about Trump and the Super Bowl, this demonstrates a huge lack of professionalism and can be indicative of the service you will receive. Do read the reviews online, but with a strong critical eye. For example, if the owner seems to back to every single positive comment with overwhelming gratitude and shames all of the negative reviews, avoid the restaurant.

Is the restaurant abusing adjectives?
I don’t want it to seem like I am only picking on Prohibition Craft Beer Public House, but this place is a perfect example of what not to do. Their website has no content other than this description: Welcome to Prohibition Public House, a New York style Gastropub, serving craft beers, chef-inspired fare, an extensive wine and cocktail menu, and loads of cool. See you soon!” All that this description tells us is that there are a lot of different things this restaurant wishes it could be, but isn’t. Much like their bread with grill marks that isn’t actually grilled, I don’t know why a restaurant on a quiet side street in Ottawa would describe themselves as a “New York style gastropub”, and I definitely don’t know what “loads of cool” will mean for my food. I would also rather have my food cooked by chefs than “inspired” by them. 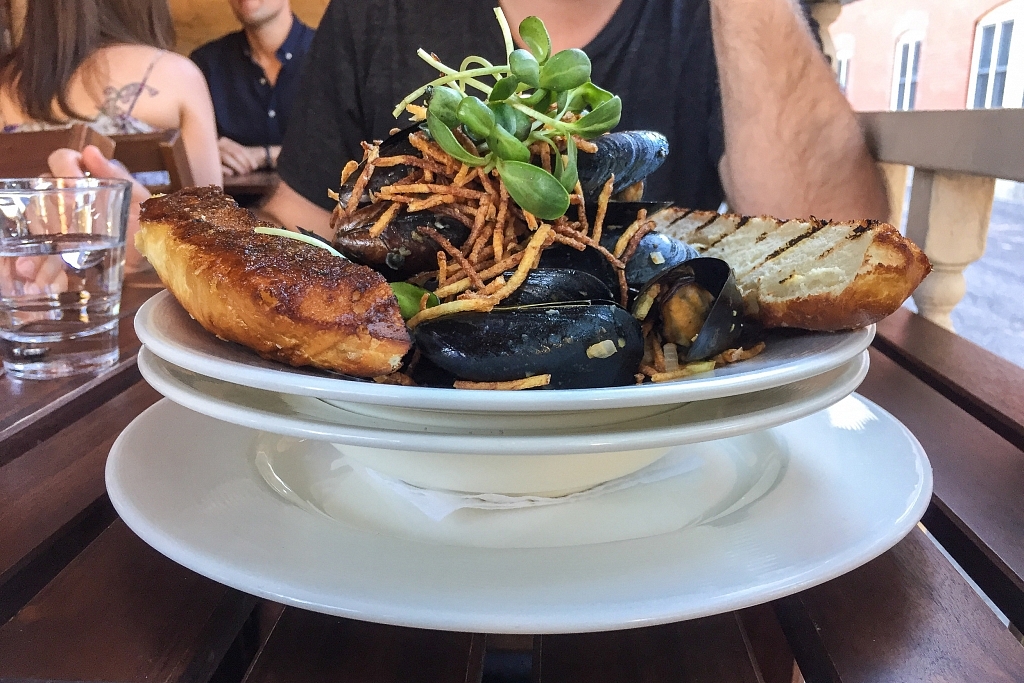 Do the dishes make sense?
This is really a two part, highly discretionary question. First, you should ask yourself whether each of the dishes makes sense on the menu together. For example, does it make sense for this restaurant to serve both Pad Thai and Pizza? Second, you should ask yourself whether the ingredients in the dishes make sense together. For example, does it make sense for Summer peaches to be served in Winter or Spring peas to be served in the Fall? This may be the trickiest question of all, but taking more deep dives into good restaurant menus will make this determination more intuitive over time.

Does the appearance of the staff match the restaurant?
I have a lot of issues with the way servers are dressed in general, but the dress code can give you very helpful clues. If they are dressed like they’re going to a club and you’re at a family restaurant, that’s a bad sign. If they are dressed in culturally inappropriate “ethnic clothing” and there is no reason for it, that’s a bad sign. Most importantly, if everyone looks like they hate their lives, you know you’re going to have a bad time at this place.

Is the Feng Shui kind of whack?
Hear me out on this one. I don’t except all restauranteurs to seek feng shui consultations and place golden turtles in the right corner of the restaurant in line with the flow of the nearby rivers, but there are certain restaurant layouts and design decisions that are clearly bad for business. For example, the patio chairs at Prohibition were so low that it was hard to reach the table from a comfortably seated position, and they were so tightly arranged that any guest who needed to get up to use the bathroom would have to make the guest behind them get out of their chair and tuck it in to do so. If a restaurant interior is not laid out properly, there is a much higher chance that servers and guests will crash into each other, or that guests will be missed when in need of a napkin or another glass of wine. If you find yourself feeling very uncomfortable standing in the foyer but you can’t quite put your finger on the reason, this is probably it.

Are you at Jack Astors?
Anyone who is a close friend, long-time reader of the blog, or came across my online dating profile in my early 20’s knows that I consider Jack Astor’s Public Enemy No. 1. It’s not that I hate Jack Astor’s per se, but I hate everything that Jack Astor’s represents: mediocrity and compromise. If you need to go to Jack Astor’s because you need a venue for a large group or are actually going to watch a game on the big screen, great. However, if you’re reading this post, you have probably settled for restaurants like Jack Astor’s even when you knew the food was going to be bad, because you were too lazy to think harder or walk a few steps more. All I can say is, take the path less traveled and you will likely be rewarded.

Some may say the ability to determine whether a restaurant is going to be good or bad is a “sixth sense” or “foodar”. I’m here to tell you that it’s an art and science that you can easily learn if you have the will to do so.

Do you have any more tips on how to avoid bad restaurants? If so, please let me know!