The Lunar New Year (also known as Chinese New Year or the Spring Festival) is a very important time for many families throughout the world, and particularly in East Asia. My earliest memories of celebrating the New Year in Taiwan are some of my most cherished. My grandfather was a Chinese civil war veteran, and while he allowed his children (and his then only grandchild) to enjoy some “loose culture” such as bubble tea and not wearing slippers indoors on occasion (and I mean, really only on occasion), the New Year was the one time each year that he made sure that we did everything per tradition, with tempered pomp and circumstance. His standards were some of the highest that I have experienced to date.

Since then, I have returned to Taiwan on a few occasions to have big celebrations with my extended family, and have celebrated in many different, and smaller ways while living in Canada. I am sure that my grandfather would’ve cringed to learn about the one time that my friend Julian and I made dumplings for an entire university residence floor (on three hotplates in one room) and caused a building-wide power outage, but I think it’s the thought that counts!

Traditions vary greatly from country to country and family to family. However, the idea of resetting and putting one’s best foot forward is ubiquitous.  And to me, putting your best foot forward at this time of year is about eating as auspiciously as possible. It doesn’t need to be a lavish meal, but it should be the best that you can do within your means and circumstances, and a nod to tradition.

If this is your first time attending a Chinese or Taiwanese New Year’s celebration, or even hosting one on your own, here are the 8 (an auspicious number too) foods that I think are the most important to serve and know about. And when there are rules involved, think of them not as commandments, but rather, customs to be observed in a lively and light-hearted spirit. 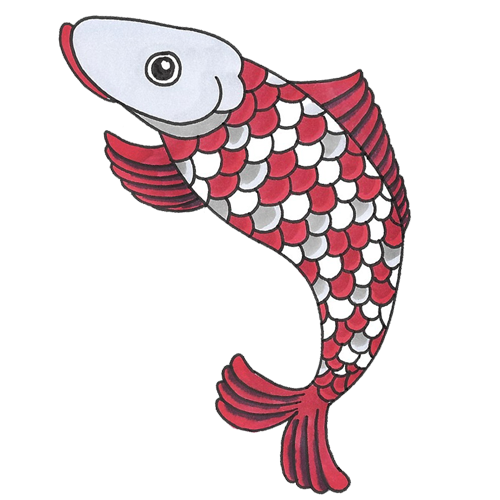 Why: In Chinese, fish (鱼／魚 or yu) is a homonym for “surplus” and associated with the Chinese saying, “年年有余” (nian nian you yu) which roughly translates to, “may you always have more than you need”. Carp and catfish have bonus good luck homonyms associated with their names.

How:  More than any other food consumed during Chinese New Year, there are the most rules about how one should eat the fish. The fish must be served whole, and should not be flipped or moved off the plate. It should be the last thing you approach at the table, after eating a bit of everything else, and the head should be placed toward distinguished guests or elders, representing respect.

Cooking it: Whole fish can typically be boiled, braised or steamed (my preference is the latter). Give this steamed fish recipe from epicurious a try. 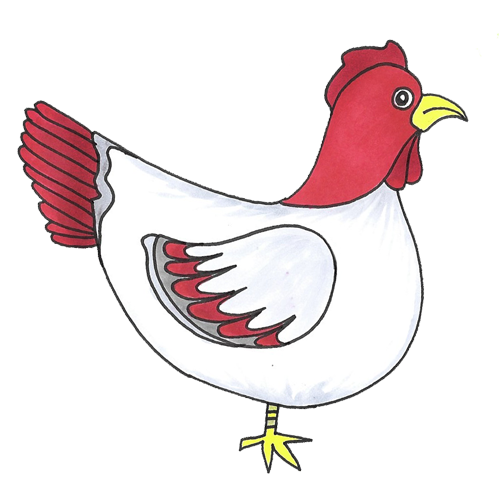 Why: In Chinese, a chicken (鸡／雞 or ji) symbolizes prosperity, joy and togetherness of the family.

How: A chicken should also be served whole, as in, served with its head, tail and feet, as it symbolizes completeness. The chicken can be sliced prior to serving on a platter.

Cooking it: Many families nowadays will outsource their roast chicken to a professional, but making a White Chicken at home isn’t too difficult if you don’t have ten other dishes to prepare at the same time. 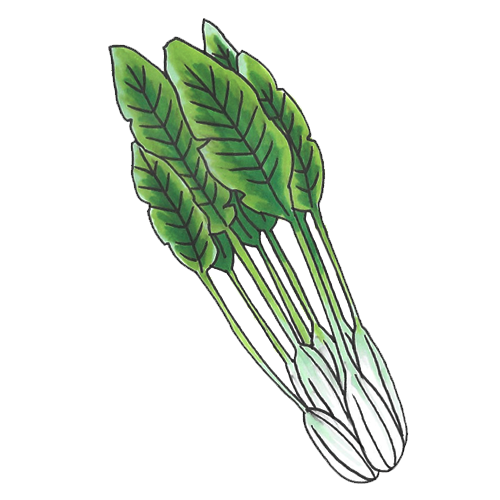 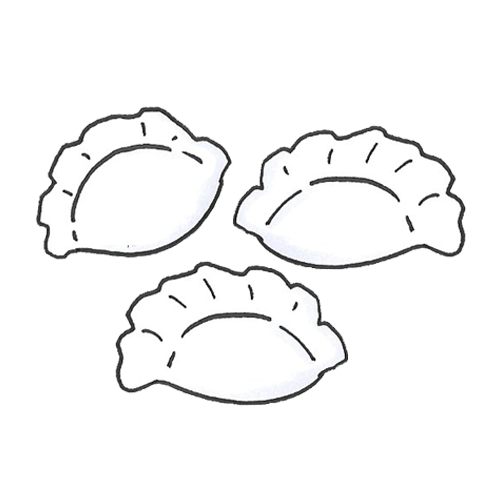 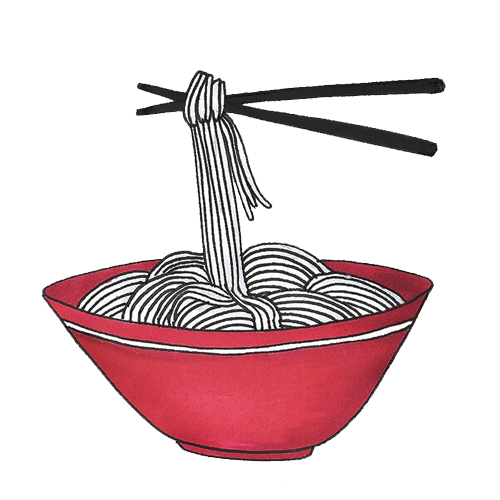 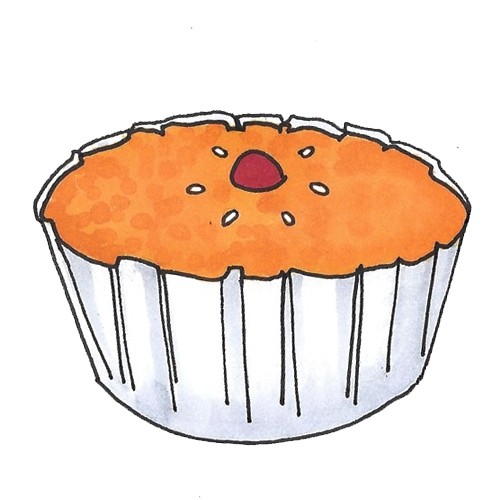 Why: Mustard greens are commonly known as jie cai  (芥菜) but in the context of the New Year, they are labeled as “chang nian cai” which translates to “perennial vegetables.” They’re an ideal symbol for a long life as they can’t be overcooked. They’re also pretty key, nutrition-wise, given that vegetables are often overlooked during holiday cooking.

How: You should eat the entire vegetable, to symbolize longevity.

Cooking it: The best and easiest way to cook mustard greens is simply to sauté them. Make this dish last, as it takes little time, and doesn’t taste as good when cool.

Why: There are a lot of stories surrounding the origin of dumplings (饺子/ 餃子 or jiao zi), but generally speaking, the dumpling brings wealth because it is shaped like an old fashioned ingot.

How: It’s a great tradition to make dumplings together as a family. A bonus tradition is to hide a bean or a coin in one of the dumplings and whoever bites into it has extra good luck for the year. Always make many pleats in your dumplings. If your pleats suck, it’s thought to purport poverty.

Cooking it: Dumplings can be cooked by boiling, steaming, or frying. Try this great dumpling recipe with store-bought wrappers. 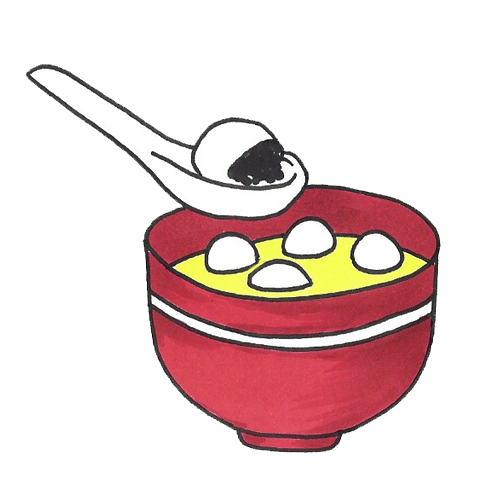 Why: Longevity Noodles (长寿面 or chang shou mian) symbolize a wish for longevity (obviously). Their length and unsevered preparation are also symbolic of the eater’s life.  In Taiwan, missua, or a thin wheat noodle, is often also served.

How: The only thing to know about noodles is that they should never be cut. If you can’t get the whole length from serving bowl to your own bowl, gracefully, too bad. Similarly, you should not bite off the noodles before they are fully in your mouth, or else you might be cutting your life short.

Why: In Chinese,  the specific glutinous rice cake served at New Year is called nian gao (年糕) which sounds like “‘getting higher year by year”‘. Higher can refer anything from your child’s height to promotions at work.

How: The main ingredients of nian gao are usually sticky rice, sugar, chestnuts, and Chinese dates. There isn’t really a wrong way to eat it, unless you wrongly assume that it’s ready to eat in its package, in which case you will be sorely disappointed.

Cooking it: You can buy them or make them (like this Woks of Life recipe), and then either steam it whole, or pan fry individual slices (my preference) with a little bit of vegetable oil, and/or coated in in a cornstarch-water mix.

Why: Like nian gao, tang yuan (汤圆 / 湯圓) is also a dessert made of glutinous rice. It is nice to eat them on Chinese New Year’s Eve but more important to eat them on the 15th day of the New Year, which is also the Lantern Festival. Their round shape represents family reunion and unity, and the full moon of that night.

How: Be careful when chewing, as they are hot, the filling spills out easily, and they are a choking hazard. No joke.

Cooking them: Buying these is easiest and look for black sesame, red bean and peanut fillings. Remove them from their package and cook in a sugar water base, and ladle a few with sugar water into small bowls for serving. 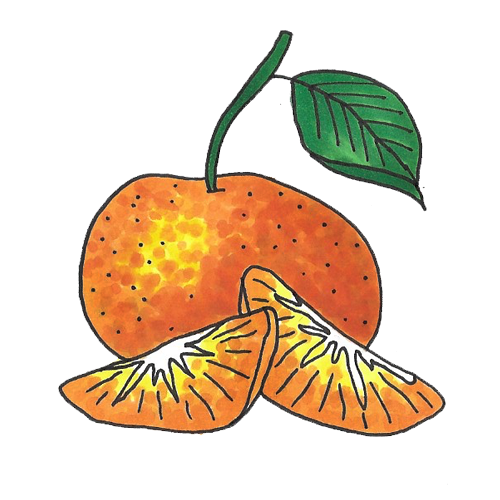 Why: Apples, pomelos, persimmons, and Asian pears are all important and popular fruits at this time of year, but none more popular than the the orange (橘子 or ju zi), especially of the Mandarin variety. Oranges are associated with the bright “yang” energy of the sun, and symbolize abundance and happiness. The words also have a slight homonym effect to the word wealth.

How: You can bring oranges and other fruits as gifts to your friends’ houses when you visit during the New Year. You can also give children oranges if you are handing out red envelopes. Try to keep the leaves intact as it makes for a more beautiful presentation.

Additional Notes: The feature photo for this post is of one of my Chinese New Year family dinners in Taiwan a few years ago. Where there are two Chinese translations of a food item, one is in simplified Chinese and one is traditional.