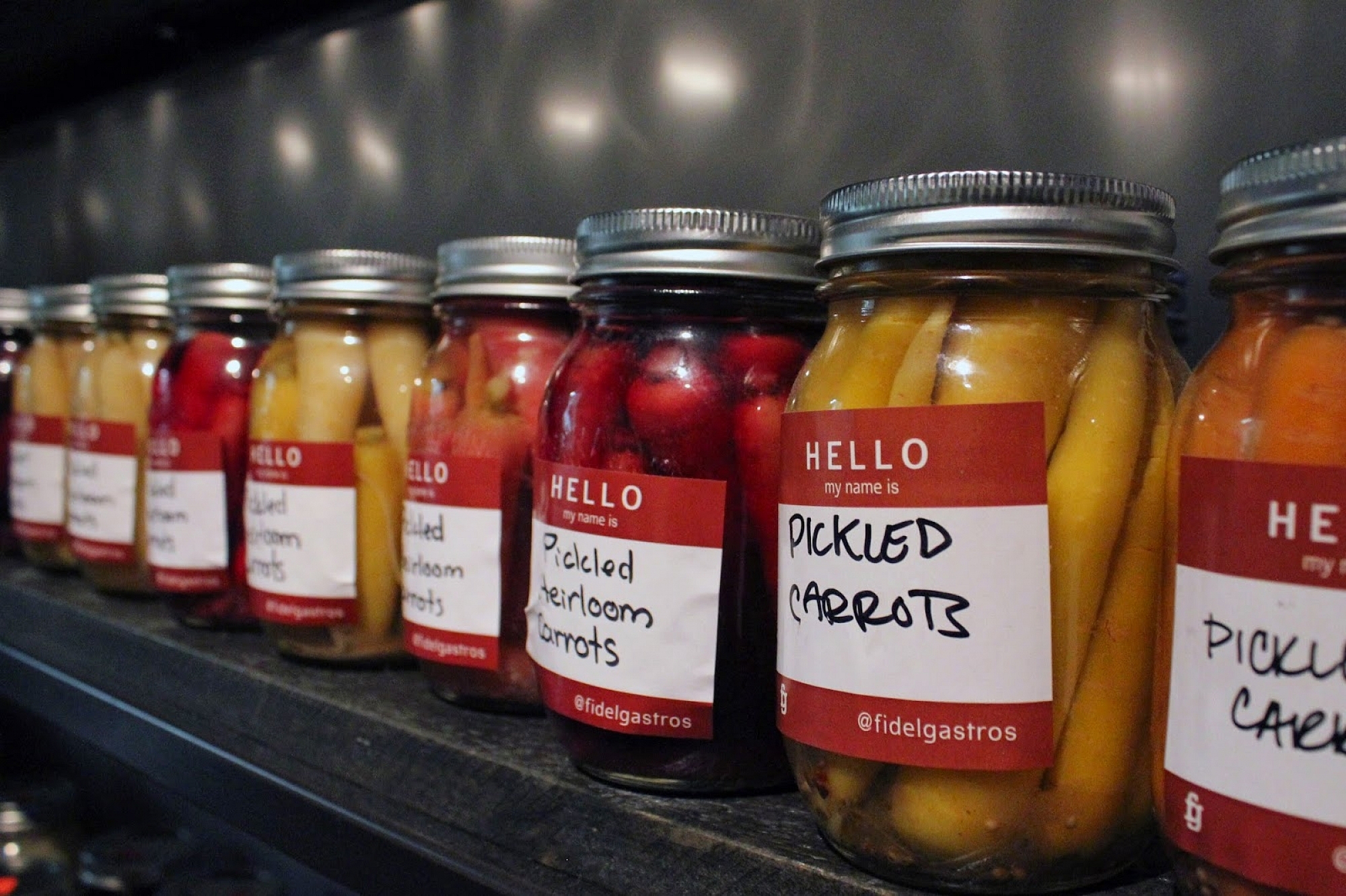 “Oh man, this used to be my absolute favourite spot,” Matt Basile laughed as he settled into the sunny corner table of his Queen Street restaurant Lisa Marie for our interview. Better known as his alter ego “Fidel Gastro”, Matt is also the chef and owner of the food truck by the same name (though the truck itself is named Priscilla!), and now host of the hit show Rebel without a Kitchen.

The “Food Truck Revolution” of North America has been gaining momentum for years now, and Matt confidently asserts that Toronto is “right up there with the best”. Perhaps the recession was partly to blame. Or perhaps, people were simply looking for a new, exciting, and satisfying culinary experience—without the fine dining price tag. With gourmet street food offerings such as mac n’ cheese sandwiches and pad thai fries, Matt accomplished the MBA student dream: he found a way to sell the people something they didn’t even know they wanted.

And the streets of Toronto can’t thank him enough. In fact, rather than being simply a chef or restaurateur (Matt has never had any formal culinary training although he has worked for Chef Mark McEwan and at various butcher shops), he describes his collective projects as more of a “food experience company”. This designation gives his team a great deal of flexibility. Sometimes they’ll be working on brand collaborations or doing fun events (such as street food weddings!), and at other times, they’re enjoying the bricks-and-mortar restaurant, for those times they might, or we might, want to sit down and relish the moment.

Of course, with the big developments in Toronto food truck by-laws on everyone’s radar these days, I was curious to know whether Matt had any thoughts on the about-to-implemented legislation. With changes such as an increased time limit for service (from 3 to 5 hours) and less restricted zones for parking your vehicle, he pragmatically answered, “I see these changes more as policy actually reflecting the reality of the situation that we have here in Toronto….it’s a step in the right direction, but we’re not there just yet. The new policy of course is helping, but it is still up to individual business owners to make it happen”.

Rebel Without a Kitchen

Apart from running his company in Toronto, let us not forget that Matt is also running an entire show. The first season of Travel & Escape’s, Rebel Without a Kitchen followed Matt around as he dealt with the “blood, sweat and tears” of the food truck industry that we don’t often get a chance to see. “Make sure you [if you are going to start a food truck business] that you absolutely love what you do because you’re going to do it a lot,” Matt advises potential entrepreneurs, “and for the right reasons. You shouldn’t just do it because you saw someone do it on TV and it looked cool. Make sure it’s a direct reflection of your personality and things that you love”.

The second season however, took Matt on epic culinary adventures throughout North America. Humble as he is, Matt explained, “I was in an advantageous position where I get to not only go to a city and meet the local food truck operators, go to some of the local restaurants, but then I got to do an event in every city as well. So it was like I was starting Fidel Gastro’s all over again in every single city.” From Portland to Cape Breton to New York to Miami, he met the “rockstars of each city’s culinary scene”, tasted incredible food, and basically had the time of his life. But he also took it in stride. “Learning came in so many different ways. Food was the primary purpose but it materialized in many different relationships.”

Without batting an eyelash, Matt identified Los Angeles as being his favourite city visited during the filming of the show. The Torontonian in him joked, “maybe I’m a bit biased because we were in the thick of our winter but…anyway, it was fantastic. What I really loved about L.A. was that their restaurants are in the midst of really changing focus right now. There’s something going on there that is really fantastic from a culinary perspective. Everyone is still really business-focused in L.A., but there is a certain calmness and coolness that is just so California. I felt like, of all the cities, it really was the city that had the whole package.”

Matt and I standing in front of the Lisa Marie bar

Before leaving, I wanted to make sure I could leave you with an idea of what Matt might want to eat! As for his favourite Toronto food truck (other than his own), it would have to be Gourmet Gringos. “Good food, great guys, good quality” he said simply. He also mentioned that GG had helped him out during a food truck mechanical failure back in the day when they were both fresh on the block so he feels extra pride in their success. And as for a perfect last supper (one of my favourite questions!), Matt gave away his Italian roots by answering, “rigatoni with tomato sauce, and then some cured salsice on the side. Then a salad with white wine vinaigrette, raw garlic, some artichoke maybe, tomato, and braised green beans. Or…if I don’t want to feel sad and nostalgic, maybe just a 24 oz. porterhouse steak with a Baked Alaska”.

While his five-year plan is still up in the air, the business-side of Matt knows that it will have to involve streaming the business by making the whole machine more accessible. Doing things “on the fly” on the small scale worked great, but with the new exciting projects his team will be getting involved in, he knows he can’t do everything and be everywhere at once. While we are not sure just yet what this new streamlining will look like, it is clear that Matt “Fidel Gastro” Basile will be a force to be reckoned with.