A city meant for snacking 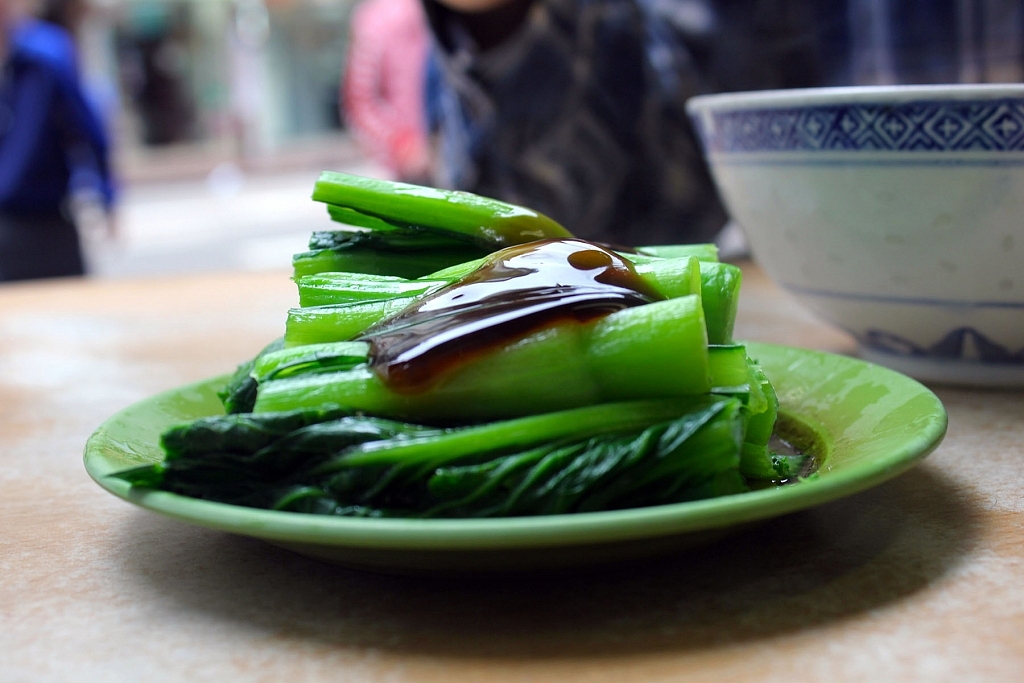 Hong Kong’s food culture is probably best known for tales of great beasts (shark fin or bear paw notoriously come to mind) slaughtered for the sake of a unique dining experience. However, Hong Kong’s less intense (and more ethical) cuisine, is also famous in its own right for being totally casual and downright delicious. Little noodle shops and afternoon tea houses line the streets and provided ample opportunity for snacking all day and all night.

On my first (and so far only) trip to Hong Kong, I arrived in the city around 10 AM and was greeted by my long-time friend Kevin at the hotel. “Soo…how about a snack?” he offered. At that moment, I remembered why Kevin and I get along so well.

Our first stop was at a little noodle stand down the block. 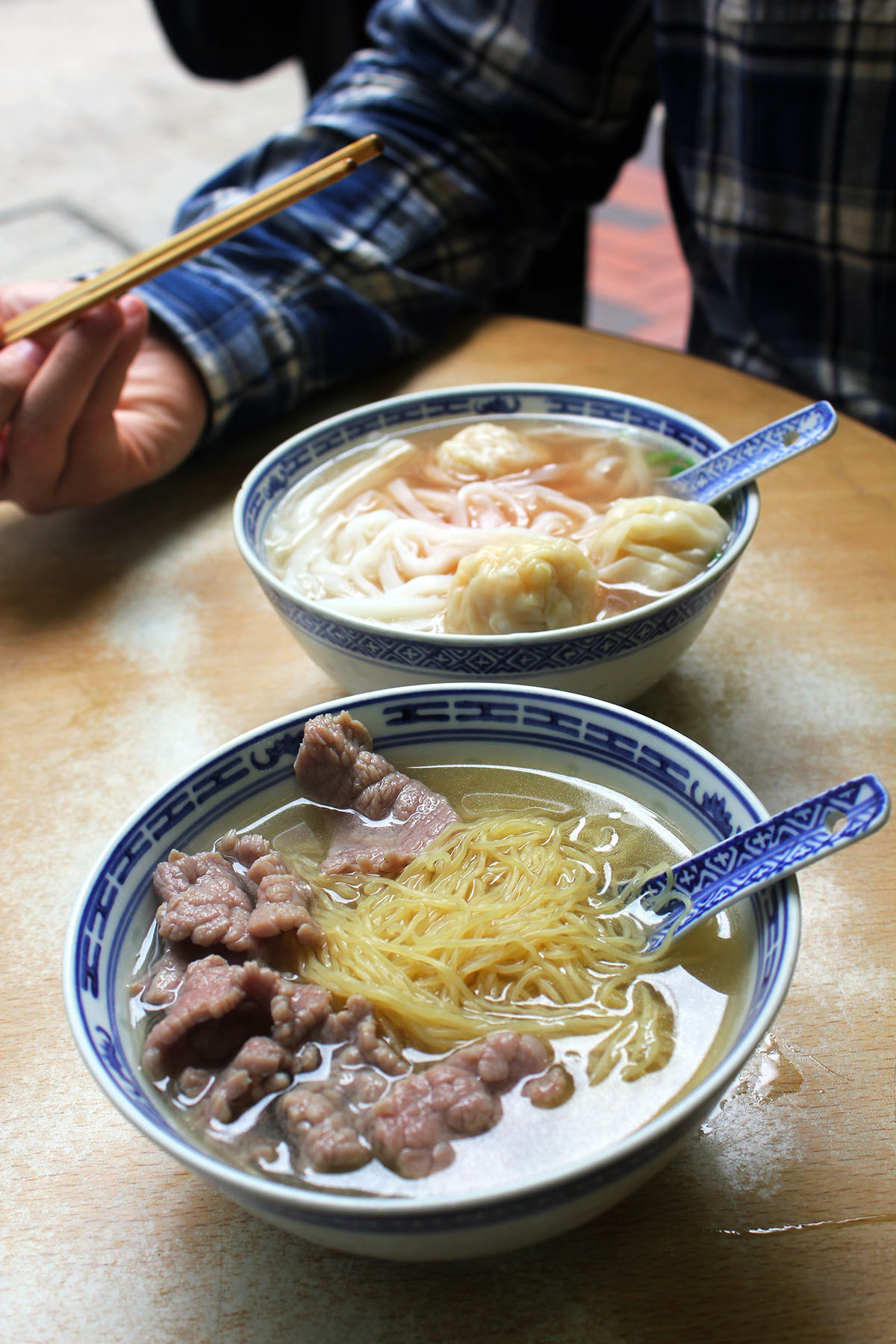 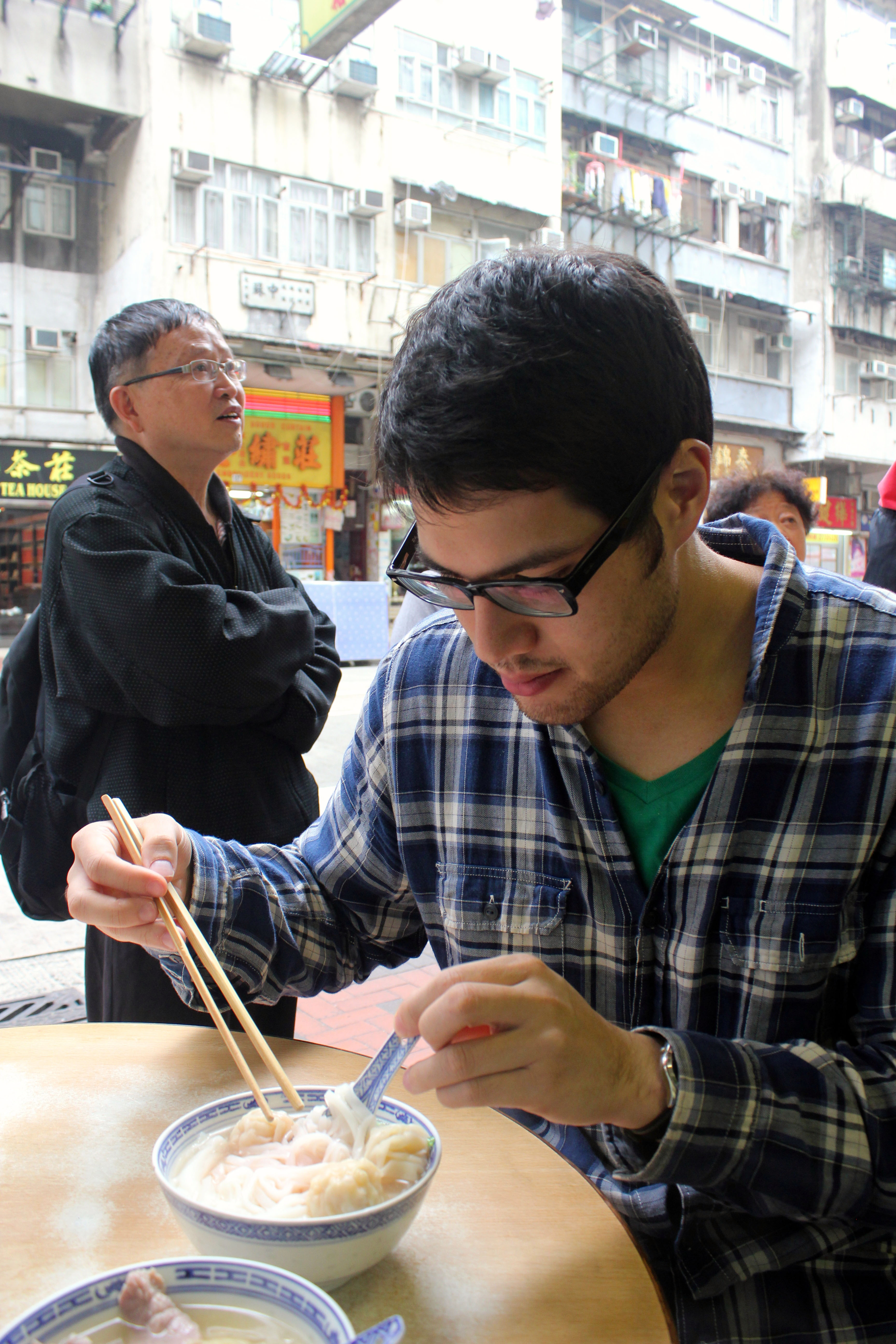 For the first ten years that Kevin and I knew each other, the dining experiences we had were almost exclusively in North American chain restaurants. The thought of us sitting on tiny rickety red stools sharing mismatched bowls of beef, wontons and noodles was as awesome as it was hilarious. And at approximately $2 CAD a bowl, it felt almost too satisfying. 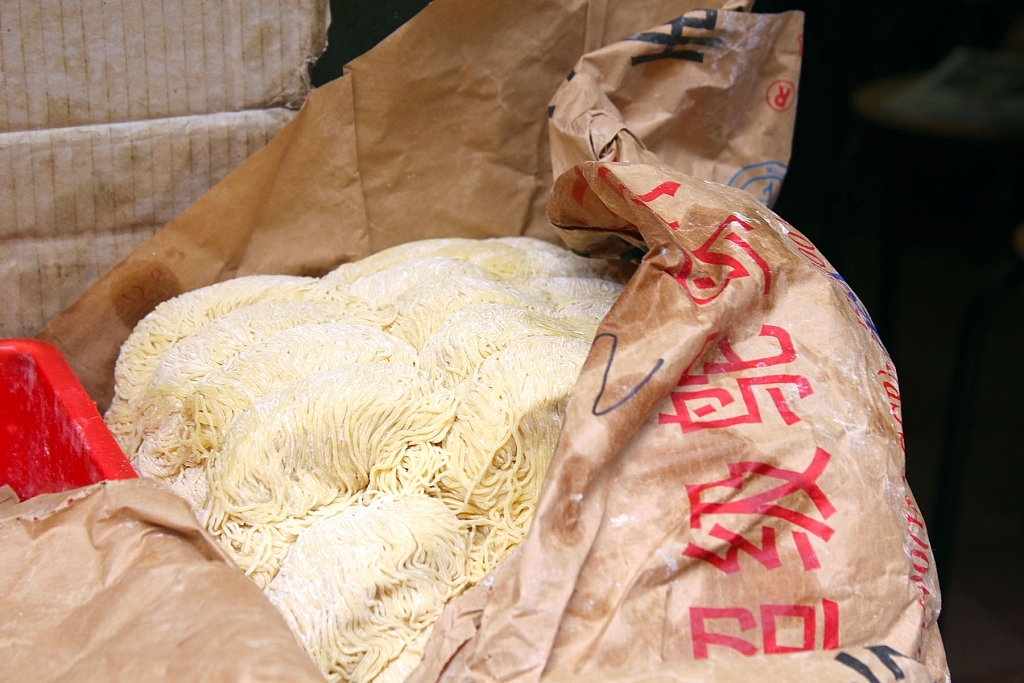 Hong Kong also appears to have the most roast meat shops per capita, with little old men hacking and dicing char siu pork, roast chicken and duck all day neatly into Styrofoam boxes to be taken home for family meals. Although we had no need for roast duck to take home, the smell alone was enough to induce me. As the day carried on, I wondered whether it would have been fun to buy a giant duck to snack on throughout the day. Given that we ended up climbing for three hours all the way up Victoria Peak, it was probably better that we didn’t. 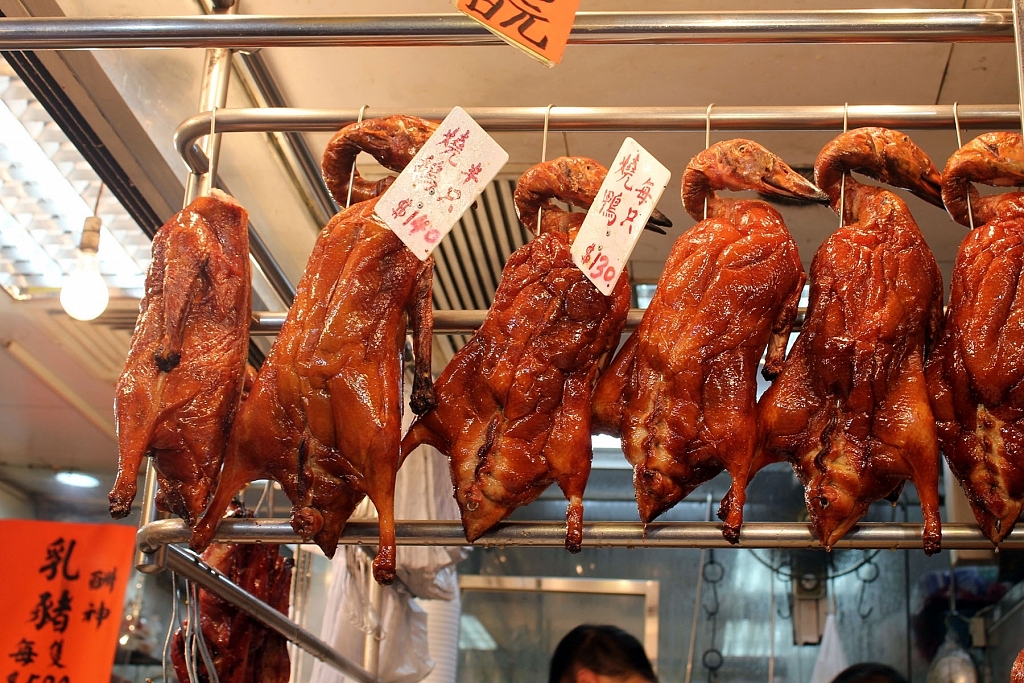 This city is also a bustling international destination. After our little noodle shop jaunt, we headed right to the financial core and within the span of ten minutes, purchased ourselves a box of macarons from the Pierre Hermé store in the iconic IFC building and sat down to enjoy them with Wellington flat whites from an equally swanky Australian-owned coffee shop. Apparently, the rose-flavoured macaron is the most popular in Hong Kong. 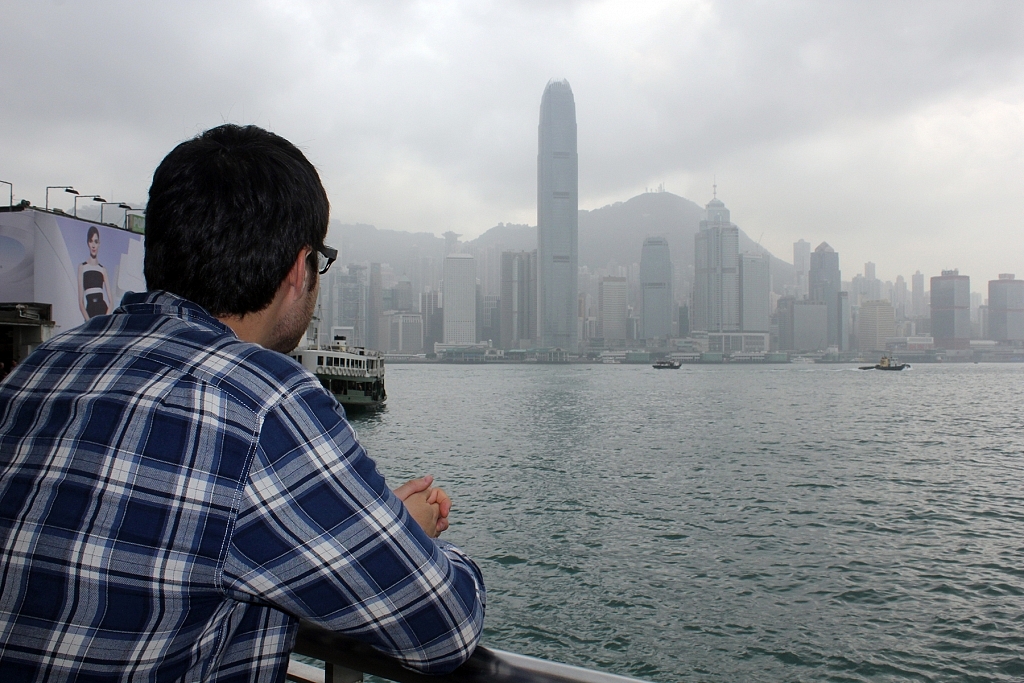 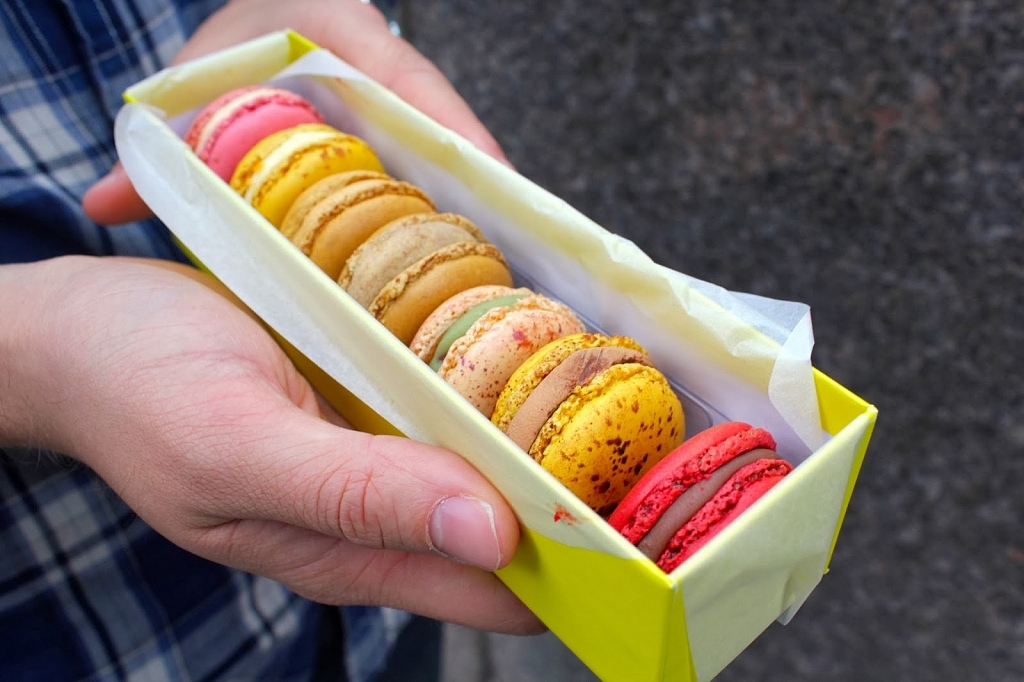 In between our tourist hopping, we also stopped in at various “tea shops”, which are open at all hours and offer much more than simply tea. That afternoon, we shared a giant plate of fried rice smothered and broiled in cheese, followed by beef he fen, one of our mutually agreed upon all-time favourite dishes. Iced tea with lemon and yuan yang (an arguably sacrilegious but very popular coffee and tea mixed drink) were the naturally classic pairings to go with these dishes. A few hours later, we had another meal at another tea shop with equally large portions before hitting the town. 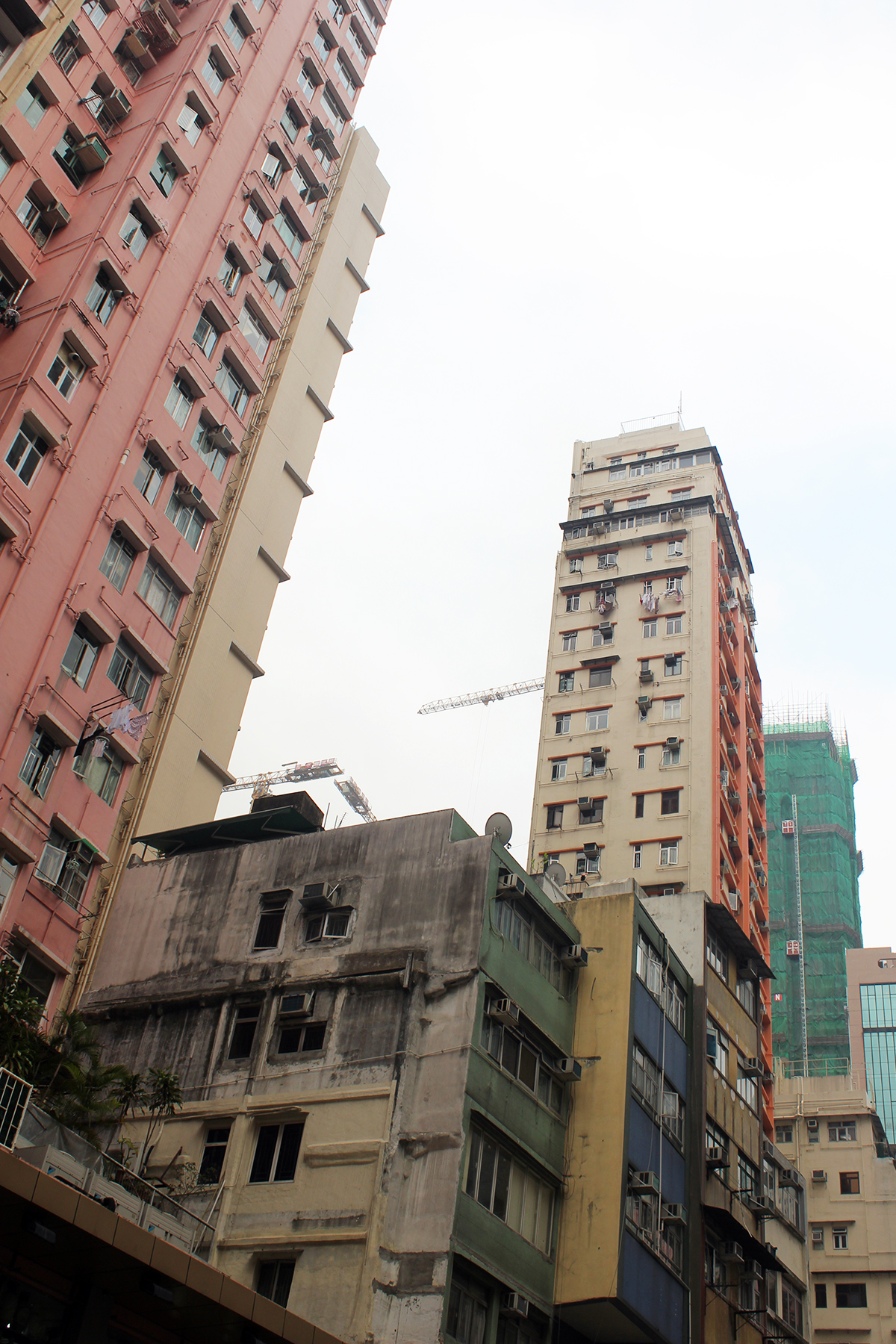 The next morning, we made a promise to eat at One Dim Sum (more info about my restaurant experience in link), no matter how ridiculous the line or service was. Of all the “snacks” originating from Hong Kong,  dim sum (which literally means snack) is the most famous.  You can find a great selection of dim sum at all hours, but mid-morning is the best time to hit these places up. It’s rowdy, it’s noisy, and it’s a very important part of the whole experience. 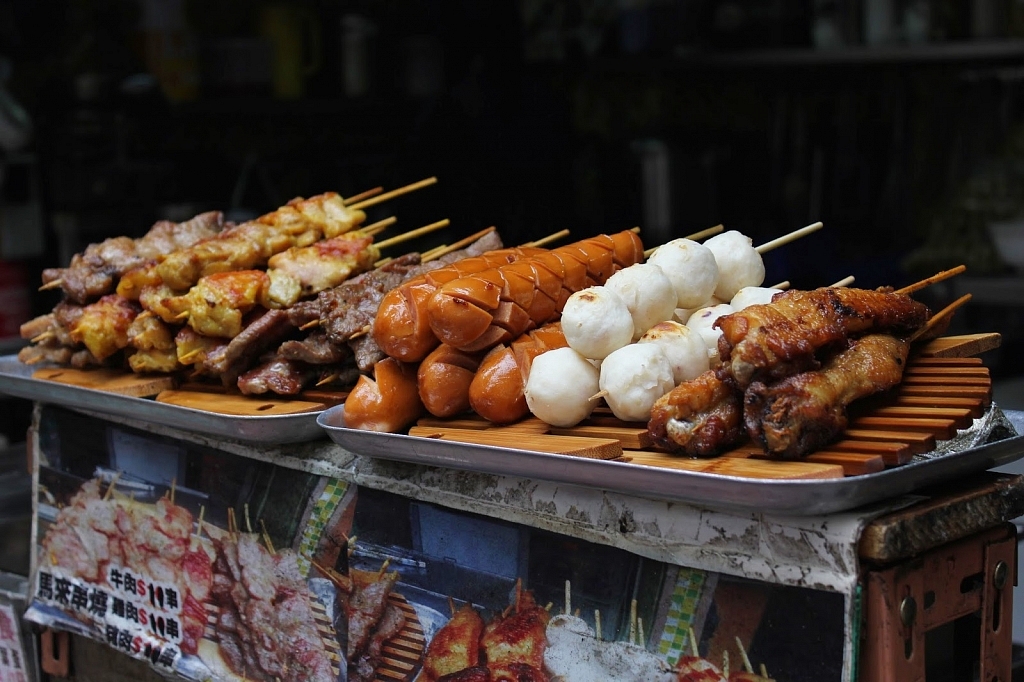 After loading up on more street food and “must try dishes” throughout the day, we decided to act as local as possible by winding down the evening with foot reflexology sessions followed by dessert. The dessert shops (even at 2 AM) are filled with teenagers and twenty-somethings who seem to have infinite appetites for sweets. We ended up sharing a few seasonal mango-related dishes (mango shaved ice is magical) before finally calling it a night. 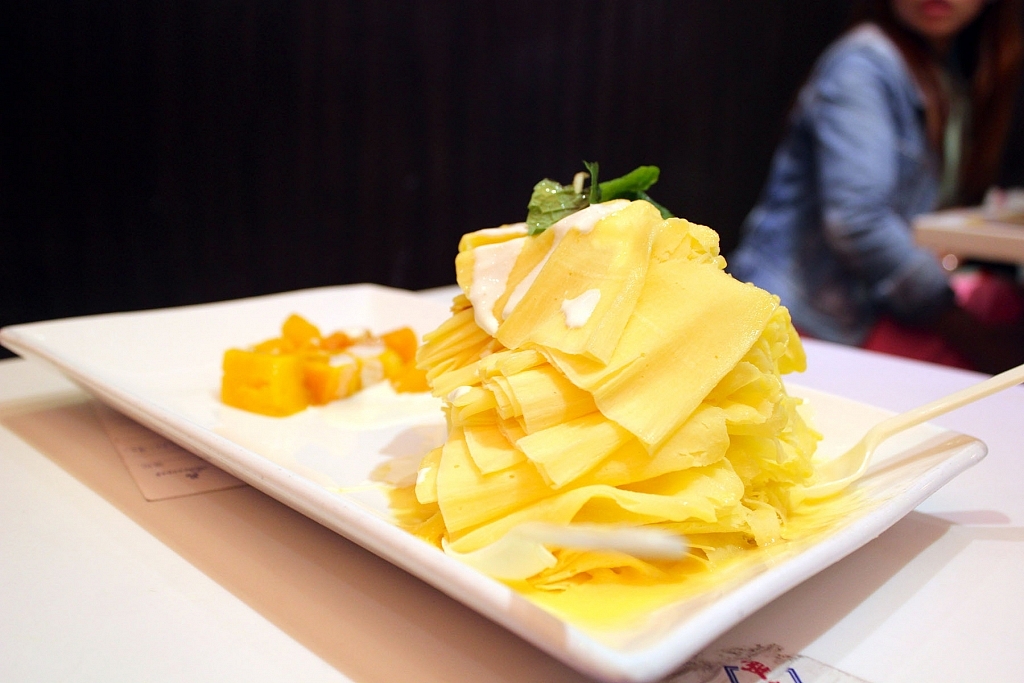 On my final day, we started the morning at a congee shop with bowls of the comforting rice porridge ladled into giant bowls bigger than our faces. It was a good thing we fueled up as the last day was spent at Disneyland. There isn’t too much to report on the culinary finesse of Mickey Mouse lollipops and Lilo and Stich cakes, but it was a fun way to end the trip. 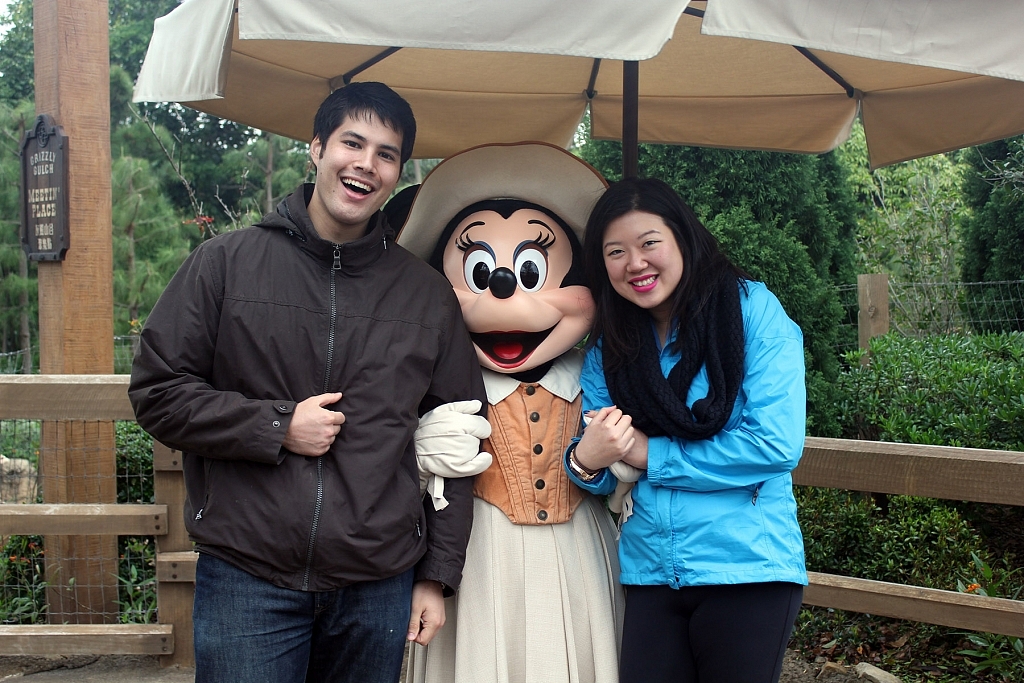 My first visit was one that I look back upon fondly. I think in many respects, I was scared that Hong Kong’s food might overwhelm me. While part of that fear still rang true, the snacking aspect of the overindulgence made it a lot easier to handle. You’ll certainly never go hungry here.