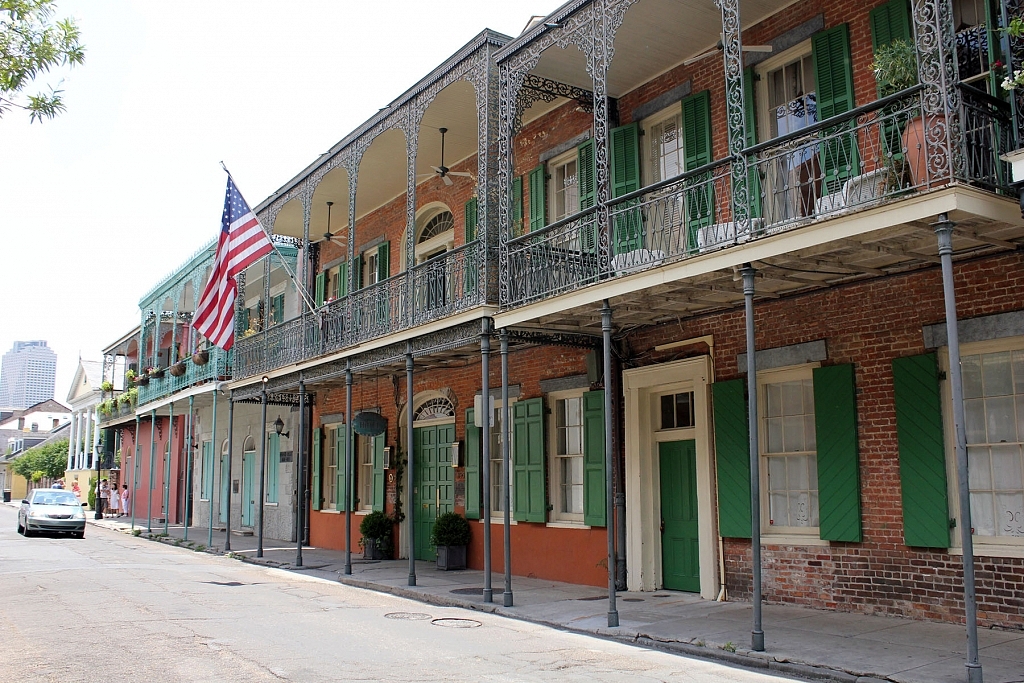 From the thrills of Mardi Gras to iconic dishes such as gumbo, jambalaya and beignets, New Orleans is synonymous with the good life. Its unique blend of French, Spanish, Creole and Cajun influences converged over the years to create a culture and city that people flock from all over the world to visit. And I happened to be one of them. When my friends ask me how long they should visit the city for, I always recommend five days. A weekend is doable, but with five, you can plan for a few excursions out of the core to give yourself a real taste of that Louisiana spirit. Any longer than five, however, and the heavy Cajun-Creole food and loud music may cause a bit of fatigue, especially for anyone with a sensitive stomach or ears (you know who you are).

On whether to go during Mardi Gras…

Should you go to the city during the craziest week of the year? Not if you’re like me and prefer to keep your clothes at the end of your trip, thank you very much. The answer to this question will depend entirely on you and your comfort level with insanity. If the thought of fighting through crowds and being surrounded by strangers excites you, then I would say, plan to get here in February or March. Otherwise, April and May are the ideal months to visit (I came in May). You’ll be able to avoid Hurricane Season and insane humidity, but the place is still a-buzz with festivals and events. As an aside, one of the best things about planning a trip here is that every day feels like Saturday, so you don’t have to worry about getting here during any specific day of the week.

Unless you arrived here as part of a road trip (another time for me perhaps), it’s best to just simply take a cab (or limo) from the airport to your hotel (if you are staying in the French Quarter or the Warehouse/Central Business District, it’ll probably cost you $35-45 dollars). From that point onwards, you could spend days in New Orleans without relying on anything other than two legs and a heartbeat. New Orleans is probably the most walkable city I’ve ever been to, and there are things to keep you engaged at every street corner. If you want to take one of the streetcars, take it for the novelty and historical value, but don’t rely on them to get to your destination on time. The St Charles Streetcar in particular is a great one if you want to visit the Garden District. If you plan on going out of the city to a swamp tour or to the plantations, it’s really easy to rent a car, or if you prefer, sign up for a combined tour with free shuttle service (there are plenty out there).

It’ll be hard to avoid the music and lights around you, but find a bit of time to enjoy a good meal first. If you’re already in the area, I would recommend going to the Old Coffeepot Restaurant for a casual dinner. Be warned though, you will be expected to participate in the musical celebration, and you will definitely be asked to dance. After that, take some time to soak in the sights and sounds of Bourbon Street and get acclimatized to strangers gettin’ all up in your grill. Sleep well, because you’re going to need your energy for the next day.

Day 2: Start from the core

You’re not going to be able to resist doing the French Quarter, so get up and at ‘em and be a hardcore tourist. You can take a guided buggy tour around Jackson Square for fun, and check out the French Market where you can buy gifts and sample food like alligator jerky. There are also tons of celebrity homes (we checked out Angelina Jolie and Brad Pitt’s in particular) and cool 18th and 19th century buildings. Oh, and for music buffs, the House of the Rising Sun is also here. For lunch, you gotta try a fresh po’boy, and there’s no better place to do it than at Johnny’s. Their gumbo is pretty decent too. If you’re itching for the Mississippi, book a ride on the Steamboat Natchez in the early evening, where you can enjoy a lovely dinner. If boats are not your thing, make a reservation (way in advance!) at Commander’s Palace instead, if not only because that place is too famous to be ignored. And after a quick outfit change, hit up the town again. Perhaps you’ll want to get a famous Hurricane in the courtyard at Pat O’Briens before hitting Frenchmen Street for some jazz clubs (I loved the big band stage at Maison). 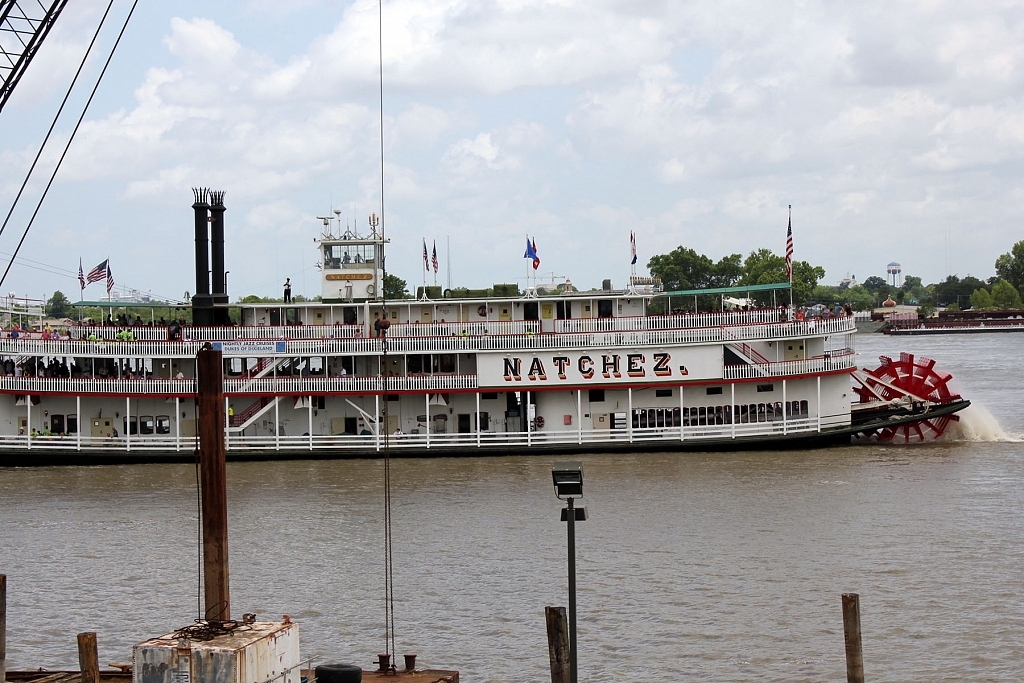 If you’re still awake and hungry in the wee hours of the morning, hop on over to the 24-hour Café du Monde near the French Market for some beignets (save the chicory coffee for the next morning or afternoon!).

On the third day, it might be a good idea to leave the city and explore the outskirts. Lucky for you, it is possible to do both a swamp tour and plantation tour at the same time, given their proximity. One of the primary reasons we opted against doing it this way was because we had planned vastly different outfits to wear to each (yes, being a girl is a blessing and burden). But since there is no dress code for either, you should feel comfortable hitting them both up at once. There is some food on location, but if you want something to eat when you get back, try Napoleon House. Last I heard (April 2015) they have new owners! So, depending on how well these guys crack out to be, you may be experiencing an excellent or awful new menu. In any case, the restaurant itself is a historical gem dedicated to the French leader himself that’s worth popping by for a quick chill.

In the early evening, take a Ghost Tour (if that’s your kind of thing), or visit some of the smaller art galleries and shops in the French Quarter where you can pick up a special piece to take home.

For any Food Network or Top Chef fan, you can’t leave this city without trying one of Emeril’s restaurants. He’s got three in the city: Emeril’s New Orleans, Emeril’s Delmonico, and NOLA, which is the one we tried. Have a look through the menus (and prices) to find one that suits your group and make sure to book far in advance.

If you want a nice classy brunch, you should consider going to the Court of Two Sisters. They have a jazz trio playing every day! Because it’s a buffet, the food is not going to blow your mind, but it’ll give you an opportunity to try any food you’ve missed on this trip so far (like turtle soup).

The afternoon will be a perfect time to put all your culinary knowledge to work and take a New Orleans cooking class. This is one you’ll definitely want to call in advance for!

As for dinner, you gotta go to Muriel’s Jackson Square. I think it’s best not to do the ghost tour on the same day as you might need to give yourself time to recuperate from the insane stories of those who are trapped between two worlds. But if you were jazzed by that tour, you’ll be even happier to enjoy a hauntingly-good meal here.

Undoubtedly, the French Quarter’s main draw is Bourbon Street, so you’d be silly not to party it up there again on your last night. If I had to pick a favourite bar, it would have been was Cat’s Meow for the hilariously interactive Karaoke experience we had.

If you’re like me and prefer flying out before sunset, you’ll probably spend most of the morning packing up and won’t have time for any drawn-out meals. Other than grabbing another beignet and coffee from Café du Monde (there is no limit to the amount of times you can visit this place), make sure to grab a Muffuletta from Central Grocery (and yes, it is a grocery store of sorts). There are tons of gift shops in the same area, so you can use this time to pick up a few last items before your flight.