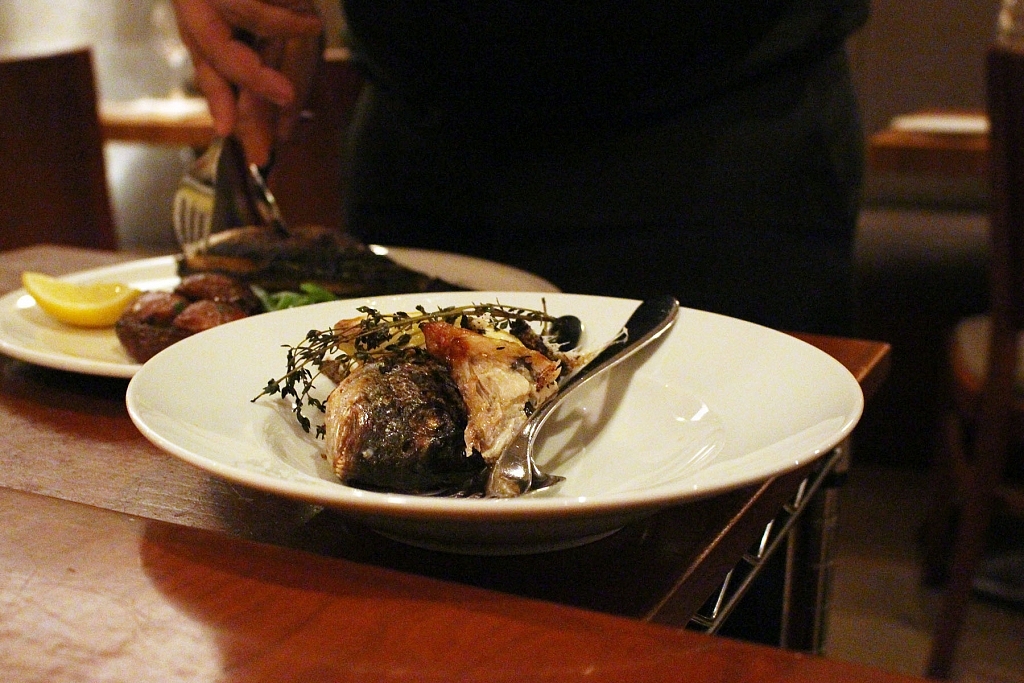 It was only after I shook the rain off my coat and walked into the warmly light entryway of Paese Ristorante that I suddenly had a flashback to its former King Street location. Actually, to describe it as “former” is not entirely accurate. The downtown location of the restaurant that shut down abruptly in 2014 was but a brief interlude in the restaurant’s 27-year history. Up until now, it was the only one I knew. Tonight, I discovered that the heart of Paese actually lies in North York.

In 1989, owner and operator Tony Loschiavo opened up Paese Ristorante (pronounced “PA-eze”, meaning “town or village” in Italian) hoping that Toronto would appreciate his authentic Italian cuisine with a strong Canadian twist. In 2016, they are still holding true to their original plan while also boasting wine cellars featuring over 800 labels from all major wine producing regions in the world. With four sommeliers on staff and BYOW (bring your own wine) options, it’s a great place to enjoy a glass or two.

Lorenzo and I settled into one of the comfortable booths and started off the evening with a splash of Campari in the form of a Negroni for him and an Old Italian Fashioned (Maker’s Mark bourbon, a sugar cube and orange) for me. The manager, Salvatore Morra, came over and introduced himself (he goes by Sal) while professionally tempering his obvious enthusiasm to discuss every single ingredient with two dining guests who were as passionate about Italian culinary culture as he was.

After a little focaccia and tapenade (a bean and mint one today), we declined the crowd-pleasing starters (polenta fries, meatballs) in favour of the branzino crudo. They dressed the raw fish with sea salt and olive oil in a classic preparation, but topped it with a small salad of avocado, caramelized onions and kimchi. Daring, yes, but a profile that makes sense.

We tasted the traditional with the Mushroom and Spinach Garganelli ($18), tossed with roasted wild mushrooms and spinach, testun di Barolo, parmigiano, and truffle oil, and the Grilled Whole Fish ($34, today’s was an orata or sea bream) served table side with roasted vegetables and a juicy wedge of lemon. Both were earthy and well-balanced Old World dishes that would be well-received by authenticity-seeking patrons. 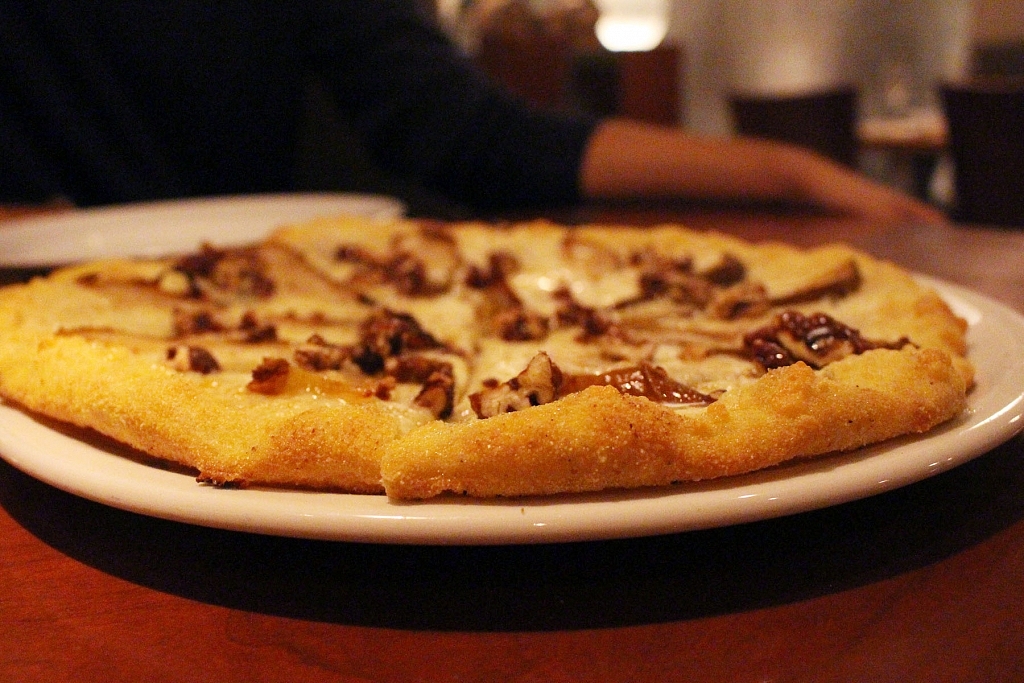 The more unconventional influences were spread out through the rest of the meal. Of particular note is their pizza crust. We chose a sweeter pie in the form of the Pera ($17)—a white pizza topped with roasted pear, gorgonzola, pecans and honey. The crust cannot be described as Neapolitan or Roman, or any region for that matter. It’s fairly dense, and tossed generously in semolina flour before being baked in a very stable convection oven that creates an even heat all over. It worked well with these flavours but I’m interested to see how it would fare with a Margherita.

With espresso, we enjoyed the Cioccolato ($11), a dark chocolate terrina and white chocolate mousse cake topped with hazelnut brittle that will remain a long-time favourite of the restaurant. Knowing that Lorenzo was a gelato chef, Sal also brought us a selection of their house gelatos, apologizing all the while that the lemon was a tad overspun. We agreed, while also greatly appreciating the acknowledgement. We also discussed the merits of the pine nut crust (maybe a miss) and the raspberry meringue (a great hit) in the Zabaglione dish they were experimenting with.

As Sal was cutting our fish, an elderly Gentleman patted him on the shoulder and thanked him on the way out the door. A few minutes later, another simply walked by and gave his arm a little tap in acknowledgment. And as each of the last regulars trickled out of the various private dining rooms and nooks and crannies of the restaurant, so too, did a strong sense that next Wednesday night would be just like tonight.

Final Thoughts: It takes confidence to advertise as a traditional Italian establishment while also “messing” with classics, but that’s always been Paese Ristorante’s model, and it’s how they will continue to differentiate themselves in Toronto’s Italian food landscape.