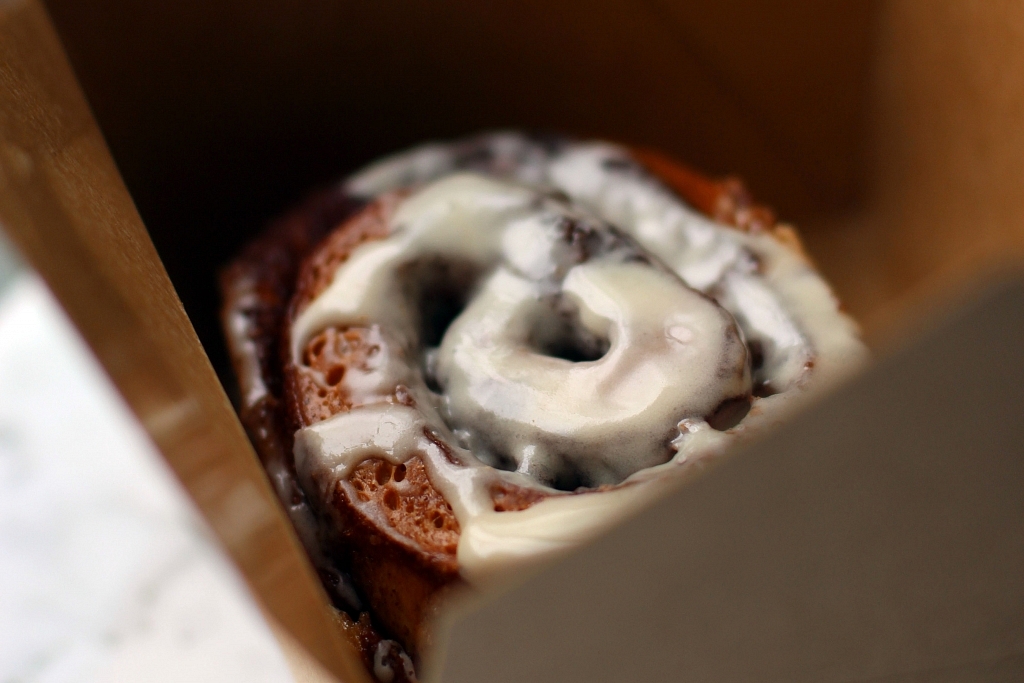 It’s a simple thesis that pretty much sums up the entire Rosen’s Cinnamon Buns story. It was also food writer Amy Rosen’s big epiphany at her family cottage last year. For once, everyone around the dining table was completely silent as they devoured the gooey, fragrant rolls she had just pulled out of the oven.

I have known Amy for a few years now and am frequently reminded of how experienced and articulate of a writer she is, particularly when I’m on the plane with a copy of Air Canada’s enRoute Magazine or in my kitchen trying to replicate a recipe from Toronto Cooks. It’s not every day that a food writer decides to turn around and open a restaurant of her own, but if anyone can do it, it’s Amy. And choosing to focus on one item is a very strategic move. At a time when so many restaurant businesses in the neighbourhood are closing their doors (one of my former favourites, L’Ouvrier, comes to mind), the streamlined business models such as Ezra’s Pound, Bang Bang Ice Cream, and basically every single ramen shop in town, are seeing great success. 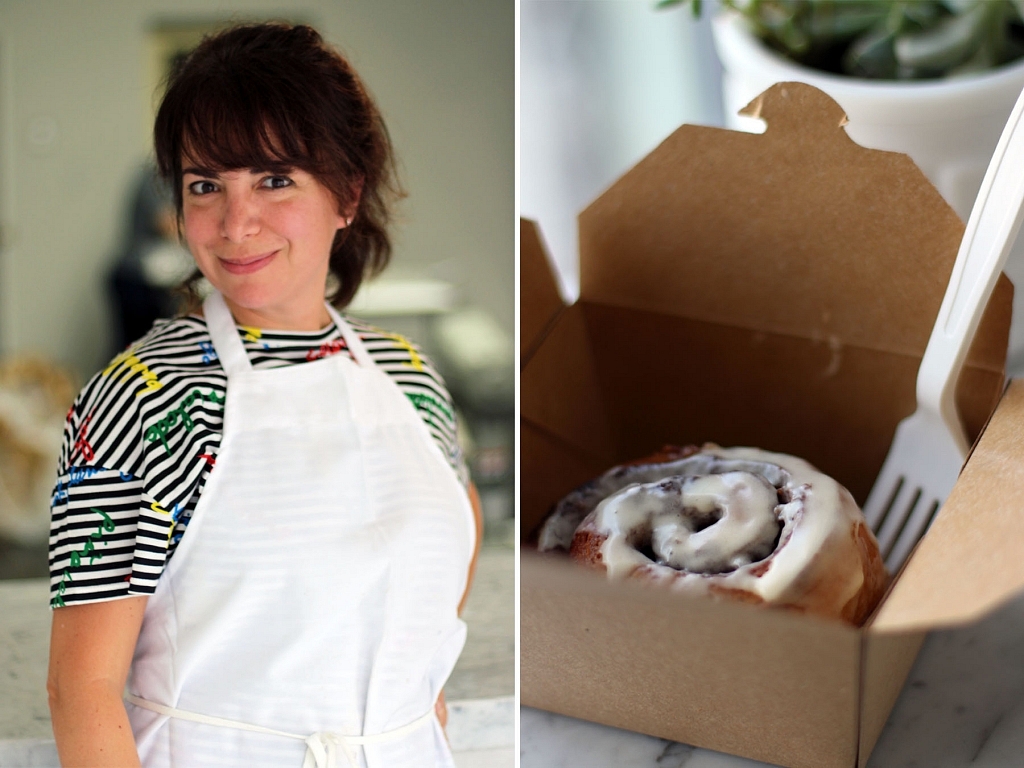 It’s the fourth day of business for Rosen’s Cinnamon Buns when I make my first visit. I could barely fit into the door with the gaggle of excited patrons trying to decide whether they wanted one or a dozen crowding the small, but well-designed (thanks to Cameron MacNeil) space. Eventually, there’s a slight lull and she comes around the counter to chat. “It’s incredible, but we have been selling out every day so far. 300 buns out the door well before 2:30!” she states proudly, almost not believing what she’s saying. I’m not surprised. After highlighting and supporting the ventures of Toronto’s best dining establishments and media outlets for so many years, everyone is more than happy to return the favour.

All of these buns are handmade with fresh ingredients. Imagine a Cinnabon bun, but without all the frustrating layers of extra dough and glaze, save the well-spiced interior (the best part) but with well-defined crispy edges. The brioche dough and the light glaze (more icing sugar than fat) make all the difference. Currently, regular-sized cinnamon buns are $4 each. They also serve coffee from Ezra’s Pound and tea from Honest Leaf (both $2.50 a cup). I hear cinnamon bun bread pudding also makes an occasional appearance.

As I’m about to leave, Amy’s aunt (and clearly one of her biggest fans) walks in to say hi as well. “Have you tried the buns yet?” I ask, while licking the last bits of icing off of my fingers. “Are you kidding, I eat one every day!” she laughs.

Final Note: This is a no-brainer. If you like cinnamon buns, you should go to Rosen’s. Currently open Wednesdays to Sundays, 8am-4pm (or until sold out).