Most people who work long hours in Downtown Toronto’s Financial District can relate to this scenario: It’s 7:00 PM, it’s officially pitch black in your office, and time to consider turning on the after-hours lights. You still have about two hours of work to complete, some of which could be done at home, but you hate the idea of taking your work with you, not to mention losing your workflow and access to multiple screens and nearby printer. But if you stay, you’re going to need to eat, and everything in the food court (which you don’t care for much anyway) is closed, and you don’t have time to sit down at a restaurant. What do you do? 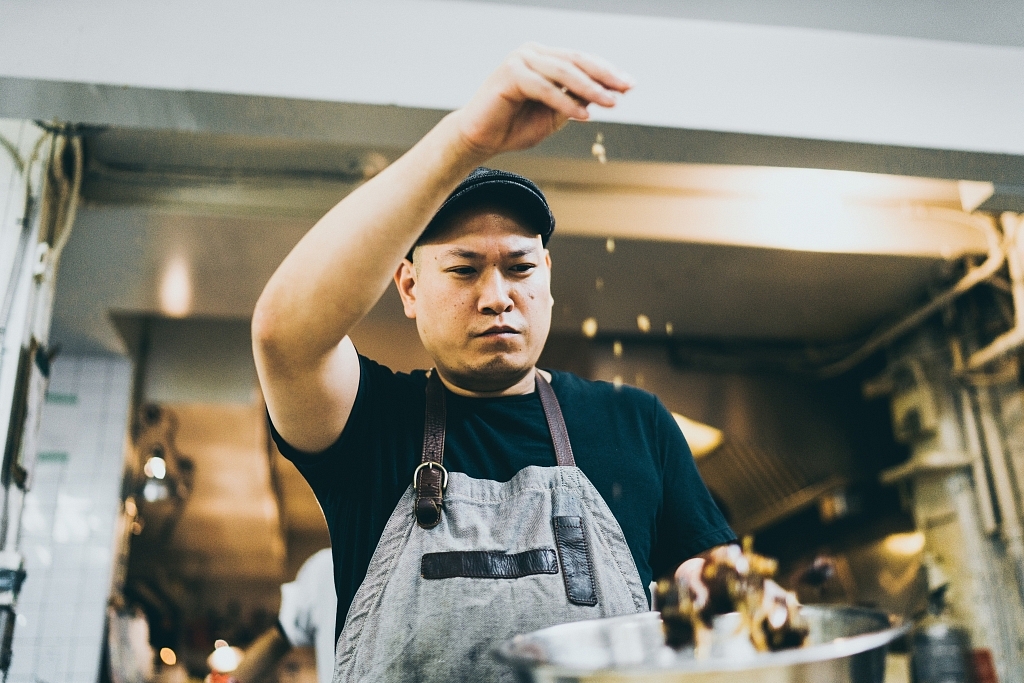 I’ve lived through this scenario many times. Apps like UberEats, Foodora and Ritual have certainly improved the availability of options, but they really haven’t solved the problem (and attached emotional turmoil) of the “sad work dinner”.

Assembly Chef’s Hall is the gourmet fast casual concept of one of Toronto’s top restauranteurs, Andreas Antoniou. You may or may not know his name, but if you work and/or live downtown, it is highly likely that you’ve eaten at one of his of restaurants: Little Anthony’s, Los Colibris, El Caballito, or of course, his beloved Estiatorio VOLOS. It makes sense that he would choose to locate his newest project in the same neighbourhood. At Assembly, patrons can expect to experience offerings from some of the city’s most well-known and up-and-coming chefs, who will be selecting a few signature items from their restaurant menus to feature and serve.  The 18,000-square foot space will house 18 food and beverage vendors in total, and will also include a wine bar, massive beer hall and an outdoor patio for the summer months, all of which will be perfect for hosting their live musical performances and culinary events. Most importantly, Assembly will be open daily (yes, including weekends) for breakfast, lunch and dinner. 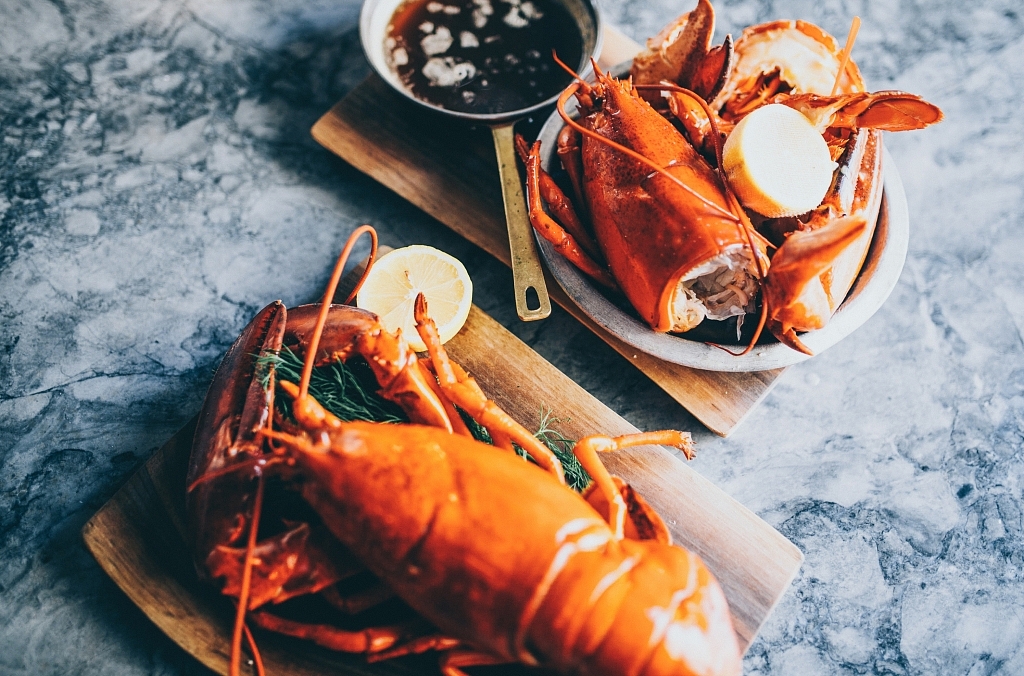 The individual chefs, and the creativity and skill they bring, will definitely be the driving force behind this project. In fact, the whole experience feels like Amy Rosen’s book Toronto Cooks come to life.

A few big name restaurants such as Nick Liu’s DaiLo (hello, Peking duck wings) and Vittorio Colacitti’s The Good Son (wood-fire oven pizza all day) will be sure to draw a daily lineup.

If you’re looking for high-end healthy, Elena and Andrey Malkov’s Hibiscus will be serving up some of their vegan favourites, including the famous 42 ingredient vegan salad, while Kate Taylor Martin’s nut bar will offer avocado toasts and turmeric lattes. I’m particularly looking forward to the amazing Amira Becarevic’s (formerly an executive chef for the Chase Hospitality Group) new healthy gourmet offshoot, Mira Mira.

If you’re in the mood for a bowl of warm noodles, Chantana Srisomphan will be leading Khao San Road’s “Little Khao” with their famous Khao Soi and other Thai dishes, and Koji Zenimaru will be serving up Ramen Isshin’s shoyu and miso ramen.

Although I dare not pick a favourite, Chef Jackie Lin of Shoushin might win the prize for the most upscale dishes. Tashi (on one side of the space), will be offering chirashi don (one of the few dishes I would consider eating ever day for the rest of my life if I had to) while Shari (on the other side) will be the only closed-off, intimate dining space at the Assembly, offering reservation-only, 30-minute, $45 omakase.

Of course, Andreas will be bringing two of his own, including Los Colibris‘ and El Caballito’s Chef Elia Herrera to run the jointly operated Colibri (tacos and tostadas) , and Little Anthony’s Garth Legree to run Bluenose Lobster (the whole butter lobsters will be very tempting come dinner time). 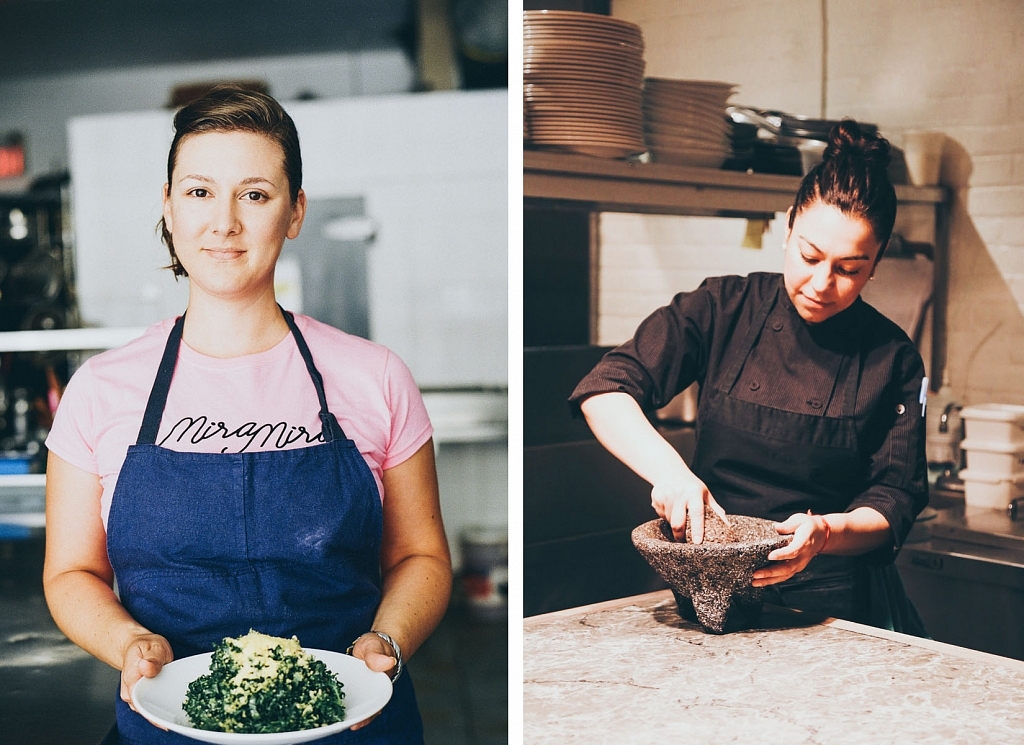 Like many other world class cities (New York, London and Tokyo have been doing it well for years), food halls are starting to become recognized as the new standard for communal dining in Toronto. Sak’s Food Hall by Pusateri’s has already changed the lunch time game in the area, and Adelaide Eats has been a welcome addition to the summertime rotation. Once Eataly finally arrives in Toronto, the food hall revolution will have officially hit its stride. Trust me, I rely on an easy food court visit now and then, but I will happily pay an extra dollar (or three) for a chef-prepared taco or salad over a lifeless “I think it’s chicken” sandwich or greasy beef and broccoli any day. 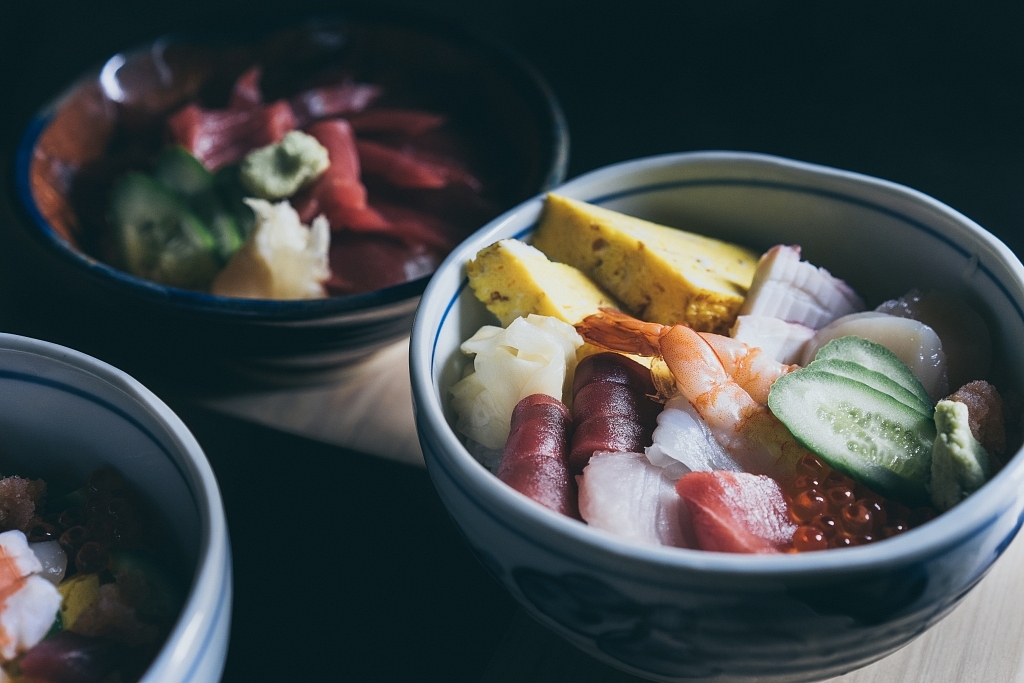 The risk of failure for launching a new restaurant in Toronto is extremely high. If you’re not already a chain or part of a group of restaurants, you will have to rely heavily on the skill and goodwill (and oftentimes Instagram popularity) of your chefs, a never-ending flow of capital, and a lot of luck.

Andreas chose to go big, but his success is almost guaranteed. He has an all-star line of up chefs, who are each bringing their own personal brands and following. He has a prime location on a PATH-connected, first floor of a AAA building. It’s fully accessible (wheelchair friendly) and spacious. There is something for every palette and price point. And, it’s pretty much always open. If this isn’t a winning formula, I don’t know what is.

While a Grand Opening Date has not yet been set, keep your eyes peeled for Assembly Chef’s Hall’s soft opening in the next few weeks. This is something we can all look forward to.

Please note: All photos in this post are courtesy of Assembly Chef’s Hall (photos of Nick Liu and Amira Becarevic by Tyler Hayward) and edited by me. I should disclose that there are many stakeholders involved with Assembly that I’m connected to professionally, and it would be impossible for me to speak negatively about this place without shooting myself in the foot. However, after a thorough site visit, an interview with Andreas, and eating numerous dishes prepared by the aforementioned chefs in the past, I’m fairly confident that this place is going to turn out great. All opinions expressed in this post are definitely my own, and no one reviewed this post prior to posting.
Share on Facebook Share
Share on TwitterTweet
Share on Pinterest Share
Share on LinkedIn Share
Send email Mail
Print Print
AsianCanadiancelebrity chefschefscity guidesdowntown livingHow to Eat BetterrestaurantsTorontoToronto restaurantsunique dining
NewerThe Best Things I Ate in 2017
OlderAn Italian Education Part I: The Art of Pasta Making