A Weekend in the Okanagan 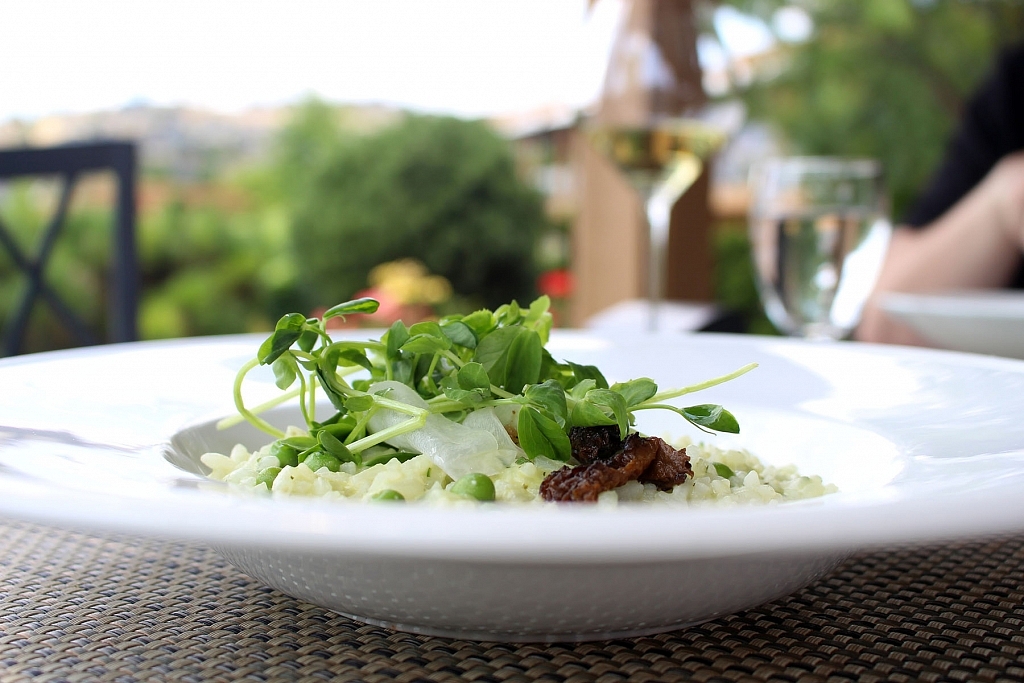 Throughout my childhood, I visited the Okanagan on a handful of occasions; often for fruit picking adventures with family (the peaches are always a real highlight) or for high school field hockey tournaments. However, as my plane touched down at the Kelowna International Airport this time, I realized it would be the first time I would return as an adult—with (for better or for worse) a strong wine-loving and Torontonian point-of-view.

In an uncanny way, British Columbia’s Okanagan Region bears a strong resemblance to the Niagara Region of Ontario. They’re both the top wine-producing areas of their respective provinces, and they both have a crowded tourist city center designed to be driven away from in order to experience their idyllic surroundings. Based on that knowledge and with only a short weekend of a time frame and a wedding in the middle of it, I drafted up a full itinerary to maximize the region’s offerings. 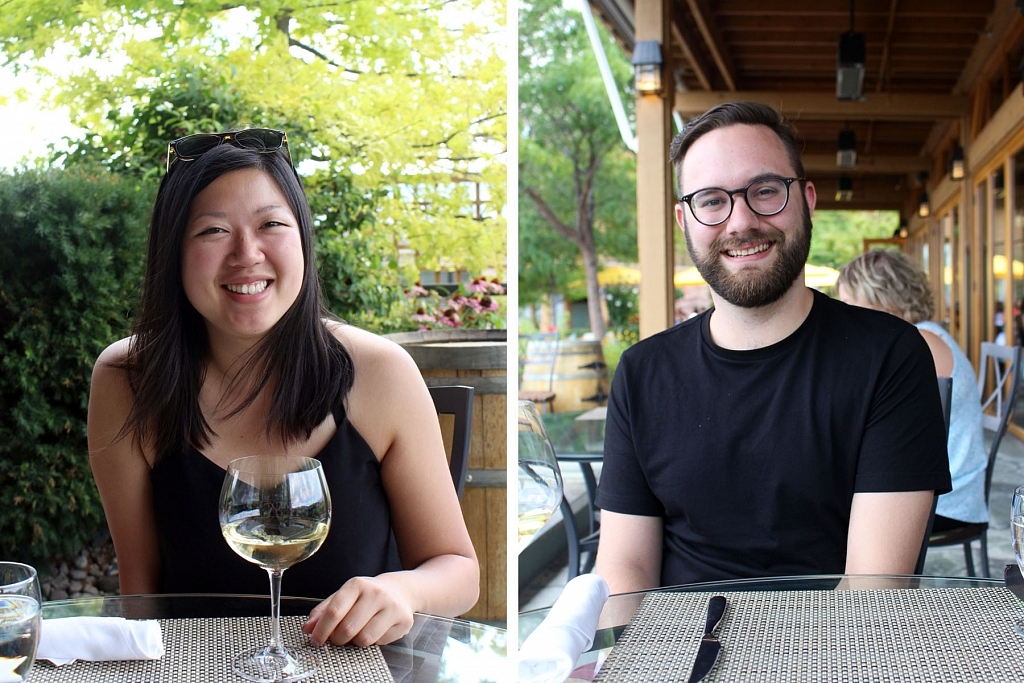 Two sides of the table: Annie and Brandon at Quail’s Gate

Friday was completely dedicated to experiencing Kelowna itself (for which I chose not to bring my camera). My high school friend Scott picked me up from the airport and we headed straight to brunch at the Jammery, a four-minute drive away. It’s an unremarkable place in décor and taste but fiercely defended by locals and You Gotta Eat Here fans. Next, we headed over to Lake Okanagan to enjoy some stand-up paddle boarding. While it was a lot of fun, there is something to be said about giving yourself adequate time to adjust to new surroundings after a four-hour flight and three-hour time zone difference. I happily used the latter part of the rental to lie down on the board in the middle of the lake to watch the clouds roll by.

RauDZ Regional Table never takes reservations, but is worth the wait. They highly recommend grabbing a drink at their sister establishment Micro Bar Bites to pass the time, but we opted instead to visit Okanagan Spirits Craft Distillery around the corner, coincidentally on the launch date of their beautiful new bourbon-style whisky, appropriately named BRBN. At RauDZ, they do the local, farm-raised and organic thing really well. My Dungeness Crab “Cappuccino” (it was actually a velvety bisque served with a cappuccino foam-like topping) and oat-crusted Arctic Char were both menu staples and great decisions. Scott was equally impressed with his near-blue (I don’t know how he does it) steak.

On Saturday morning, Eric, Brandon and I (they were both attending Tessa’s wedding with me) grabbed a coffee from Bean Scene Central before visiting Lake Country’s famous Kangaroo Creek Farm. I think I would have enjoyed the amped-up petting zoo experience more with children in tow, but I will commend them at least in providing a big, open area and ample “rest hours” for all their animals. Definitely plan to go before noon if you’re planning a visit. 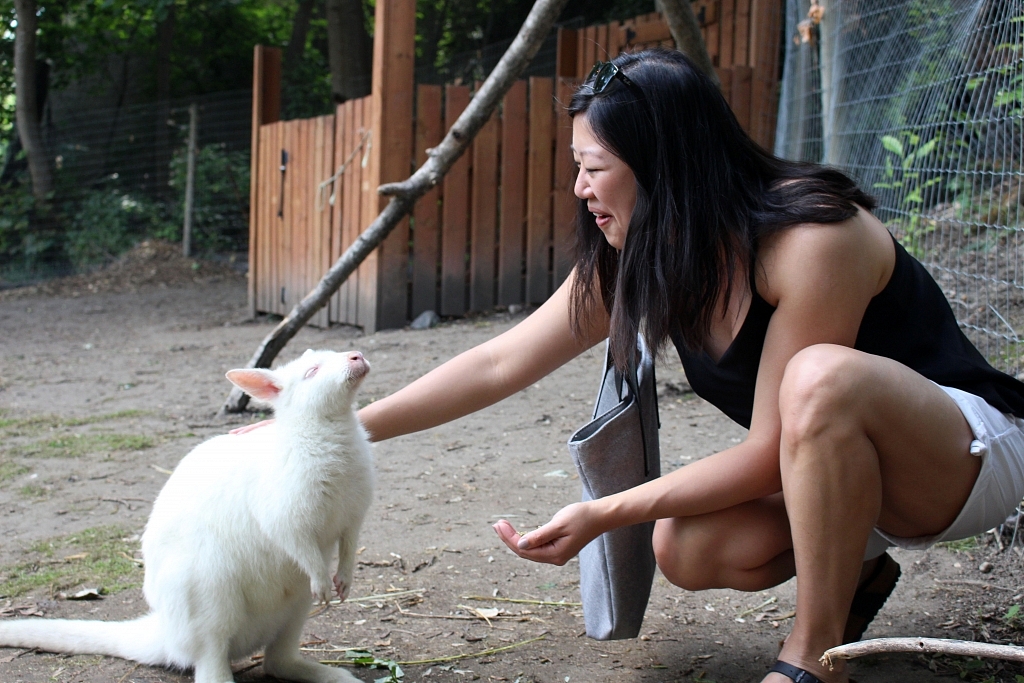 Finally, it was time for the wineries. When I took the first bite of  my Spring Pea Risotto (first photo) with morels and shaved kohlrabi that I ordered off the seasonal menu at Quail’s Gate Winery (paired with their 2014 Chardonnay), it was like tasting the entire Okanagan Region on the tip of my tongue. Eric and Brandon both ordered a Paprika Chicken with some of the largest fava beans I’ve ever seen. On top of the great food, we managed to land the best table in the entire establishment. Sitting right at the corner patio spot overlooking all of the vines and the lake, under the shade, on one of the hottest days of summer paired with a cool breeze– it was a perfect lunch.

The wines at Quail’s Gate were great, as were the ones we tried at Gray Monk Estate Winery in Lake Country later on that afternoon. We also made a stop at the behemoth Mission Hill Winery, across the dirt road from Quail’s Gate. As luck would have it, our Prime Minister had the same idea that day. Our visit was peppered with security detail and a lot of giddy twenty-something-year-old women trying to get their boyfriends to take photos of them with the back of Trudeau’s head. Surprisingly, none of us enjoyed any of the wines we tried there, but I might argue that the stunning architecture here is worth a visit alone. 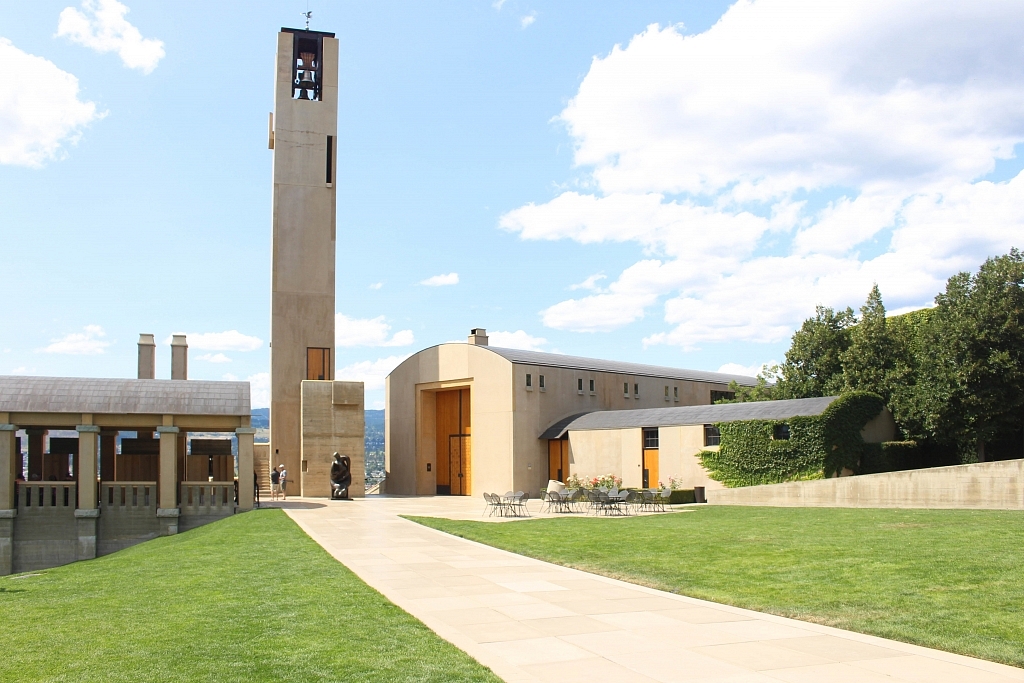 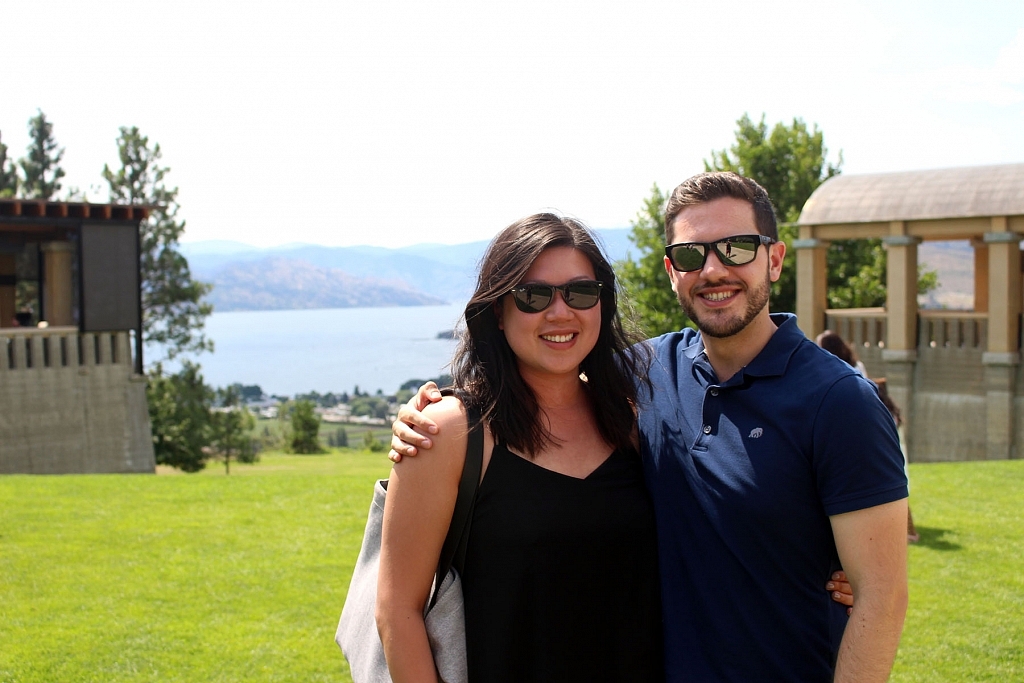 With Eric at Mission Hill Winery 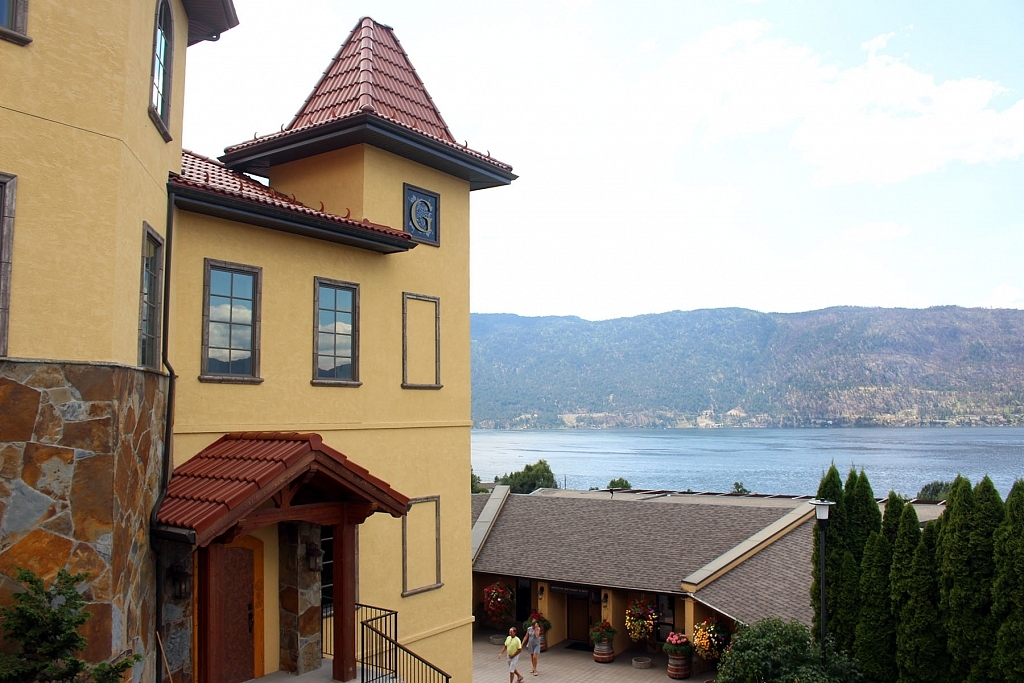 The wedding that night was a beautiful cottage affair, and Eric and I left the next morning with excellent efficiency and one last scenic excursion. I had only left British Columbia few weeks ago but being on the Lake and driving through Lake Country was a great reminder of just how different the Interior is from the Lower Mainland and Vancouver Island. For what the Okanagan lacks in humidity, it make ups with rolling hills, excellent wineries, and equally impressive waterfronts. Both the Region and I have changed since the last time we saw each other, but I think we’re better for it.