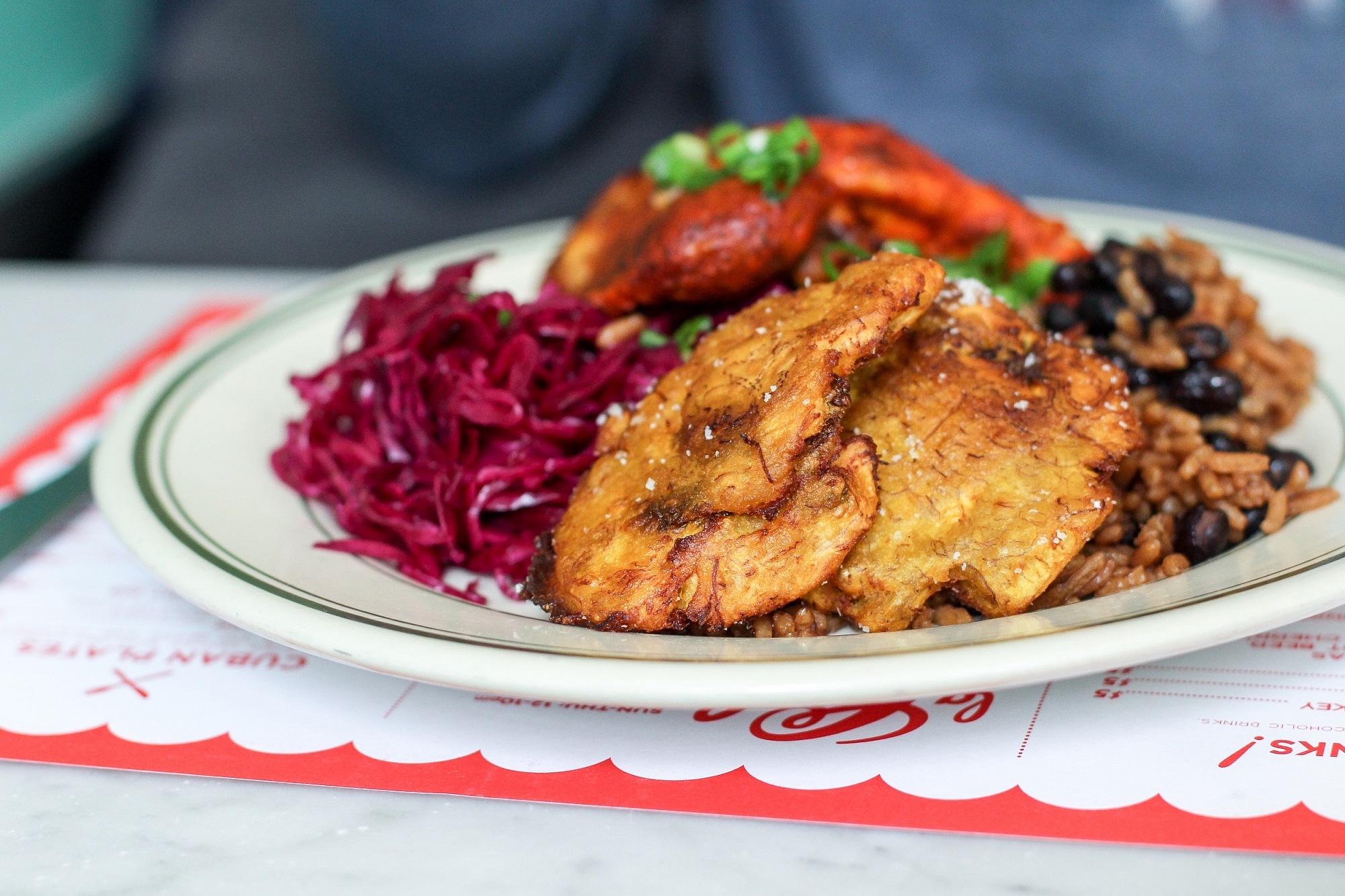 2017 was a very interesting year of eating. In Toronto, many of my favourite brunch restaurants closed (and instead of finding new spots, I just gradually stopped going for brunch…), but this seemed to give way to several new conceptual chef-driven restaurants, which is always promising. It was also the year that I finally did a proper deep dive into the world of ramen (more about that below). Throughout Ontario, I made two trips to Ottawa, a trip around Wellington County, and two trips to the Niagara Region (conclusion: Fall is still the best season in this province). And internationally, I made three major trips: Taiwan (September), Italy (October) and Norway (December). There was so much going on that I definitely didn’t do the best job at producing blog posts for each experience, so I thought I’d take a moment to summarize the best things I ate in 2017 here. 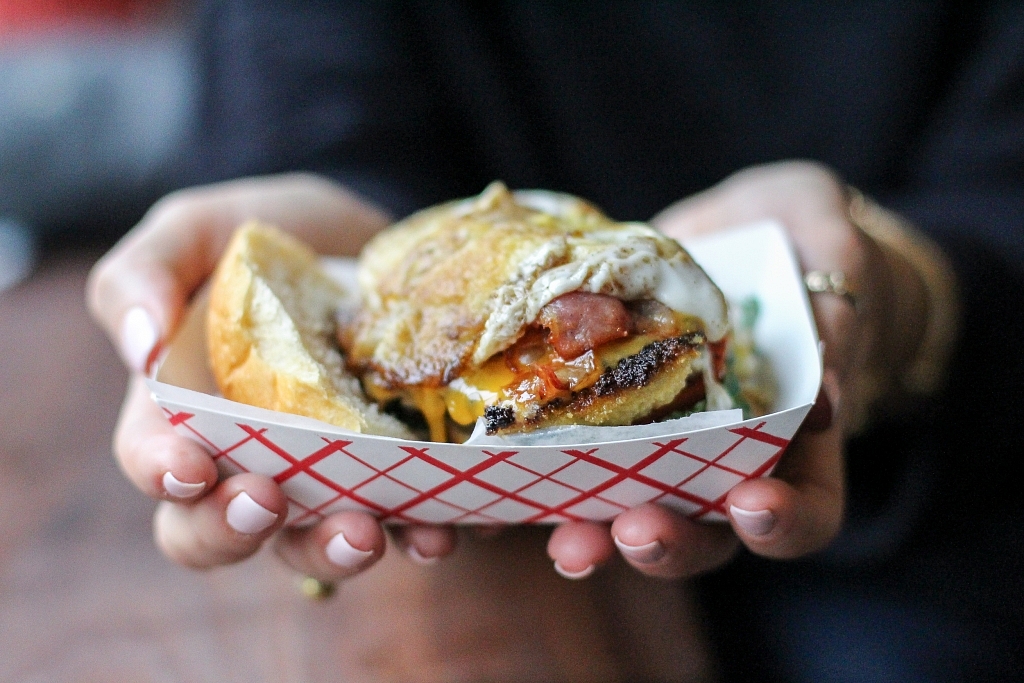 After a brief break to enjoy the mild winter in Victoria, BC with my family, I returned to Toronto and started a new position as an associate lawyer with a new law firm. I’ll be the first to admit that it’s a bit crazy to balance it all sometimes, but my legal work has been very interesting, especially with all the food law clients who have been coming through our doors.

The ramen deep dive this year started when my friend Lorenzo invited me to watch a special screening of the 1980’s cult classic Tampopo, which turned out to be one of the strangest movies I’ve seen since Rocky Horror. The group of us headed to Ramen Isshin and grabbed a bowl of the good stuff together right after (it was also Lorenzo’s first time eating ramen, ever). I ended up going to several Kinton Ramen locations (excellent in general, and very well-organized), and Ramen Raijin (not bad, but they’ve relocated and I can’t say I think that will be good for business) later this month. Touhenboku Ramen is pretty mediocre, and Momofuku is better in concept than execution (although there are also great reasons to visit Momofuku, including David Chang and amazing events). Jinya Ramen was the worst place I tried this year (sorry). I still stand by my two favourite places: Hokkaido Ramen Santouka, followed closely by Sansotei.

Favourite Toronto restaurant: When the Pig Came Home
Favourite dining experience: Transitioning into the New Year at The Latch Inn, in Sidney, BC (owned by my parents) 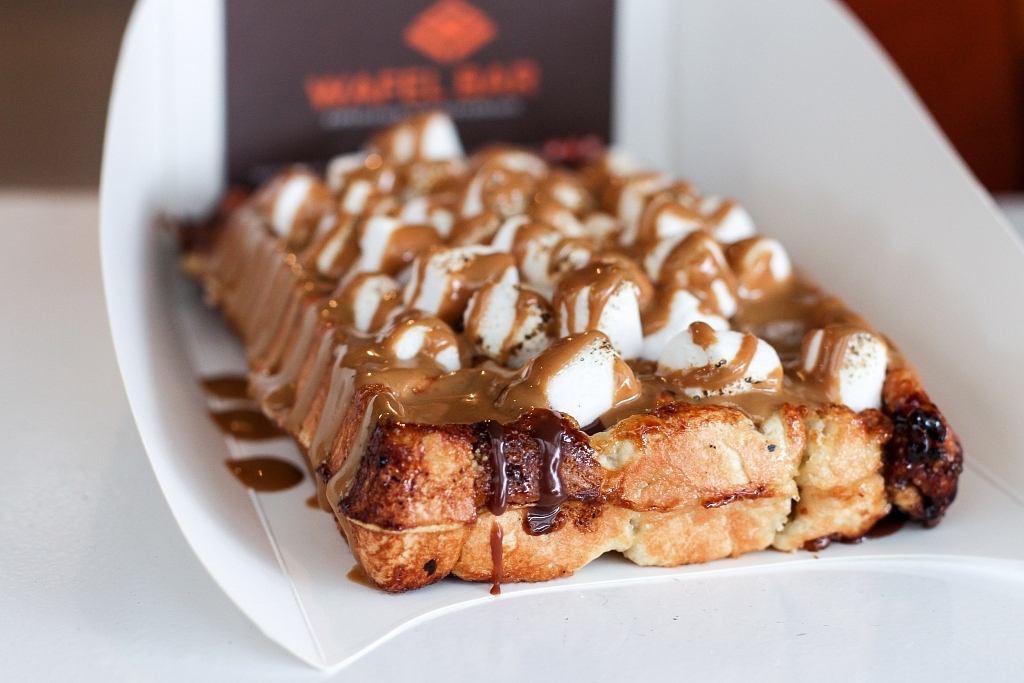 I’m happy to attend any event (like the Evergreen Winter Village) where I can enjoy Belgian waffles from Wafel Bar. I also represented my law firm at the Restaurants Canada Show (I think a few restaurant industry folks were a little confused as to why I was there in a suit and sans camera). This is also where I met one of my food idols, Lidia Bastianich! She was as wonderful as I imagined she would be. 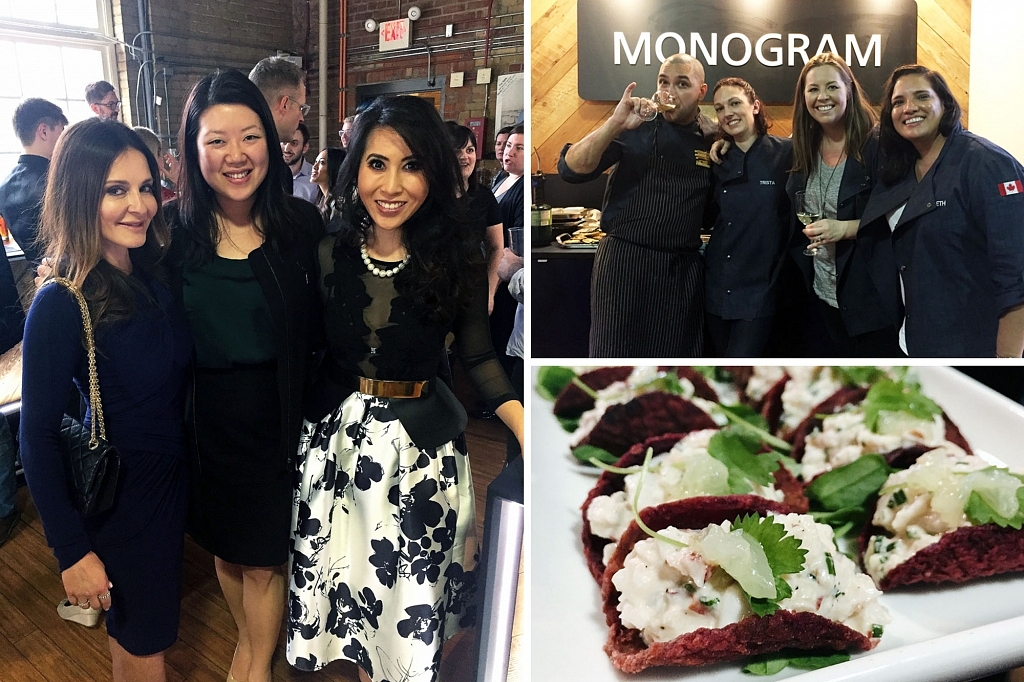 The most exciting part of March was celebrating the launch of Top Chef Canada All Stars. Other than Chef Mark McEwan (who has appeared on the blog numerous times now), it was very exciting to see my friend Mijune Pak, the fabulous Janet Zuccarini, and the mysterious Chris Nuttall-Smith join the judges’ table, and to celebrate with them alongside some of the “Cheftestants”. 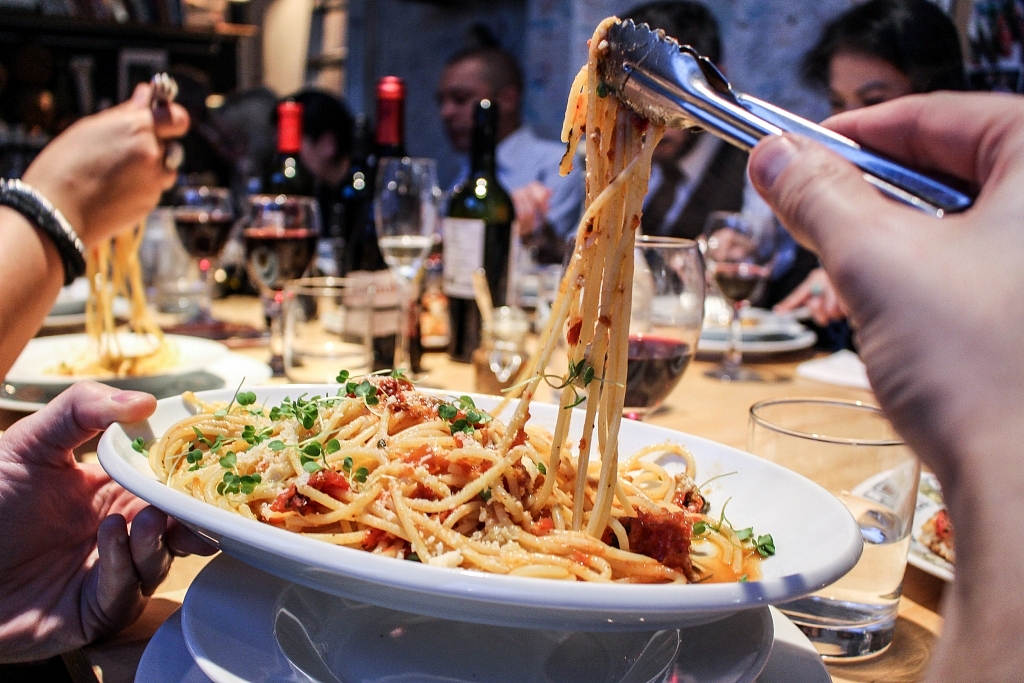 April was a bit of a hectic month as I transitioned into a new apartment and dealt with some other major life changes. However, the end of the month was filled with a lot of optimism and exciting new discoveries. I reconnected with and discovered several establishments in Chinatown and Kensington Market and remembered how great (and inexpensive) these neighbourhoods were. I also spent time finding good Thai food (Mengrai Thai was an interesting “I guess this has been here all along” find, Golden Thai was pretty bland, Pai and SukhoThai are still solid, and Sabai Sabai is decidedly not “just Thai” but just as good as the rest of the restaurants by Jeff and Nuit Regular). 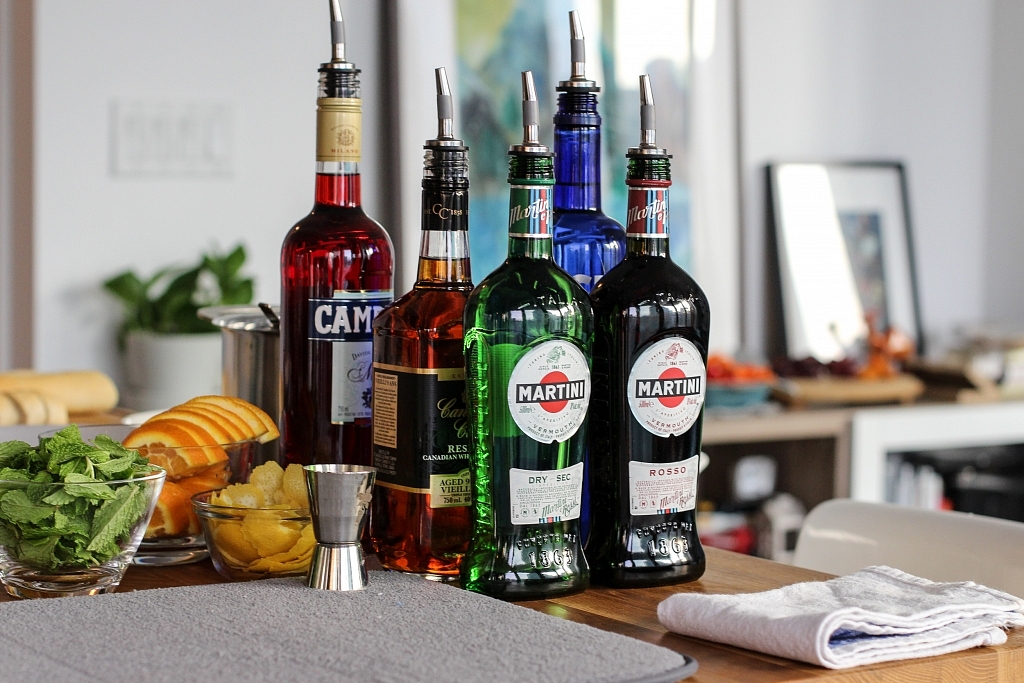 A proper bar set up for the first time | My apartment

As the weather grew warmer and I adulted hard into my new apartment, life seemed to get a lot better. I finally went out and tried several places that had been on my “up next” list for several years including Black Hoof (thanks, Judy), La Cubana (go at noon to avoid the crazy brunch rush), and the amazing lunchtime hole-in-the-wall that is Bob’s Bulgogi. I also added Simit and Chai and Versus Coffee to my roster of favourite cafes.

One of the most random evenings was a travel blogger event hosted by the Visit Philadelphia team. The event itself was fun, but somehow, it led into an epic night out later on with Chef Sylva Senat and the team from his new restaurant, Maison 208 and included visiting Chef Nick Liu at Dailo (Big Mac Baos all around!) followed by smoky cocktails at Bar Raval next door. If you’re ever in Philly, do yourself a favour and visit the restaurant!

Oh, and I also had the best tsukemen ramen of my life this month. 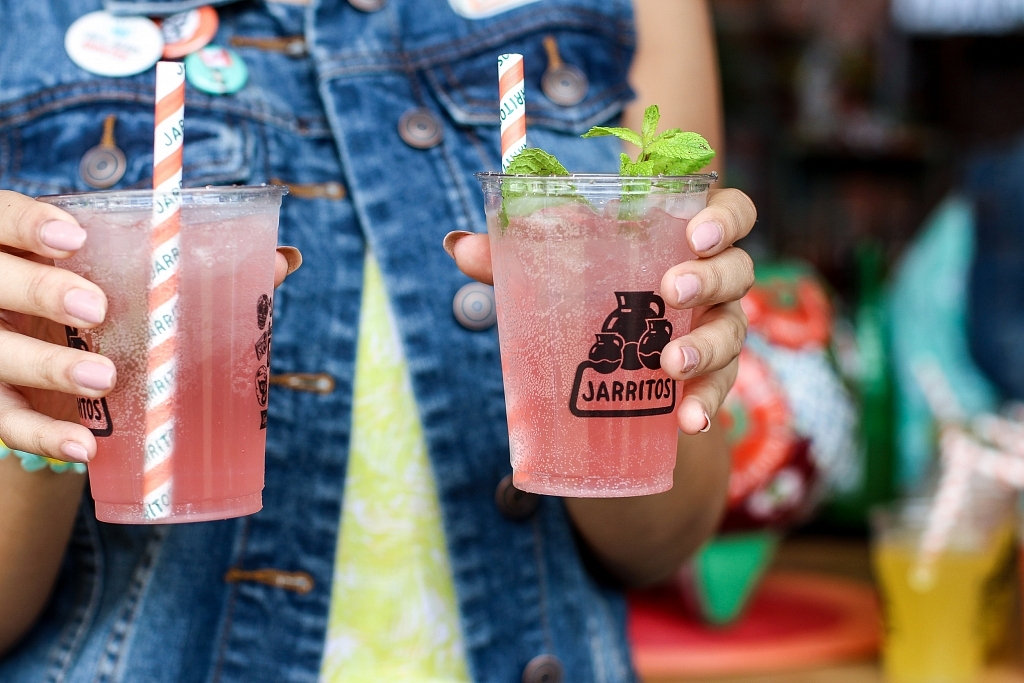 As always, June was an incredible month for Toronto food events, and we are spoiled with choice in this city. I have learned to avoid the crowds and opt instead for very well-organized events like Taste of Toronto and the Food Dudes’ Block Party instead, which were both incredible this year. I also celebrated World Tapas Day with Krishna at George Brown College and have been itching to go to Spain ever since. With the extra light and easy breezy weather, I managed to churn out two recipe posts this month: Rösti with Maple-Glazed Salmon and a Shaved Fennel and Asparagus Crostini.

Favourite Toronto restaurant: Edulis
Favourite dining experience: Drinking prosecco and eating charcuterie with friends all afternoon on my own patio 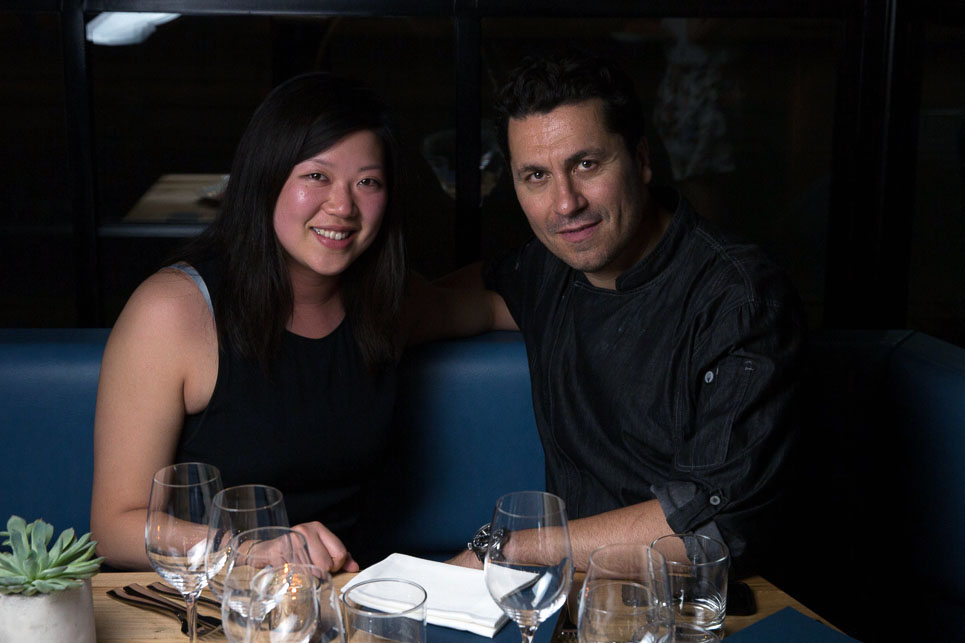 I decided to brave the crowds and go to Ottawa this year to celebrate Canada’s 150. Do I regret it? No. Was the weather as bad as it could have possibly been? You bet. It ended up pouring rain the whole day and the only hilarious refuge was finding some not-bad nachos and beer camouflaged by great live music and an undying Canadian spirit in a hidden Church basement dive bar (good find, Brad). I guess you could classify this as an “authentic experience” of sorts…

Back in Toronto, I was very pleased to attend Chef Claudio Aprile’s new restaurant opening and test out his eclectic Canadian menu. I also loved Oddseoul and Midfield Wine Bar, which are two examples of bars that also care deeply about their food selection. 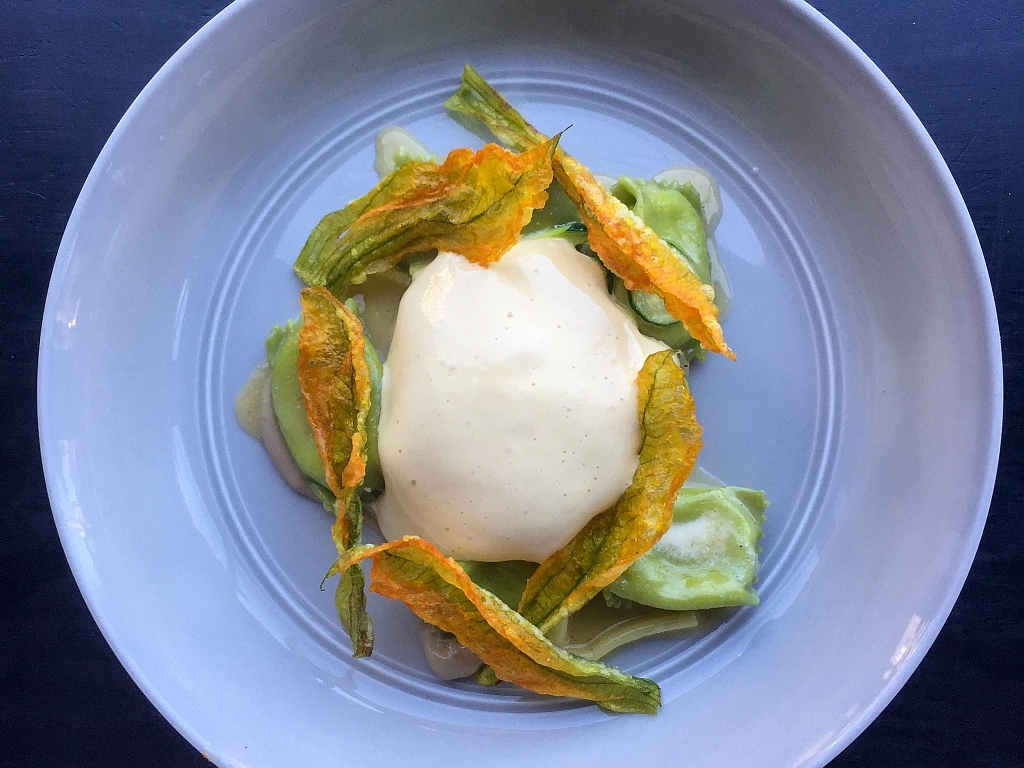 August was an insanely busy month at the office and in court that offered little time for fine dining. I guess the most consistently indulgent thing I did was go for ice cream and gelato as often as I could. Death in Venice, Tsujiri, Bang Bang Ice Cream, Bakerbots Baking, Kekou Gelato and anything made by Lorenzo are my Toronto favourites. 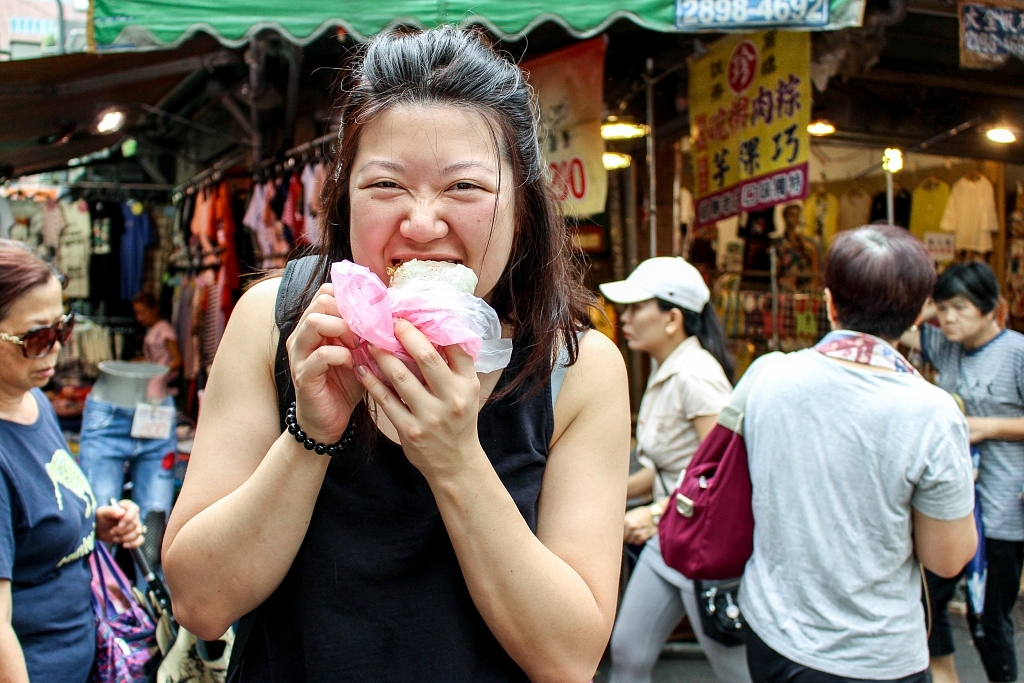 My trip to Taiwan this year was filled with a lot of different emotions and obligations. However, being in my (first) home country is always both a grounding and disorientating experience; grounding because it makes me remember who I was, and disorientating because I’m never really sure where I’m headed. One thing that I’m sure of is that Taipei is one of the world’s best (and underrated) culinary destinations. Don’t go to Taiwan for the fancy and pretentious (although you should look into the buffets at all of the 5 star hotels), but do poke around and explore the street food and the small family-run restaurants. That’s where you’ll find the heart and soul of this country.

At the end of the month, Eric and I visited Guelph and Elora on another FeastON escapade. If there are pumpkins and apple cider, we will come. 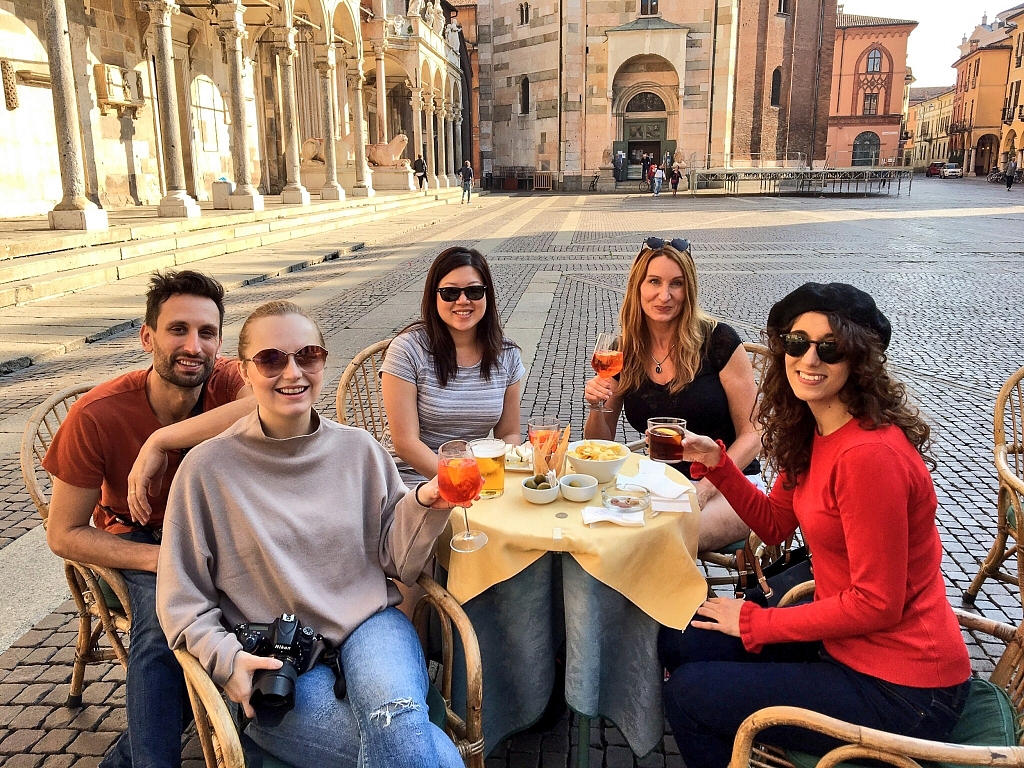 Me with a few members of my True Italian Taste team | Cremona, Italy

October 2017 was by far, the most incredible month of my entire blogging career. If you had asked me when I started Chu on This what would be the most insane thing to ever come from doing it, I would have probably sarcastically suggested someone sending me to Italy to eat pasta, cheese and cured meats all day. Well, that’s exactly what happened. There are several moments on my trip to Italy as an ambassador of the Italian Chamber of Commerce of Ontario that made me think I had died and gone to Cheese Heaven. There is so much more to be written about Italy in 2018.

Later on that month, DW (which is what we will call him for the time being) and I finally checked off the most embarrassing “I can’t believe you still haven’t checked that off” thing on my Life List: go up the CN Tower. The restaurant prices are still hard to justify, but the views were truly priceless. We also took a trip to Niagara Falls and were pleased with our choice of Trius Winery for lunch.

Then, on October 30, I had to pinch myself the whole car ride as I rushed off to attend the Taste Canada Awards Gala as a Shortlisted Author. Although I didn’t win in the end, being recognized for all of the work I’ve put into the blog and the brand over the years (especially given that I’m not a full-time blogger/writer) was such an overwhelmingly emotional experience. And to be surrounded by such talented company too!

Favourite Toronto restaurant: Miku Toronto
Favourite dining experience: Everything in Italy, but this tagliatelle from Hosteria 700 was particularly divine 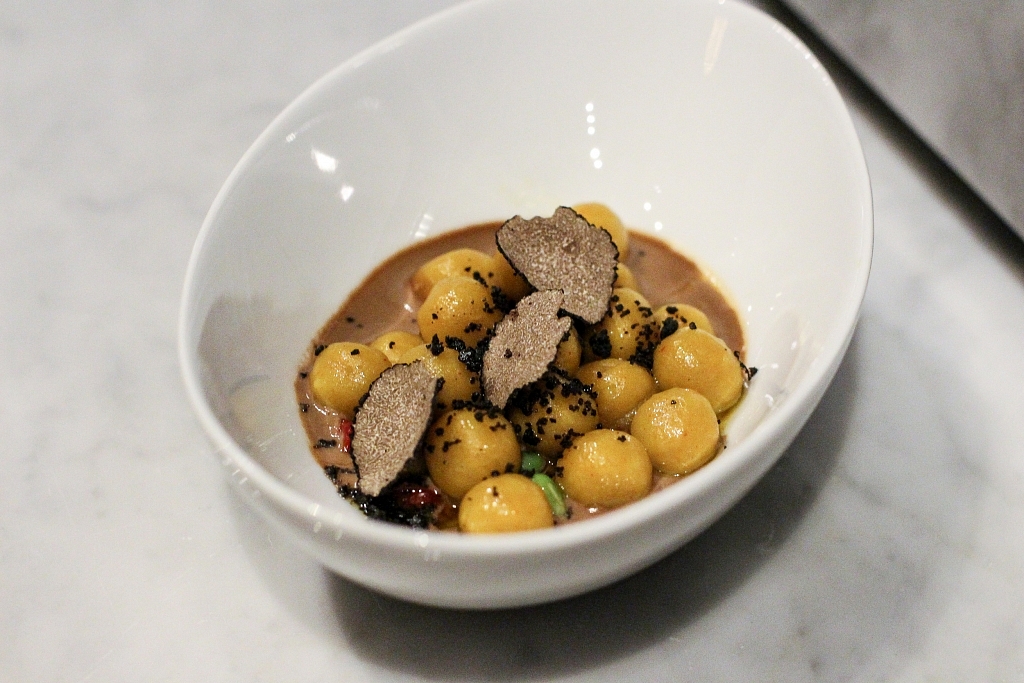 The first event I attended this month was a holiday party held at the Sak’s Food Hall by Pusateri’s, where Zandra and I overindulged on delicious chocolate and super delicate Italian finger foods. It’s hella expensive, but everything there is of very high quality. I also went to the opening of Craft Beer Market at Yonge and Adelaide. Much like my beloved Sud Forno, this place comes as a very welcome addition to the lower Yonge Street area.

Ottawa was on the books again, as I attended the second annual national food law conference. This trip was a much calmer and more relaxing experience than the chaos of Canada Day Weekend. Elgin Street (most notably, Charlotte, Pure Kitchen and El Camino) is doing particularly well.

Just when I thought I hadn’t been spoiled enough, I met up with my Italian Chamber of Commerce family at Terroni Adelaide for a special “The Power of Women” meal, where we enjoyed a beautiful four-course dinner prepared by Italian Michelin-Starred Chef Cristina Bowerman. This Sea Urchin Gnochetti with Black Garlic and Truffles was one of the best pasta dishes I’ve ever had.

As it has been for the last several seasons, Fridays at the Royal Ontario Museum are always awesome (or #FNLROM if you will) and this year’s Vikings Exhibit and Christian Dior were just up my alley. The food was pretty good too! 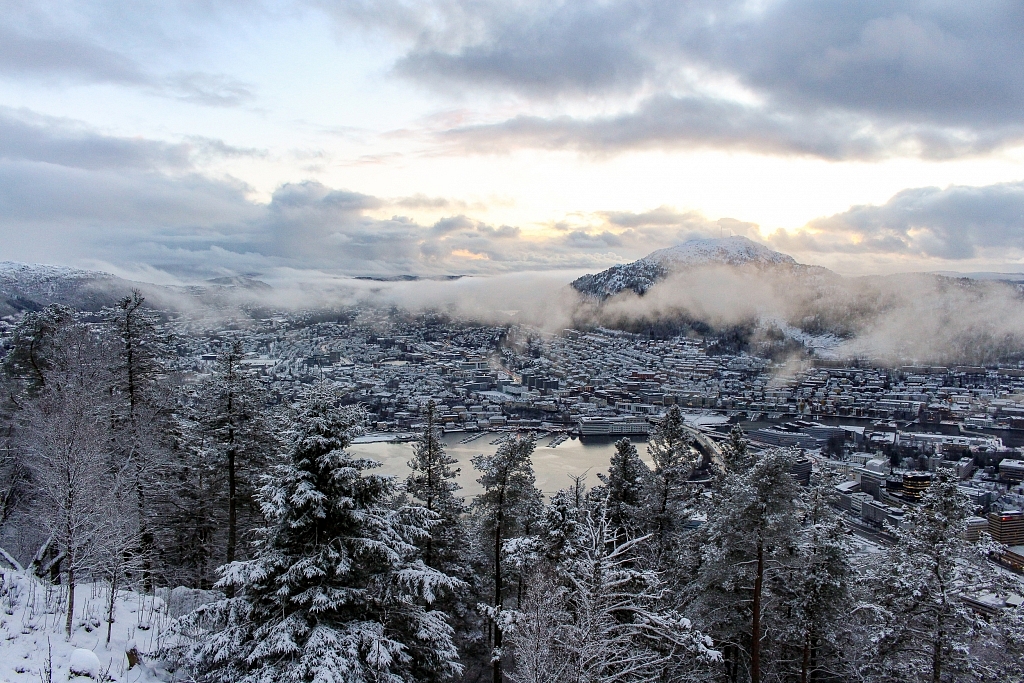 This scene above is the insane backdrop to my winter vacation this year. After a crazy year of work and travel, I dropped everything and headed to Norway to celebrate the Christmas holiday. The Norwegians are very dedicated to their Christmas celebrations and DW’s family introduced me to each tradition with true dedication. Oslo and Bergen were both fantastic. I had the most incredible time there (blog post to come) and can’t wait to go back again.