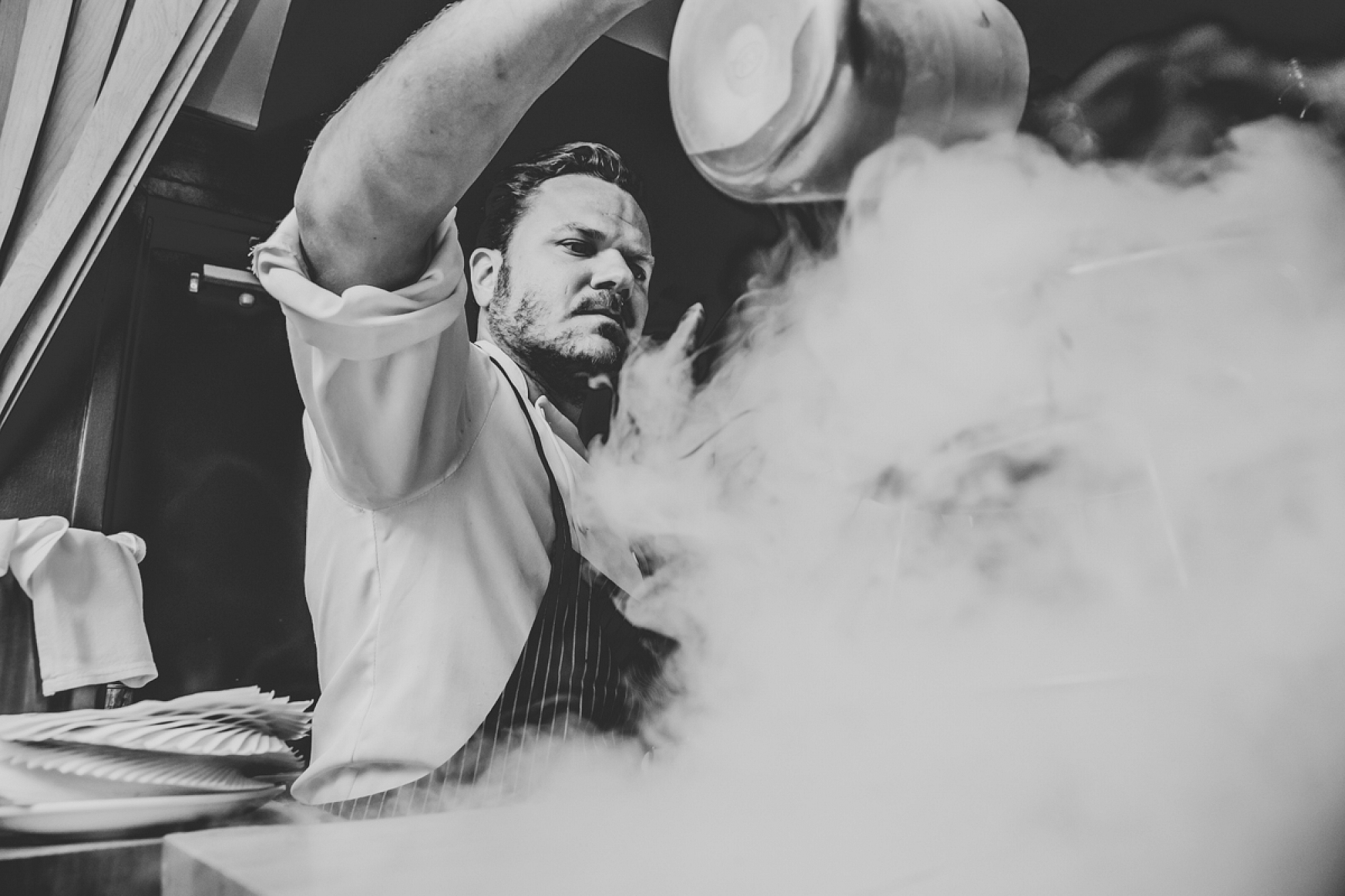 In the food industry, we throw around the term “tastemaker” somewhat gratuitously. Is it a simple matter of popularity or something less tangible? In any case, when presented with the Food Bloggers of Canada assignment to profile a “Canadian Tastemaker”, the first person that came to mind was Marben’s Executive Chef, Rob Bragagnolo.

Walking out of the kitchen, he looks like many a Toronto chef – blue striped apron, chef whites with aggressively rolled-up sleeves, a medium-thick beard and a moderately wild haircut. But there’s a certain quality to his gaze that reminds you he’s anything but typical. He’s carrying a cup of coffee in one hand and a large plastic container of sparkling water in the other, which he shifts to the cradle of his elbow to offer me a warm handshake. Even though I’ve met Bragagnolo on two other occasions, I’m still taken away by his palpable energy. 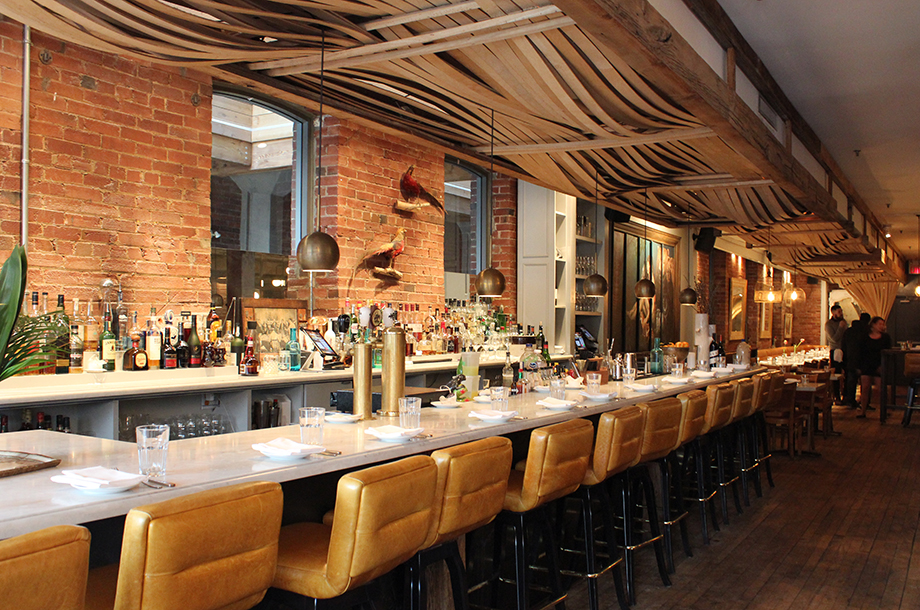 He’s only been here for two years but Marben is now synonymous with his name. With an architecturally stunning interior designed by Bradley Denton and a long line of successful chefs before him (Carl Heinrich and Ryan Donovan of Richmond Station and Alex Moliz of Farmhouse Tavern), Bragagnolo managed to maintain the integrity of the restaurant while also crafting it to fit his own vision.

Perhaps he had an edge growing up in a family that owned a trattoria and bakery in Venice. Indeed, if you focus just long enough, you can taste a kick of the Old World in his pasta dishes. But he never stopped learning. His formal culinary education involved three years in Neuchâtel, Switzerland marked by a brief stage exploring the traditional cuisine in Mexico. After returning to Italy for a little while longer, he took a leap to Spain, where his culinary career flourished for the next twelve years.

Undoubtedly, Spain holds a special place in his heart and his cuisine. In addition to his house, he also owns two restaurants with his business partner and Michelin-star chef Marc Fosh there. When you hear him speak about the vibrant tapas culture and the exciting flavours of saffron and shellfish, you might wonder why he ever left. But he’s got family here, and values that proximity above all the fresh seafood he could get living on a Mediterranean island. And we’re more than happy to have him. 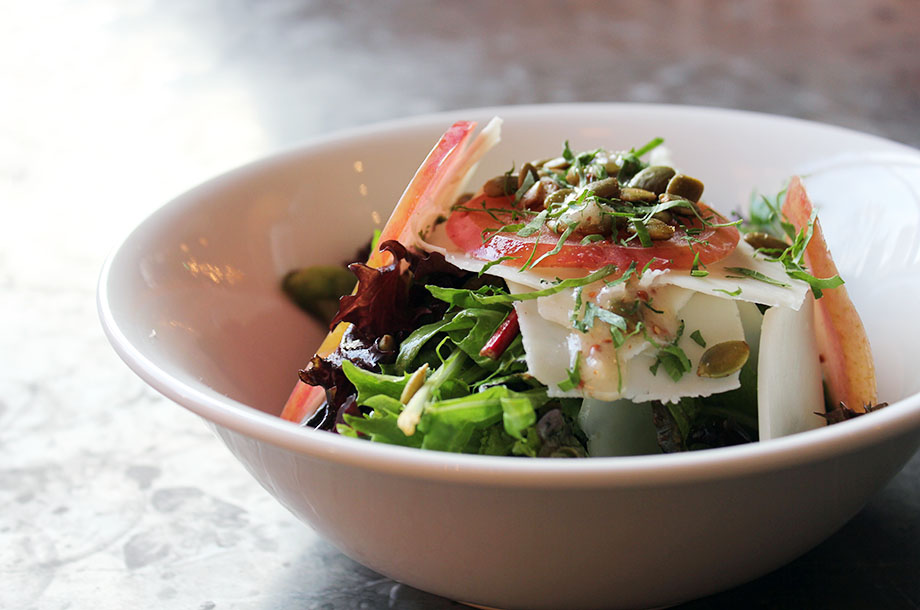 What does it take to be successful in this industry?

Bragagnolo attributes it to leadership. “The most important thing is knowing how to be a good teacher and a good leader,” he states plainly. “[At Marben] we have these eight guys in the kitchen, and eight or nine people out here, all working towards one goal, so it’s really your job to be quarterback and direct people in the right way.” But leadership isn’t the only thing necessary to succeed. “20 years ago, it was enough to open a restaurant and cook really great food,” Bragagnolo explains. “If you treated people well and gave them good food at reasonable prices, you’d be busy.” Today, he is one of a key group of chefs who understands the role of social media and the importance of getting the right message out to the public, in addition to cooking great food. 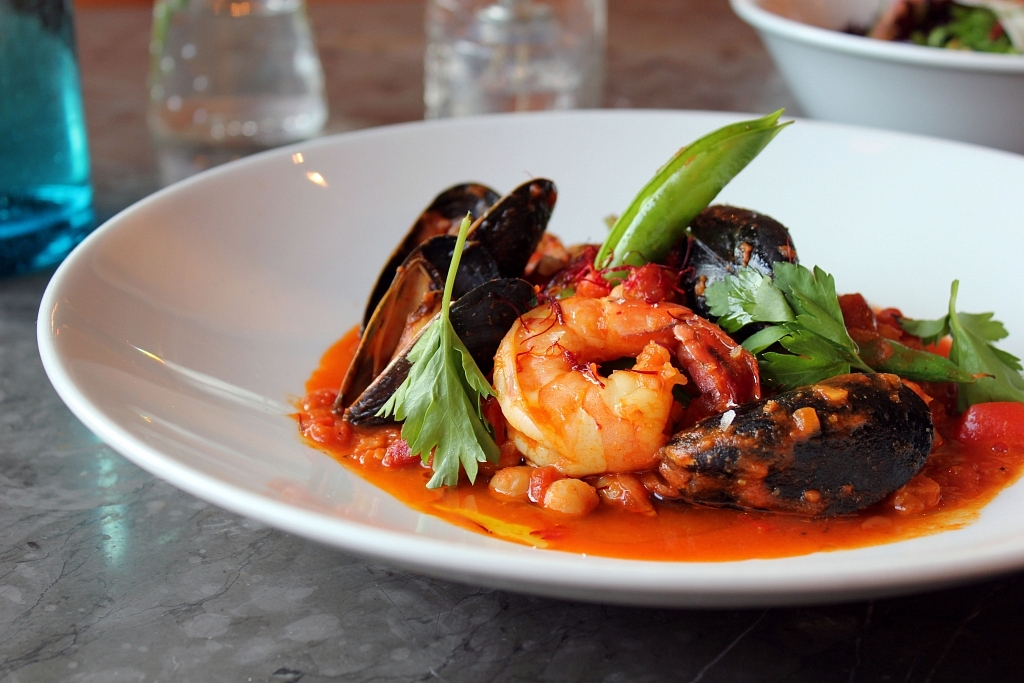 Weirdest thing you’ve ever eaten: From our perspective? Lime cured crickets and mealworms. It was ground up in a paste like the way you might grind up nuts in pesto. The cured lime is not a lime juice, but a lime powder. In fact, [in Mexico] they cure a lot of things with lime powder, ground up and mixed in with dried chilies and tomato, which creates just a lot of layers of flavour.

Best meal you’ve ever had: Akelarre Restaurant (a 3-star in San Sebastian) was mind blowing. One dish was a salt-based squid with a squid consommé with basically two ingredients: squid and salt. The other one was sole. The whole thing is roasted, taken off the bone, and served with the skin really crisp, almost like a sandwich. And they serve that with sea asparagus.

Your last supper: My mom’s roasted rabbit with polenta. Best dish in the world.