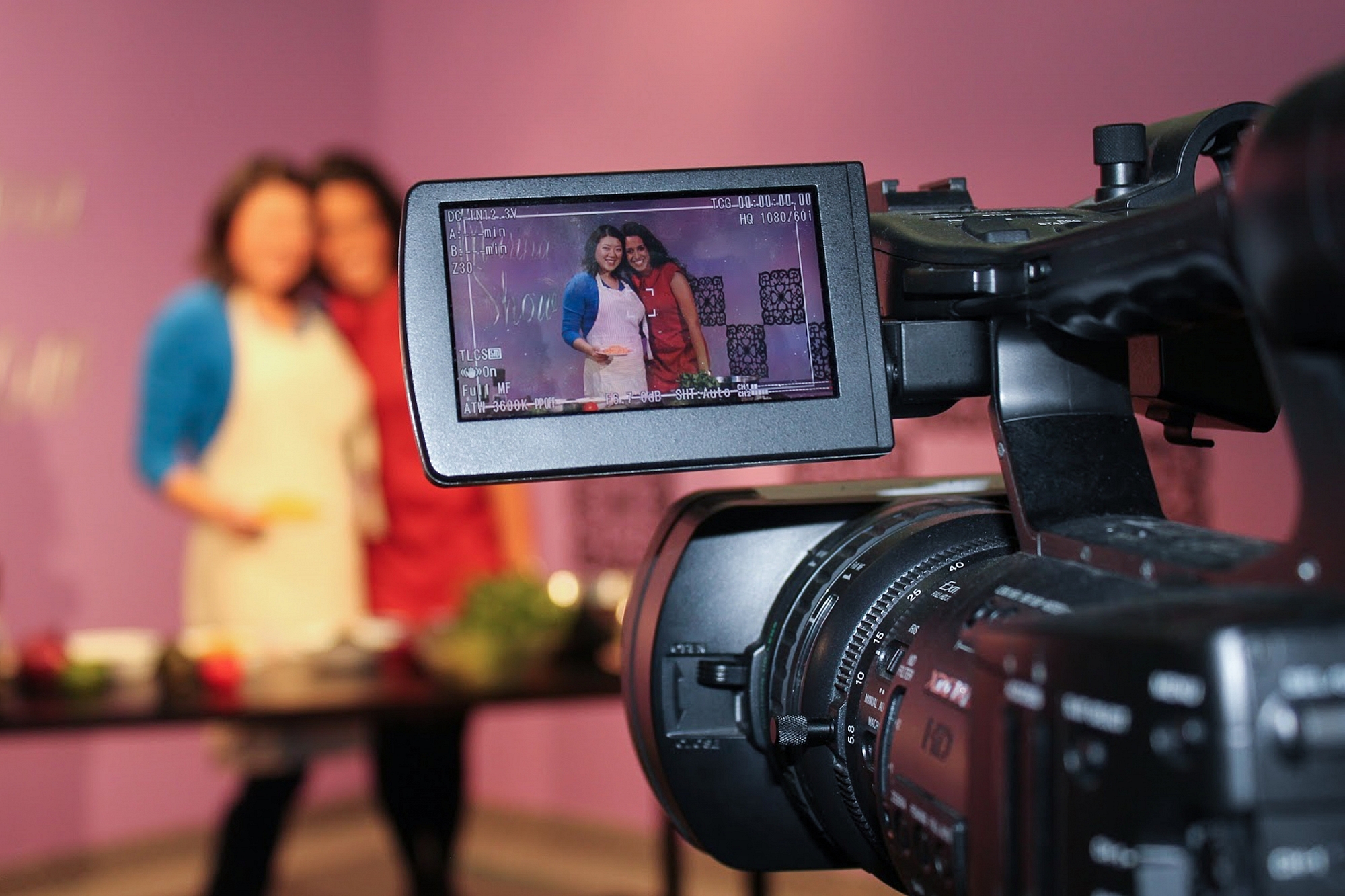 And my little television moment on The Marina Show

June 2019 Note: This post has been reformatted for better reading quality. Back in 2012, my law school friend Marina had a fun and fairly legit youth-oriented television show that ran on a Coptic Christian channel that was simply called The Marina Show. She invited me on to share some insights about healthy cooking, setting goals, and general blog things. It doesn’t sound like that exciting of an experience in 2019, but back then, blogging (as a “thing”) was still relatively new, and television was still king compared to YouTube. Although we never went to Hollywood with our segment, it’s still a fun nostalgic moment to look back on.

When there is a guest on the Marina Show, she usually starts gushing about how they are the one of the most beautiful, lovely, smart, talented and/or fabulous people that she knows. Well, coincidentally, Marina happens to be one of those rare people that falls into every one of those categories herself!

I was so delighted to be invited by Marina to appear on her show to talk about Chu on This. From the blog itself (restaurant reviews, travel tips, and the life list) to the importance of nutrition, we didn’t run out of a single thing to say and didn’t have to do a single retake! Saying that we’re both very naturally talkative women would be an understatement.

Then, the second episode that we shot was something that we had both been super excited about for weeks–our first cooking show! This was the first time that Marina had done a food segment on her show, and it was also the first time for me to do this. We decided to make something healthy and delicious, so I created this “Southwestern Salad” made with all the ingredients you see on the table below.

I have a lot more respect for people who do cooking shows now because man, does it take a lot of multi-tasking. At the same time that I’m trying to smile and give directions, I’m also trying to improvise (I’ve never even made this salad before!), remembering to look up at different cameras at appropriate times, give random nutritional tidbits that are pertinent to her young audience, be funny (Marina did a much better job at that!) and not cut myself with my knife!

We had so much fun and her crew was so wonderful throughout. It really does take a whole team to make a show and the amount of work that goes into it is truly commendable.

Some of the footage isn’t available anymore, but you can view the interview segment here: