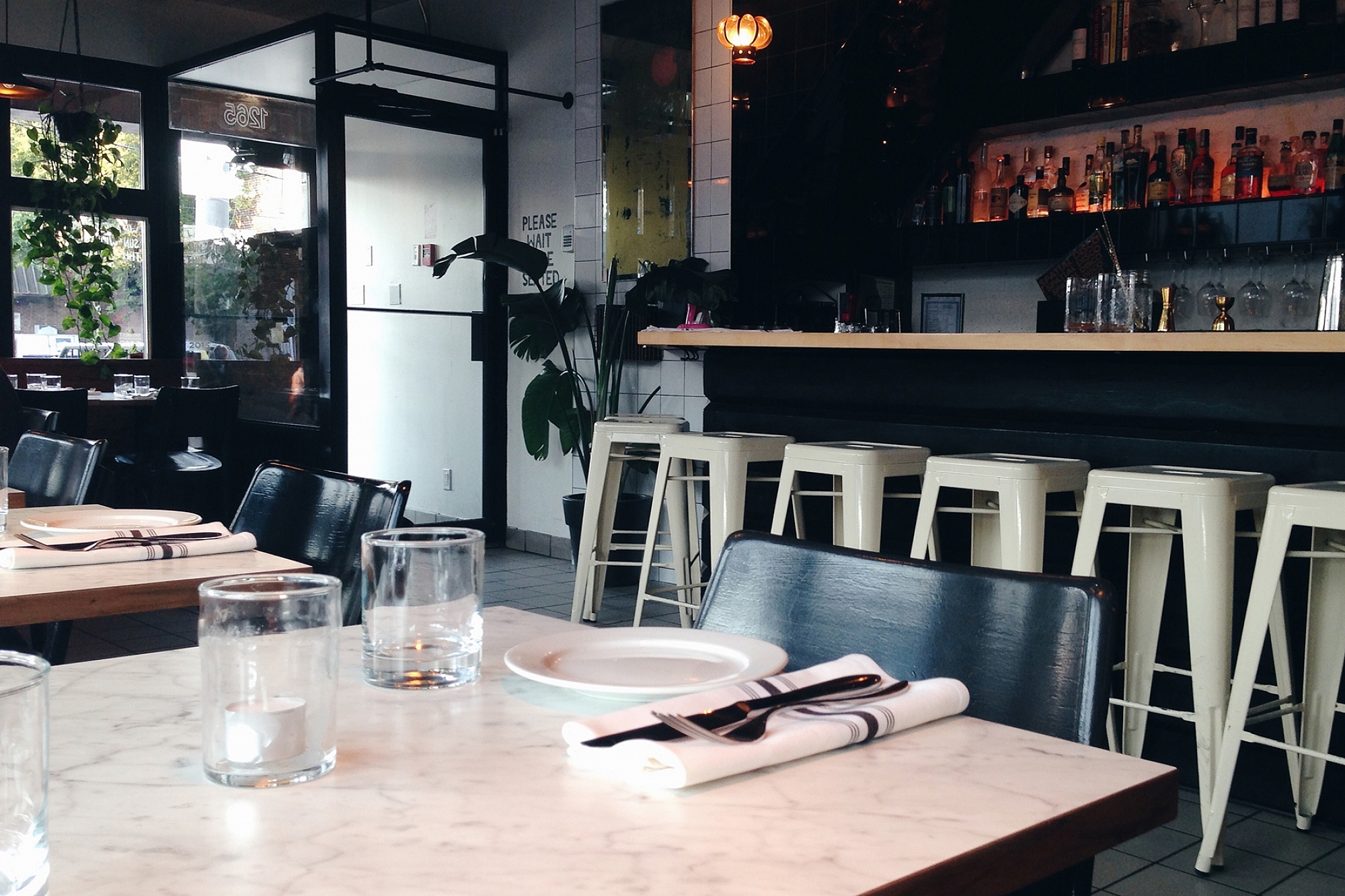 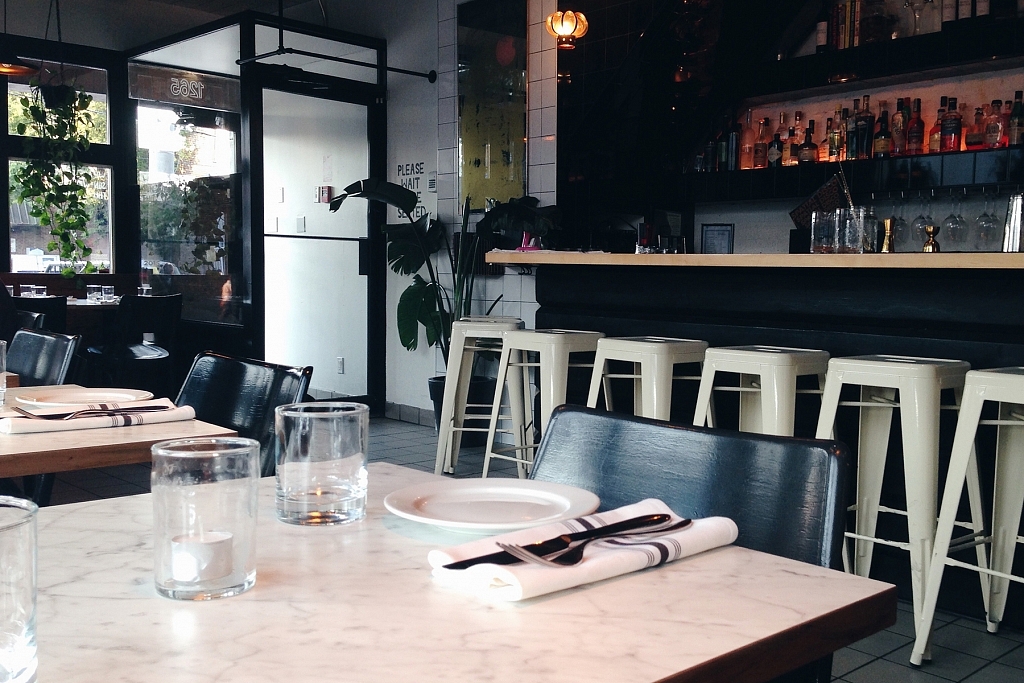 When I was interviewing Chef Rob Bragagnolo a few months ago, he listed Mr. Flamingo among his top 3 restaurants in Toronto. I’ll admit I was slightly embarrassed that I had not heard of the place. But then again, with the exception of its namesake neon sign, Mr. Flamingo isn’t exactly a flashy restaurant. The small, narrow space features an open kitchen and bar with a uniform row of off-white metal stools. Most of the white marble-esque tables are designed for two, with one larger table near the front. Other than the chefs in their aprons, it’s hard to tell at first glance who among the laid-back-yet-stylish crew actually works here. I guess that’s part of the allure.

The cocktail menu ($12-15) features well-layered and creative concoctions made with unconventional ingredients. The food is seasonal and Italian, without being aggressively so. You can fend off your initial hunger with a choice between grilled bread, thinly sliced house-made potato chips, olives or pickles ($4 each) or jump right into a beautiful house-made burrata ($15, ours featured pickled red onions and generous hunks of heirloom tomatoes) or a lobster baked oyster ($14, ours was served with hollandaise, tobiko and sea asparagus). You’ll be happy to know that the burrata is a semi-permanent feature of the menu.

It was hard to choose between the porcini and truffle risotto and the duck ragu parpardalle (both $18), but the latter’s tomato sauce was very fresh, and contrasted the rich pasta and protein well. To round out the entrees, we had a beautifully caramelized centre cut pork chop ($22) that had a rich, almost (dare I say), beefy texture. It was a shame that there was only one dessert (a doughnut of sorts with a warm strawberry sauce and whipped cream) to choose from, but the pastry was flaky and well balanced.

You should come here if: You like a well-curated, somewhat Canadian, seasonal Italian menu, and enjoy trying new things.

You should not come here if: you would prefer to know what you’re getting yourself into before you visit a restaurant and think fancy drinks are overrated.

Final Note: Other than a few flickers of classic hipster pretentiousness, overall, I think this place is pretty fantastic. It’s an excellent restaurant for an intimate date in the West End, or a few drinks with friends on a Thursday night. You should definitely call in advance for reservations.