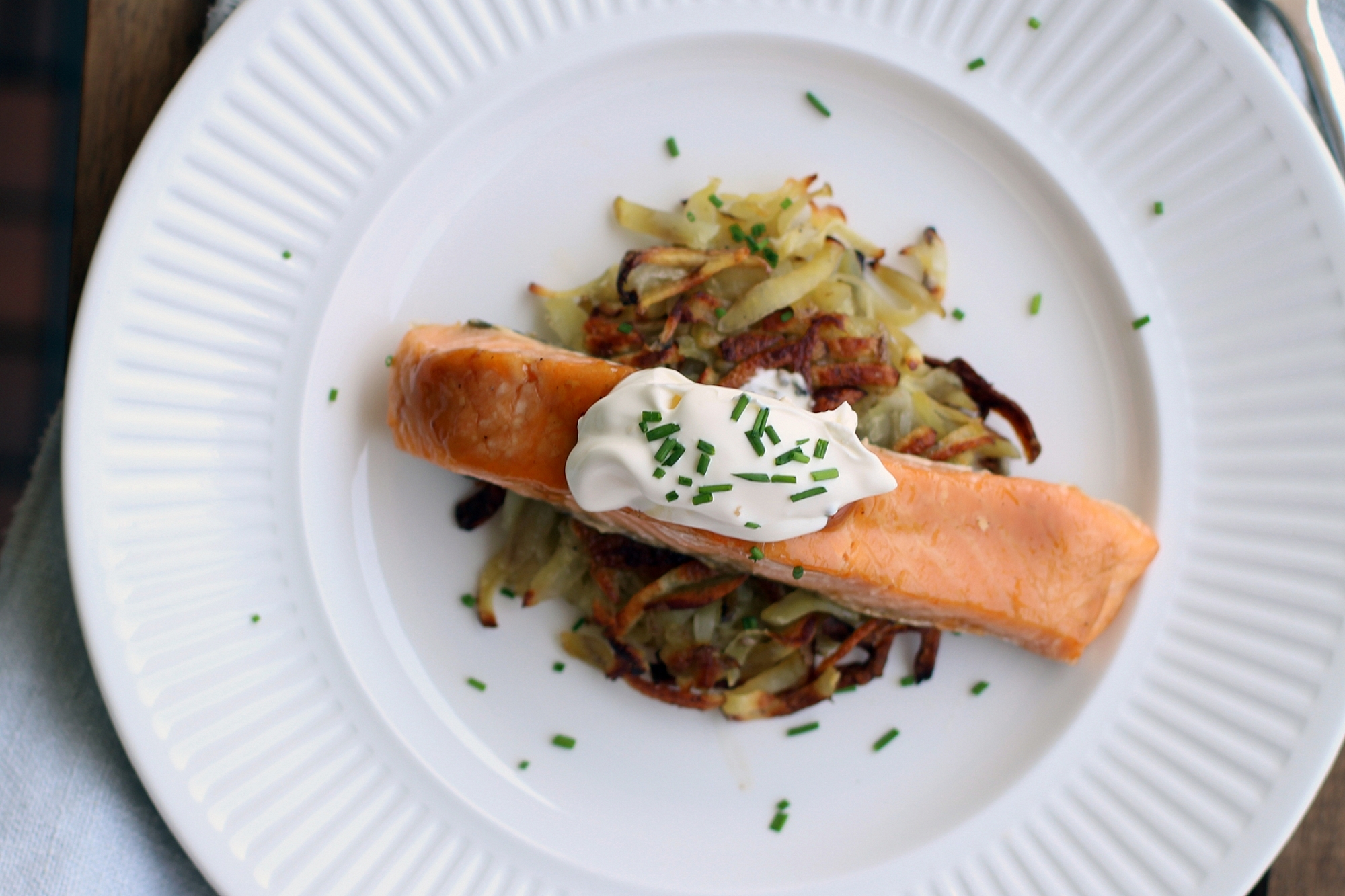 A fishy take on a Germanic-Swiss Classic 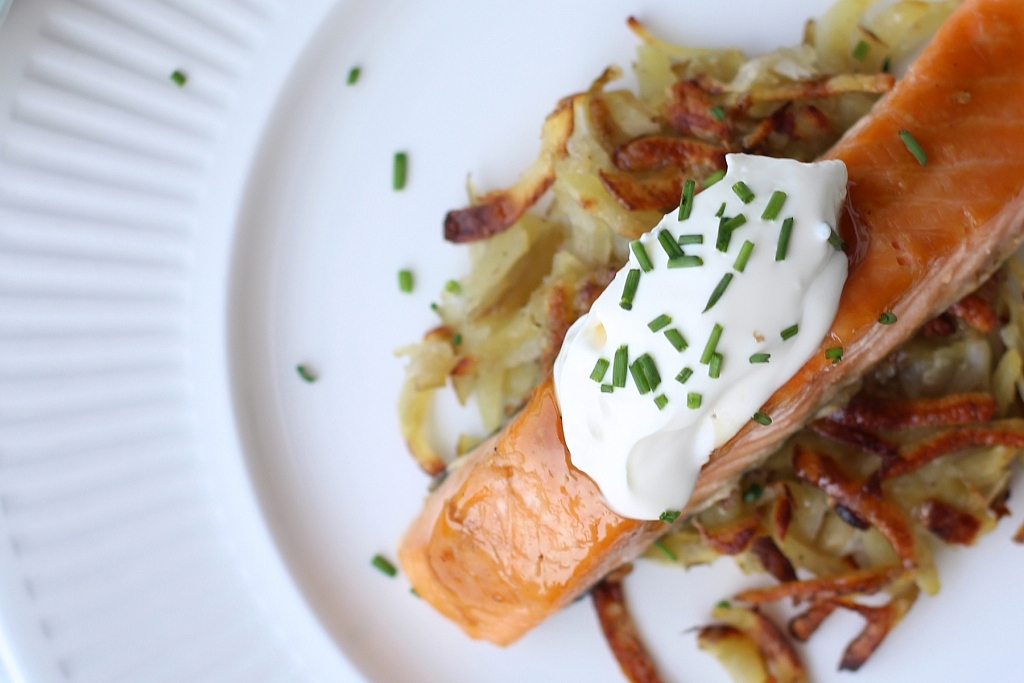 There are many classic recipes that involve the humble, shredded potato. I’m a huge fan of the latke at Hanukkah and the hashbrown at the cottage. However, my favourite, and arguably the most upscale preparation, has to be the Swiss-German rösti (or pommes rösti, if you will).

I tried this dish for the first time at a Marché in Montréal when I was about fourteen. I remember feeling so stylish and restrained in ordering something with such an exotic name, until I realized they were literally just fried potatoes. Nonetheless, I took great delight in eating it.

In my early 20’s, I had the pleasure of rösti-ing my way through Northern Europe. If you have ever visited a German Christmas Market, you will no doubt know that the taste of crisp rösti with juicy bits of lardon and cheese can only surpassed by its intoxicating smell. Its relatively low cost also means that it’s a food of the people, and one that most can enjoy frequently.  In fact, rösti is so deeply ingrained in Swiss-German culture that they locals jokingly refer to the blurry cultural line between Germanic and French Switzerland as the Röstigraben (literally, the“rösti ditch”),  highlighting the different culinary and cultural influences in these respective regions. Gotta love that Northern European humour. 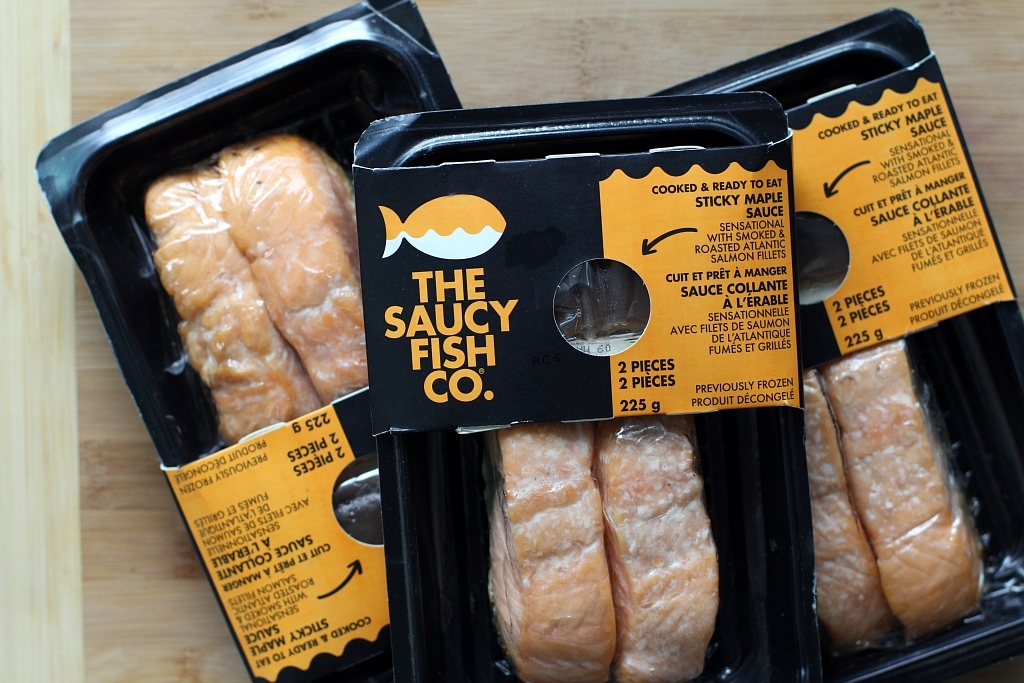 My recipe today was inspired and sponsored by The Saucy Fish Co.. This British company is fairly new to the Canadian scene, but has already taken over the fish aisles at Loblaws (and many of its sister stores) by storm. You may have already noticed their punchy packaging during your last grocery store visit. The whole concept of The Saucy Fish Co. is to take the guesswork out of preparing fish at home, or at least, cut out a few steps from the weeknight dinner grind. Every package comes with thoughtfully matched pre-portioned fish and pre-portioned sauce, and is designed to make your life easier. Fresh fish direct from the lake or ocean is always amazing, but sometimes, efficiency is even more important.

The particular product I chose to pair with my rösti is the pre-cooked smoked and roasted salmon (yes, both) with a sticky maple sauce. It’s actually quite versatile. On one night, I had a portion for dinner with a fresh corn and avocado salad on the side and on another night, I shredded on top of steamed rice with a bit of seaweed, and a side bowl of miso soup.

This recipe I’m making today would work for dinner too, but would be an even better brunch at home. Salmon is a natural pairing with crisp potatoes, and even better with some crème fraîche and chives. Add a side salad and you have a complete meal that the brunch gang will enjoy. It’s easy, and looks hella impressive too. 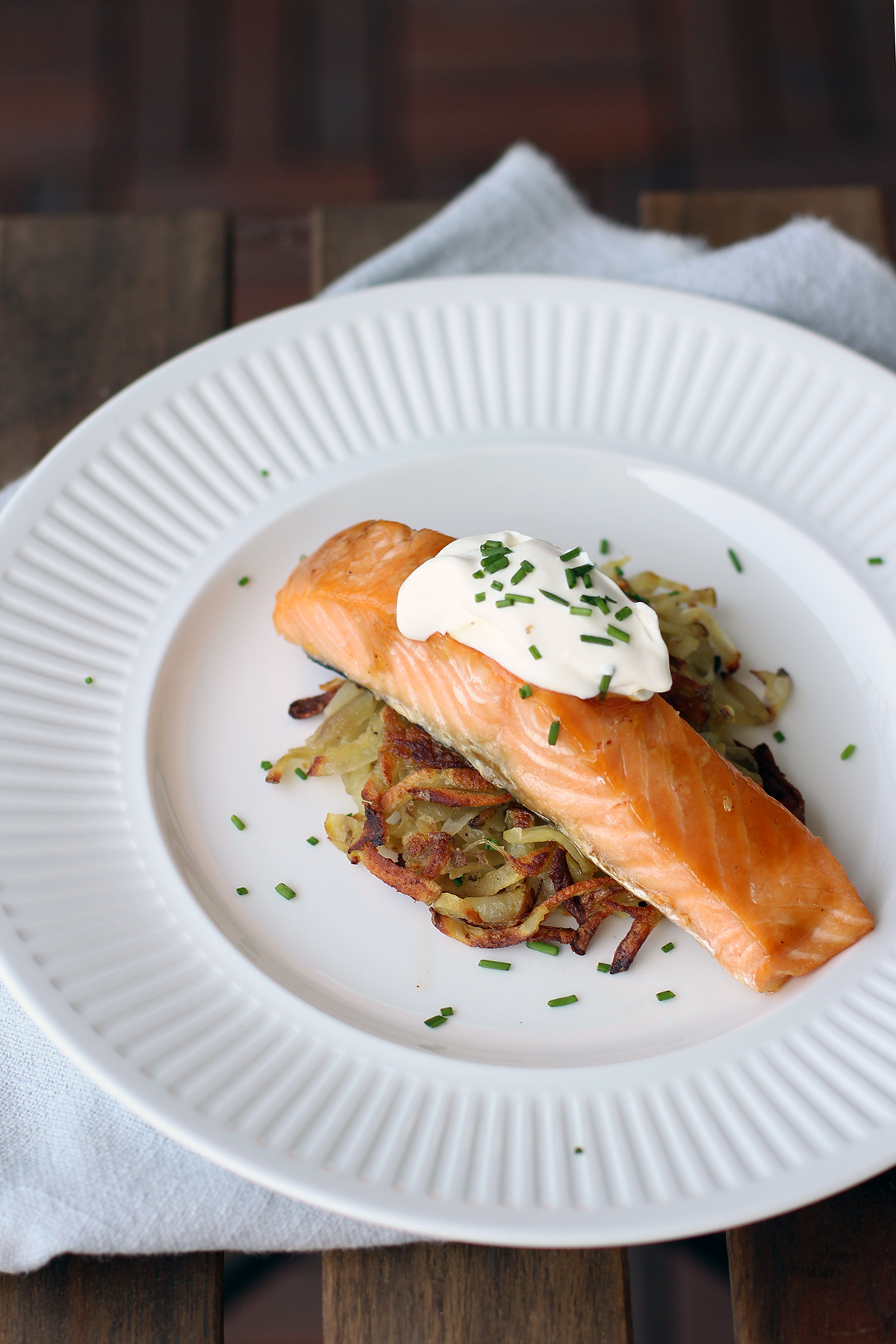 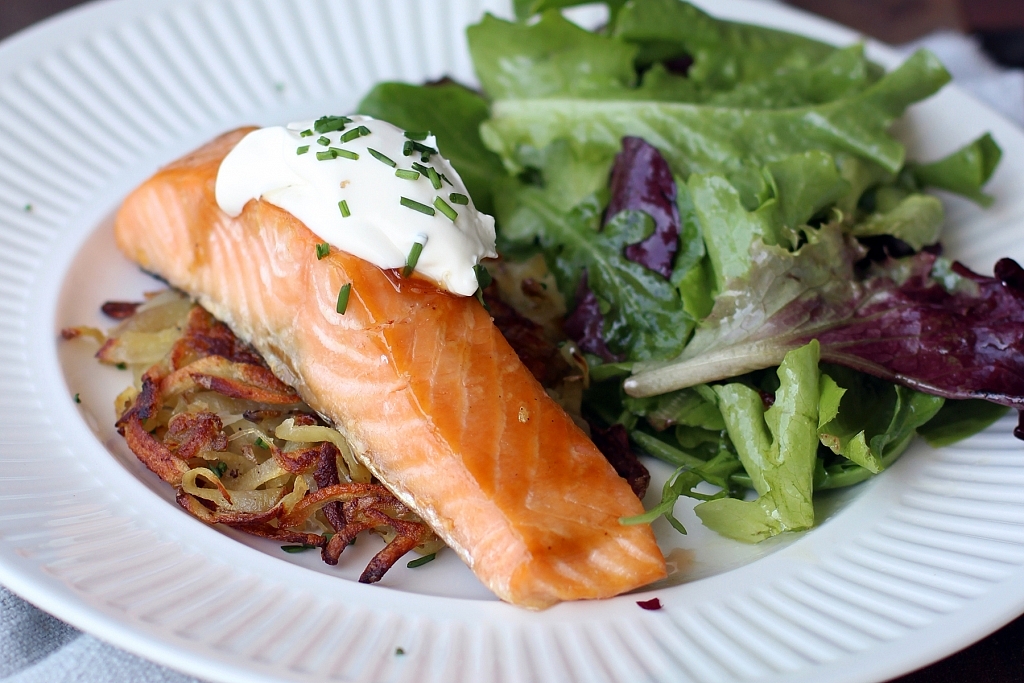