The Anatomy of a Brunch Cocktail 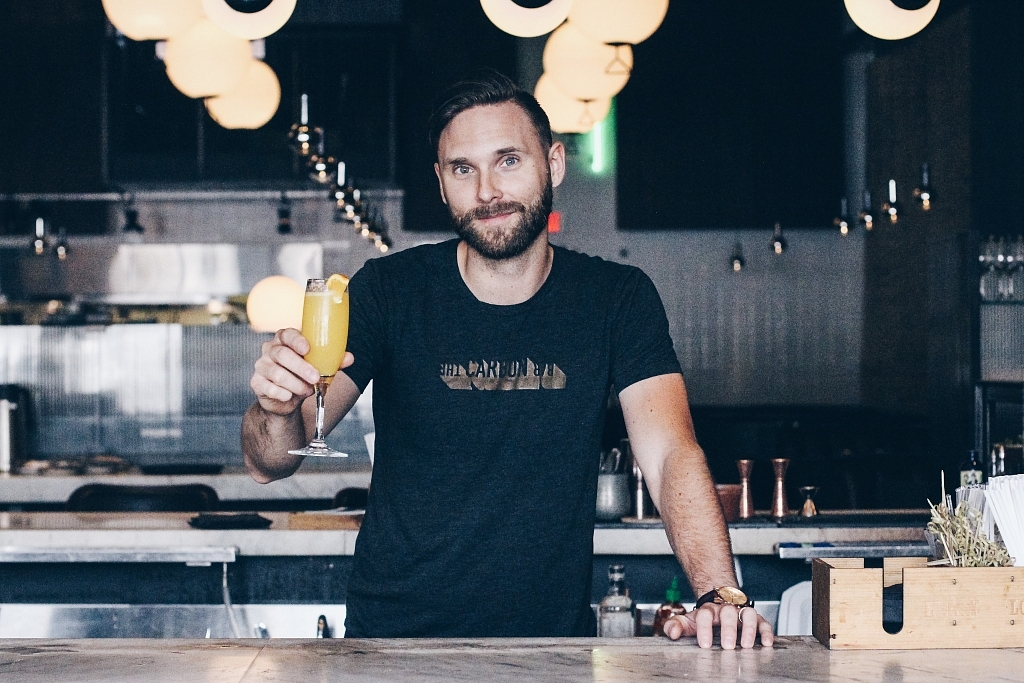 My friend Eric arrived at The Carbon Bar a few minutes before me, and I could see his furrowed brow through the window reflection. I knew he was thoughtfully contemplating whether, and how much, of his beautiful creamy liqueur-ed drink he should allow himself to consume before I arrive. Luckily for us both, my friend Martin Bathke was behind the bar and was more than happy to prepare me another Espresso Martini for this blog post (and obviously for consumption).

I’ll just state my thesis now: If there is anything more bourgeois than brunch, it’s the brunch cocktail. If brunch was invented for the sake of indulgence, it only makes sense that brunch providers would find a way to make drinking in the morning a-okay. But if you’re picturing that boring Caesar you had at your last brunch, think again. Downtown Toronto restaurants take their brunch cocktail duties very seriously. 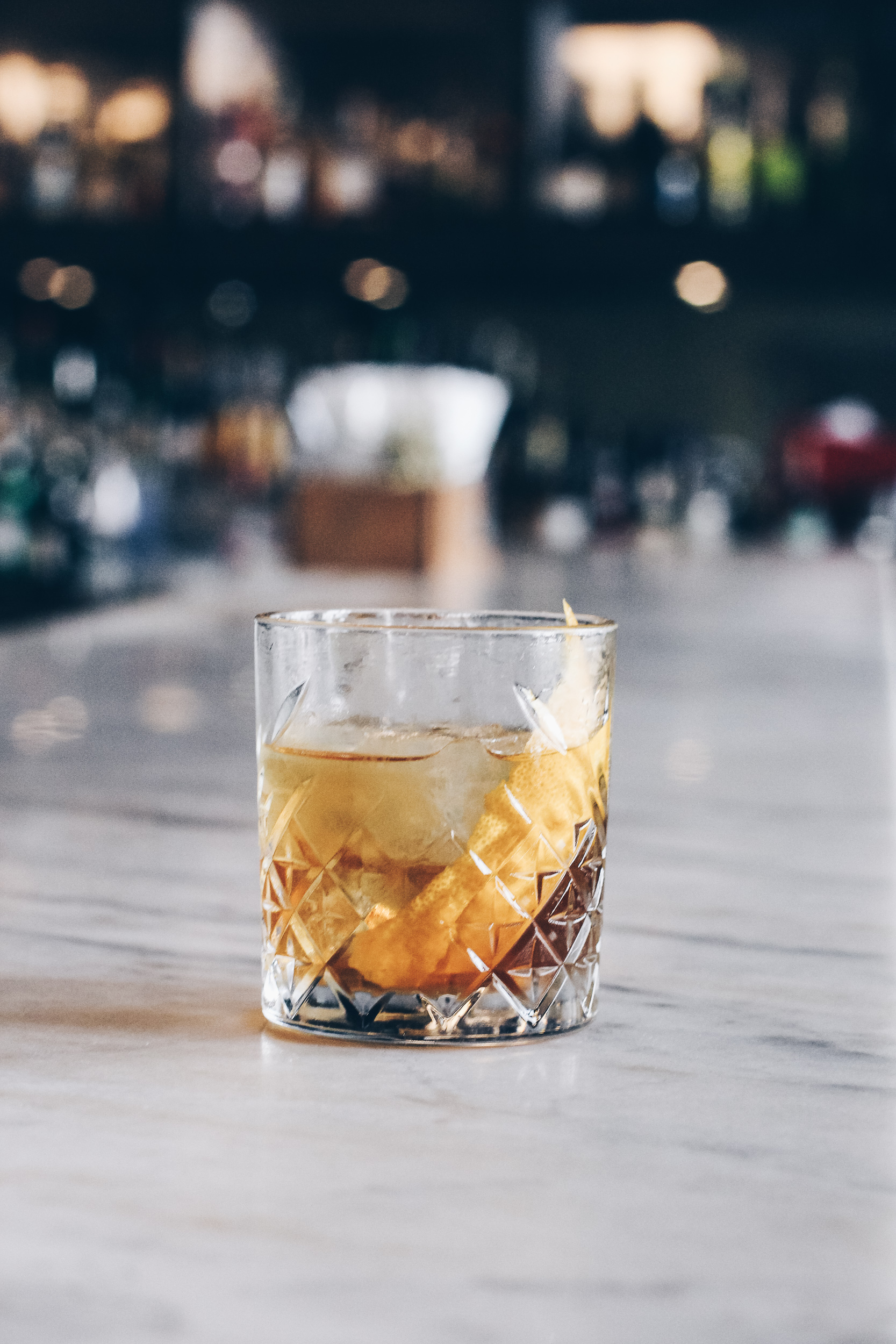 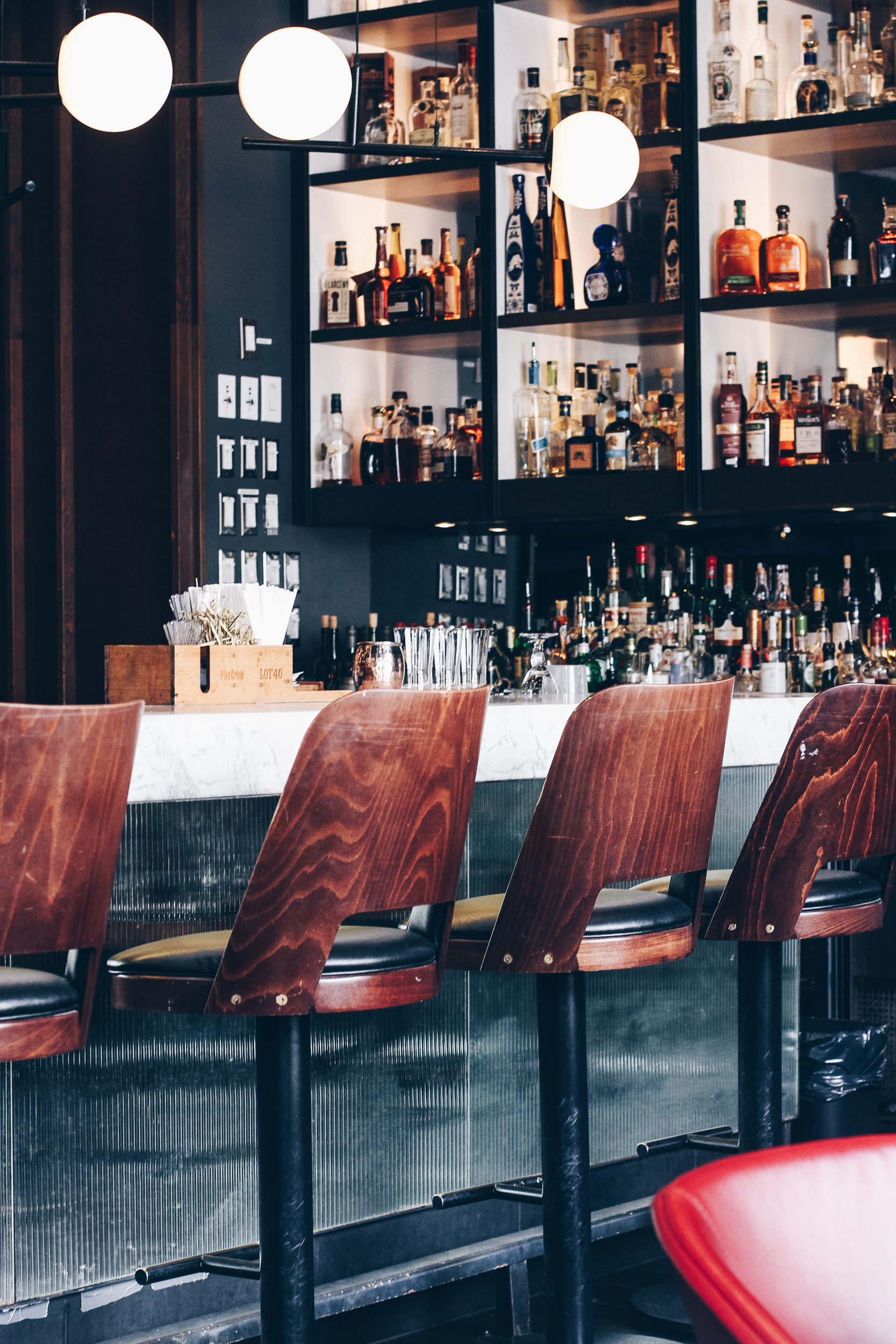 Pictured above: the French Toast Old Fashioned // the main bar at The Carbon Bar

I first met Martin behind the bar at Nota Bene, another well-known Toronto restaurant, where he was the sommelier for an event with the Canadian Opera Company. The two restaurants are similar in ownership (you can read more online about David Lee and friends at your own leisure) but slightly different in vibe and clientele. While we were sampling rare white wines at the former, at The Carbon Bar, it’s all about the tastefully whimsical drinks.

The first drink Martin had on brunch rotation was the “French Toast Old Fashioned”. He takes some Cinnamon Toast Crunch infused rye (yes, the breakfast cereal) and adds a few drops of Bittermens coffee bitters ( for a little more of that “breakfast flavour” he says). Then, he takes a bit of simple syrup and muddles it together with orange peel, and then flourishes a final peel on top for garnish. How does one infuse the cereal in the rye? It’s literally what you think it is (as in, just put the damn cereal in the alcohol and then strain it out). However, I would not recommend that you try this at home unless you are already confident in your cocktail-making skills.

Of course, Eric and I loved this drink. Fun side story: when Eric and I were roommates, we often shamed (and I mean, we cried SHAME) the other for buying Cinnamon Toast Crunch cereal. Then, over the course of a week, roommate A (who bought the cereal) would notice that the amount of cereal was dwindling at record speed. Then roommate B (who sneakily ate all the cereal) would come out of the shadows and admit their sins, and run to the store and buy more, thus, continuing the vicious cycle. I’m happy to report that we’ve both matured to drinking our Cinnamon Toast Crunch in the form of alcoholic beverages. 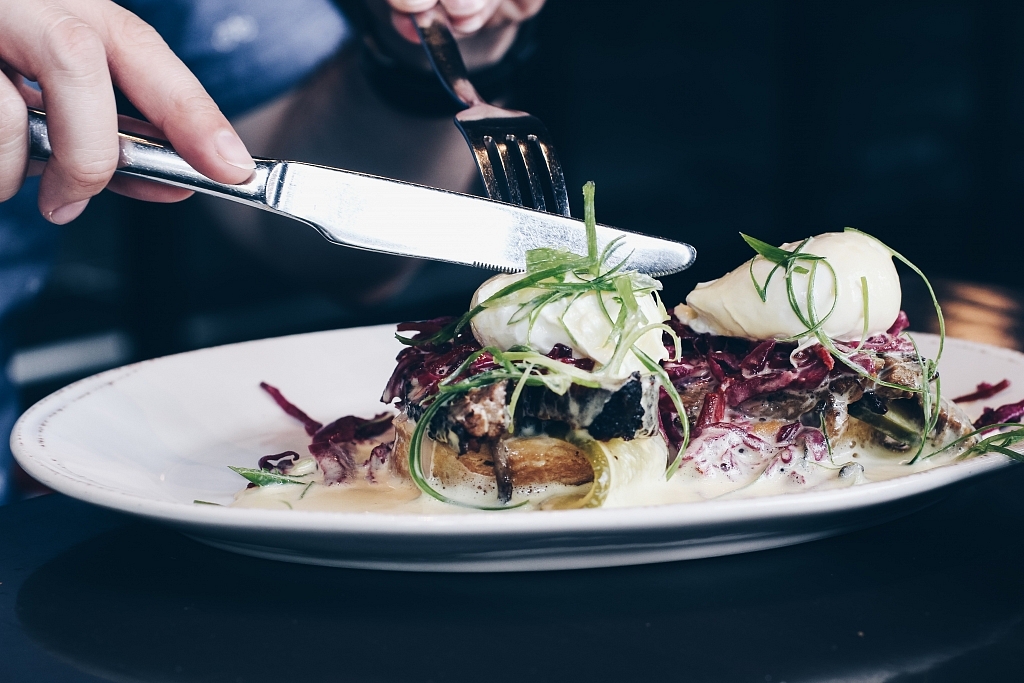 The second drink was the “Espresso Martini”, as mentioned above. This drink is made of a half ounce of Kahlúa, a half ounce of Bailey’s, a shot of espresso, and one and a quarter ounces of vodka, then shaken and stirred. This is served in an ice-filled, sugar-rimmed glass with a spritz of lemon oil for freshness and intrigue. Martin also adds a cinnamon stick for easy stirring, and a beautiful contrast. There are few breakfast beverages more indulgent than this. 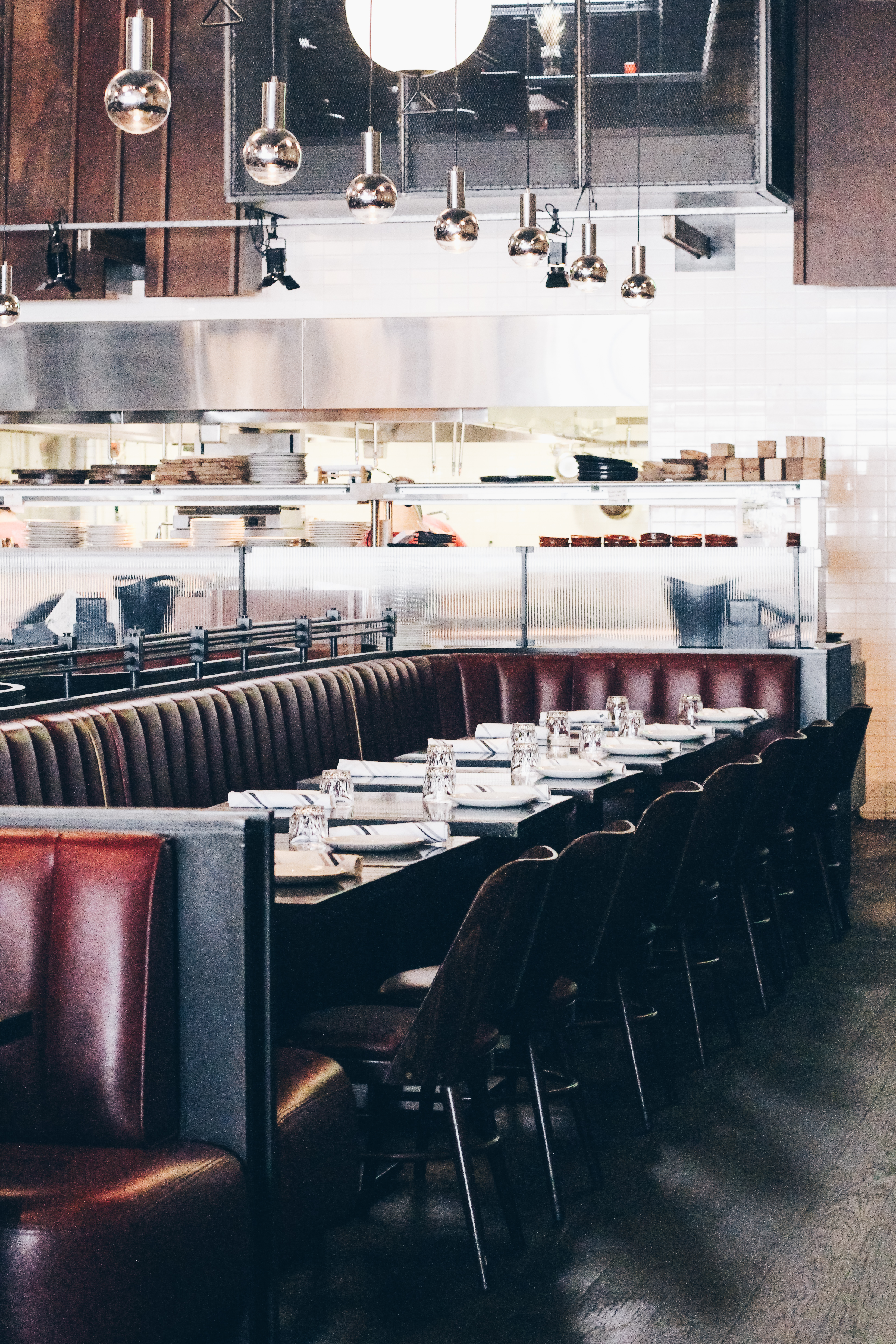 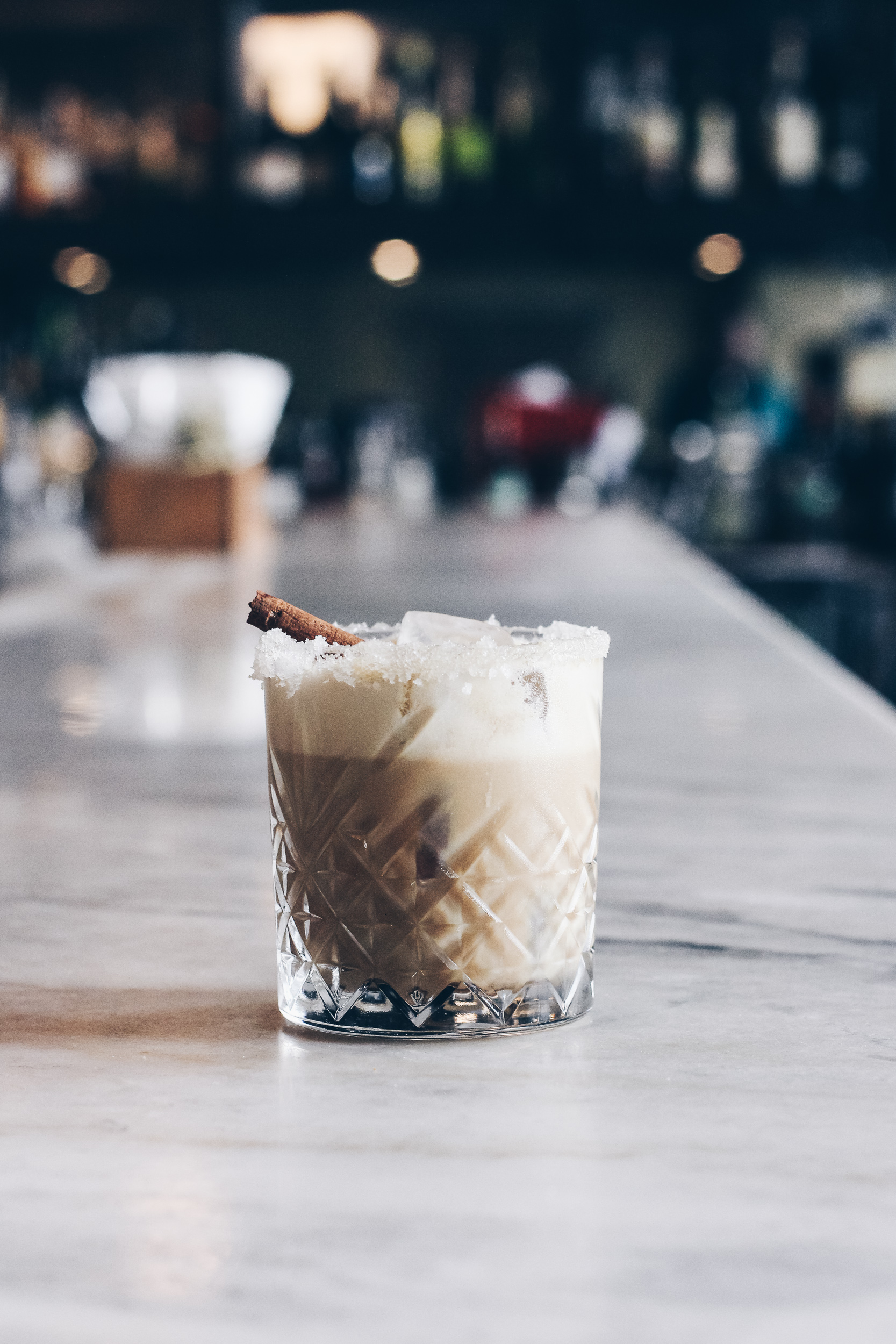 The Carbon Bar’s original pitch when they opened in 2014 was that they were bringing America’s Southern BBQ to Toronto. To their credit, they have a full kitchen with a real wood fire pit and smoker, and it’s one of the few places in town where you can enjoy something as ridiculous as the “Pit Master Platter”. For $34 a person, you can get a large serving of St. Louis cut pork ribs, USDA prime beef brisket, buttermilk fried chicken, dill pickles, fries and chipotle mayo.

Has all the food here been great? Yes. However, you really can’t pit this place (no pun intended) against the best saucy ribs you’ve ever had in Texas or South Carolina. We’re still in Toronto, and you’re still choosing to come to a place with elegant leather booths serving brunch cocktails. You can’t have your brisket and eat it too.

Other great items that were on the former brunch menu included: The Brisket Eggs Benny was made with a high rise biscuit, two poached eggs, red cabbage slaw, Anaheim chili, dill pickle, and hollandaise, and the Chicken ‘N’ Waffles, which featured a buttermilk fried chicken, citrus crema, and a chili and honey garlic sauce. The standard fluffy buttermilk pancakes were nice as well. 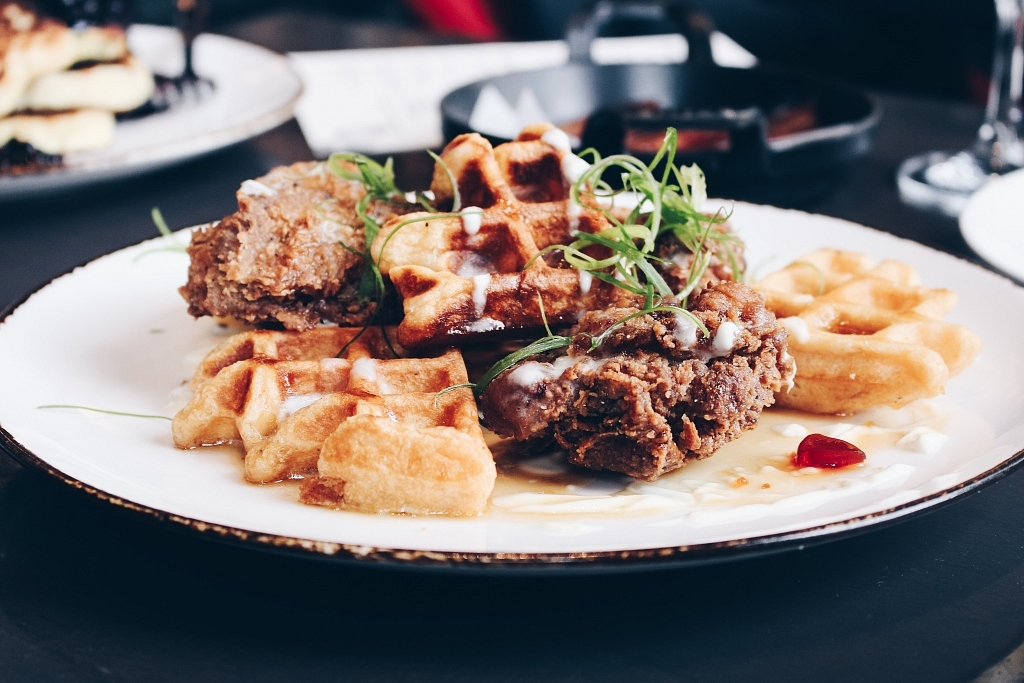 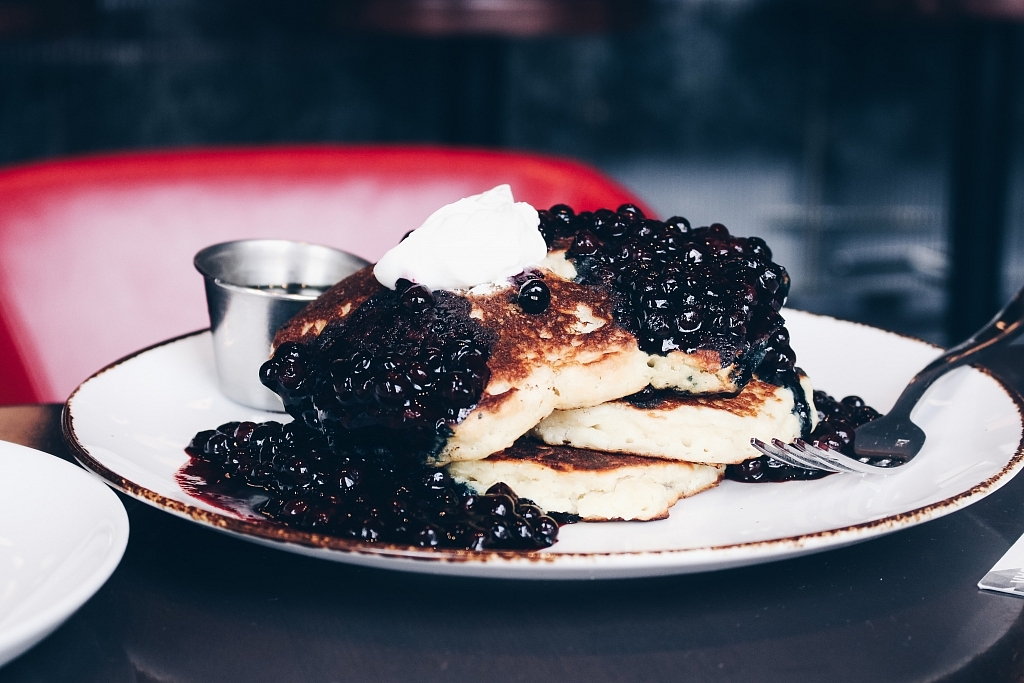 Final Note: In Toronto, we have accepted that all good food things come to an end. However, this post just goes to show how fast things really change in our little food industry bubble. From the day I last ate at the restaurant to the day I finished my blog post, the PR agency lead who initially coordinated this brunch switched agencies, The Carbon Bar stopped serving brunch, and Martin left The Carbon Bar.

However, the PR agency and the account lead who left are still doing great things, respectively, The Carbon Bar is still a great place to have drinks at a normal hour (I know, imagine that, right?), and Martin is also going to another great place to make great cocktails. Everything’s just great. But if you’re really craving Martin’s martini, and he’s not around to make it for you, I’ve recreated his recipe down below for you to try at home. I think I’m going to have to go out and buy a box of Cinnamon Toast Crunch now (provided that my local grocery store is still carrying it).

Espresso Martini
2018-10-24 10:52:00
Serves 1
A creamy brunch cocktail
Save Recipe
Print
Prep Time
5 min
Total Time
5 min
Prep Time
5 min
Total Time
5 min
Ingredients
Instructions
By Annie Chu
Adapted from Martin Bathke
Adapted from Martin Bathke
Chu On This https://www.chuonthis.ca/
Disclaimer: Eric and I were guests of The Carbon Bar for this particular brunch, but were not monetarily compensated for any content. We have both eaten at The Carbon Bar before, and Martin just happens to be a good friend, and an excellent bartender in his own right.
Share on Facebook Share
Share on TwitterTweet
Share on Pinterest Share
Share on LinkedIn Share
Send email Mail
Print Print
brunchCanadaCanadiancocktailscoffeeOntarioprofilesrestaurantsToronto
NewerKjøttboller (Norwegian Meatballs)
OlderPumpkin Risotto with Amaretti Cookies