A Weekend in Bergen, Norway 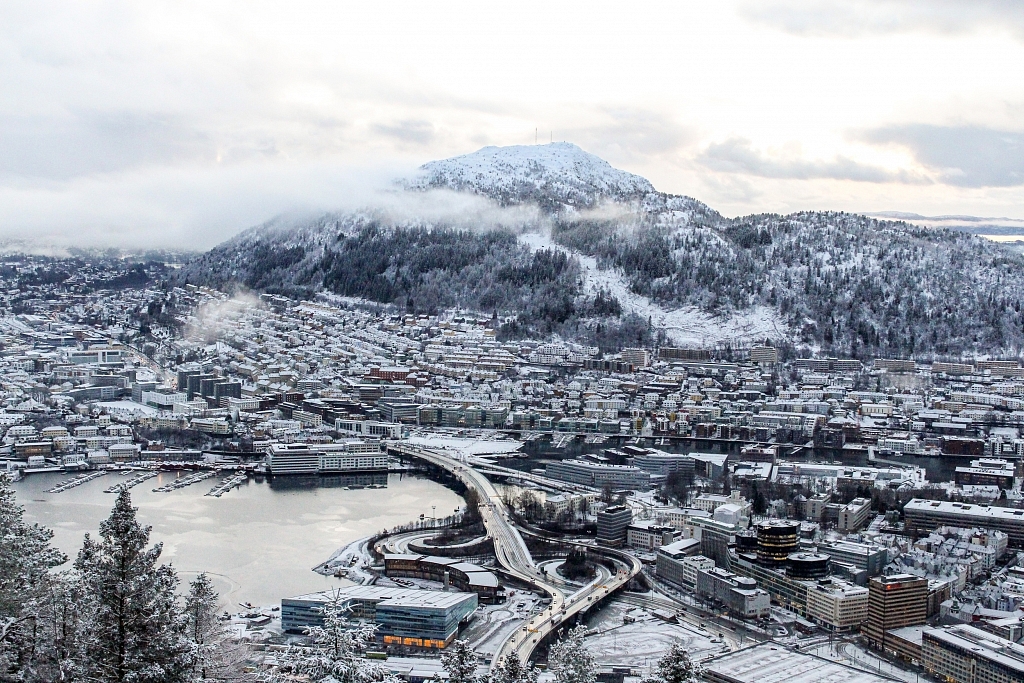 The Christmas spirit was still in the air when DW and I flew into the postcard-like city of Bergen. Bergen is a city on the west coast of Norway (about an hour plane ride from Oslo), most famous for its mountains and fjords.

Bergen has many bits and pieces of very well-preserved history. In particular, the Bryggen (a UNESCO World Heritage Site), the Bergenhus Fortress and the Hanseatic Museum are truly worth a visit. However, Bergen does not have so many “attractions” as it has simply, beautiful things to “take in”. 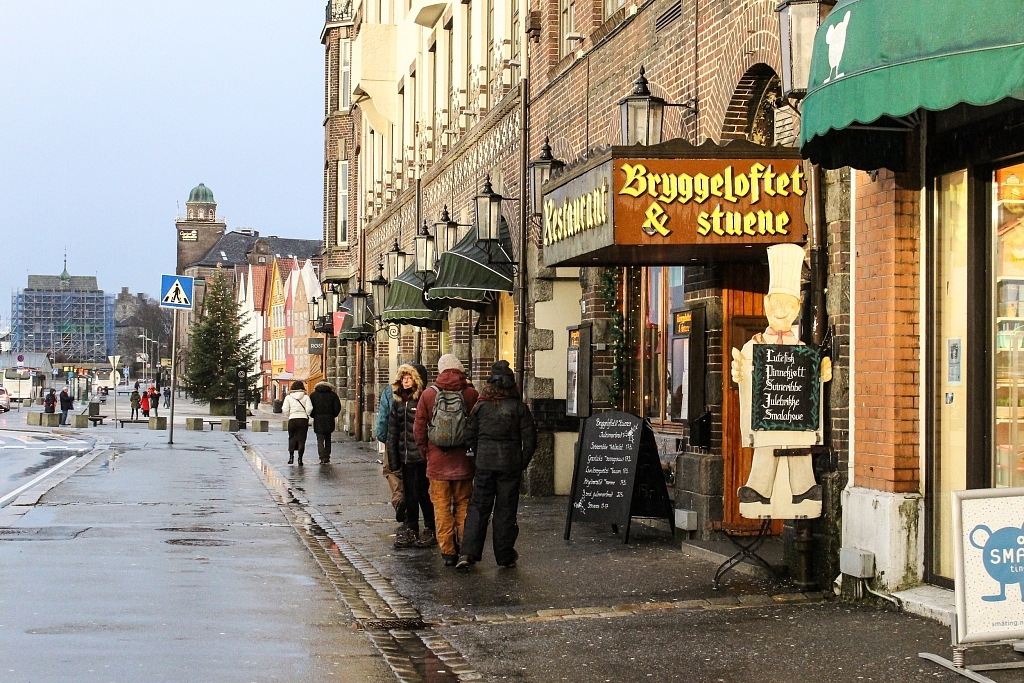 Norway is one of the most expensive countries in the world, and the food is certainly a reflection of that. You can expect to pay about 3x the amount you might normally pay in Canada or the United States for a similar meal. Moreover, it’s actually quite difficult to find restaurants serving “Norwegian food” as most Norwegians actually prefer to eat Indian, Thai, Italian, or any other country’s cuisine, when dining out. However, the few restaurants that actually serve Norwegian food on their menu tend to have Christmas specialities on the menu in December. Here are the places we visited in Bergen on this trip:

Kaffeladde: Norway is a country that loves its coffee. We made a few trips here as it was the perfect cosy in-between place to warm up from one side of the city to the other. Their daily bread and pastry selection were expanded at Christmastime, and consisted of a variety of cinnamon and sugar topped scrolls and buns and things you don’t feel you need, but want to eat anyway. You can expect to pay around $30 CAD for two cups of coffee and two pastries. 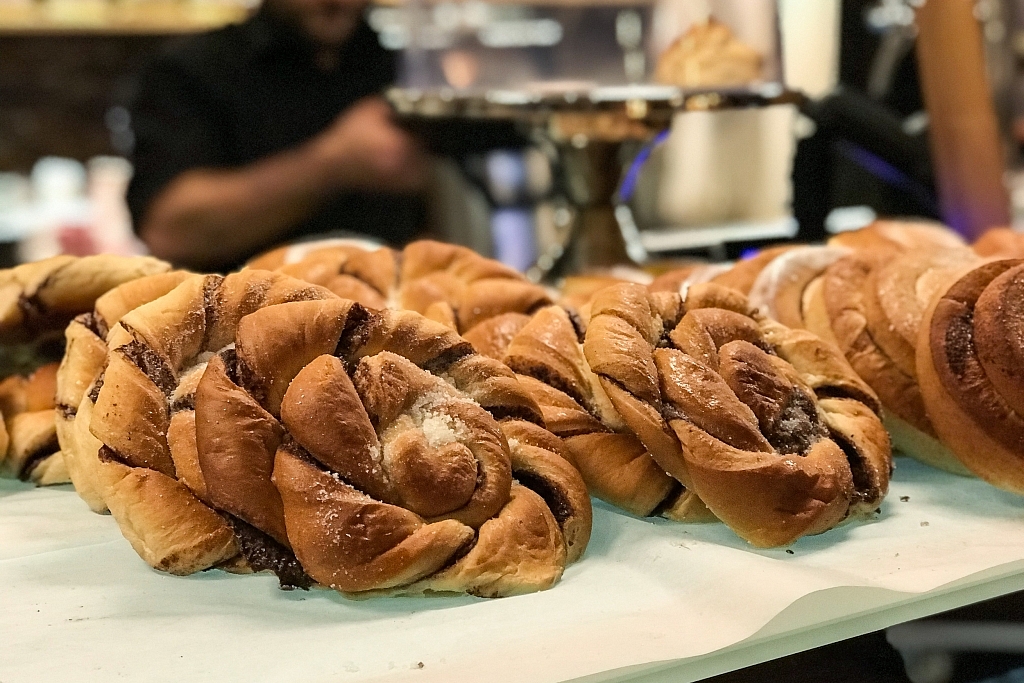 Bryggeloftet & Stuene: This obviously touristy restaurant turned out to be very good. The interior feels like all of what you think Norway ought to look like, fitted with warm woods, patterned wallpaper, and a general lodge-like vibe. We decided to order a reindeer steak and an entrecôte off of their Christmas menu. It was a strange experience at first to be eating reindeer (sorry Rudolph), but I’ve had venison (also known as “regular deer” I guess) several times and was reminded how similar it was. I will admit that I actually really, really liked it. It’s less gamey than venison and has a rich texture with less fat than most cuts of beef. Most main dishes at the restaurant cost around $70 CAD each. I will never forget the faces of the very annoying couple sitting next to us when they finally converted the bill to their own currency. That, was priceless.

Boha Restaurant: We actually wandered upon this restaurant totally by accident. The owners had decided to close the restaurant in favour of opening an American-style BBQ joint. Honestly, I have no idea how this concept is going to go down in this little Norwegian city, but our waitress that night was obviously not impressed (though she tried her best to hide it). To celebrate a new beginning and thank their patrons for all their support over the years, Boha created a special 4-course prix-fixe menu for 399 kr per person (about $65 CAD). This price was absolutely unheard of for any Norwegian fine dining restaurant. We had tuna tartare, smoked duck breast, venison steak, roast lamb, seared scallops, roasted cod, poached pears, and dense chocolate mousse. It’s not often I write about a great meal and then tell you not to go to the restaurant, but in this case, we had a meal no one will ever have again.

Fløien Folkerestaurant: The restaurant itself is decidedly not great, but they have no competition and a million dollar view on top of Mount Fløyen.  As the sun sets at about 15:30 this time of year, DW had the brilliant foresight to head up at 15:00 so that we could catch transition between the clear views of the daylight into a sunset ending in deep navy. Taking the Fløibanen funicular up the mountain is your best bet. We would have loved to have seen Mount Ulriken as well, but we will have to save that for next time. 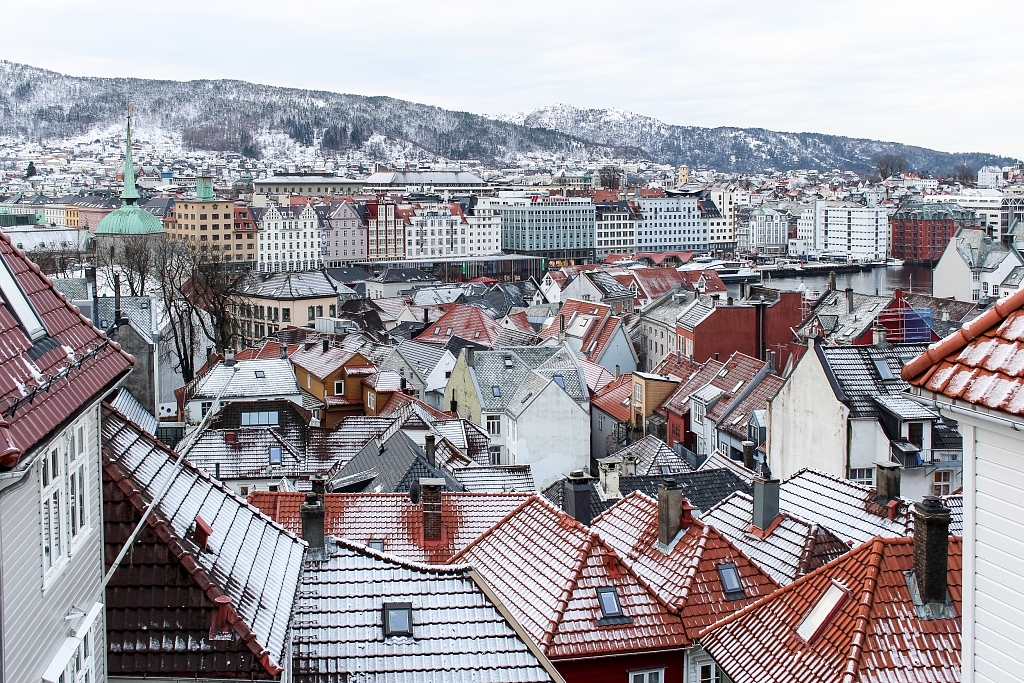 If you’ve ever had dreams of visiting Scandinavia, Bergen is a wonderful place to start. Above all else, this is one of the safest and most charming cities to get lost in, especially knowing that you’ll never truly be lost.

Check out My First Christmas in Norway for more about my trip this year.

Getting here:  The best city to fly into Norway is definitely Oslo, which has two airports: Oslo Lufthavn (OSL), located at Gardermoen, and the smaller Torp Sandefjord Airport (TRF). Sadly, there are no direct flights between Toronto and Oslo (yet), but Air Canada has announced plans for that route in the next few years. I took a flight from Toronto to Copenhagen and transferred into TRF with the regional airline, Widerøe (pronounced VID-er-rer). There are many flights going between both of Oslo’s airports and Bergen, or you can choose to take the extremely scenic train ride between the two cities, which has been described as “Europe’s Best Train Journey”.