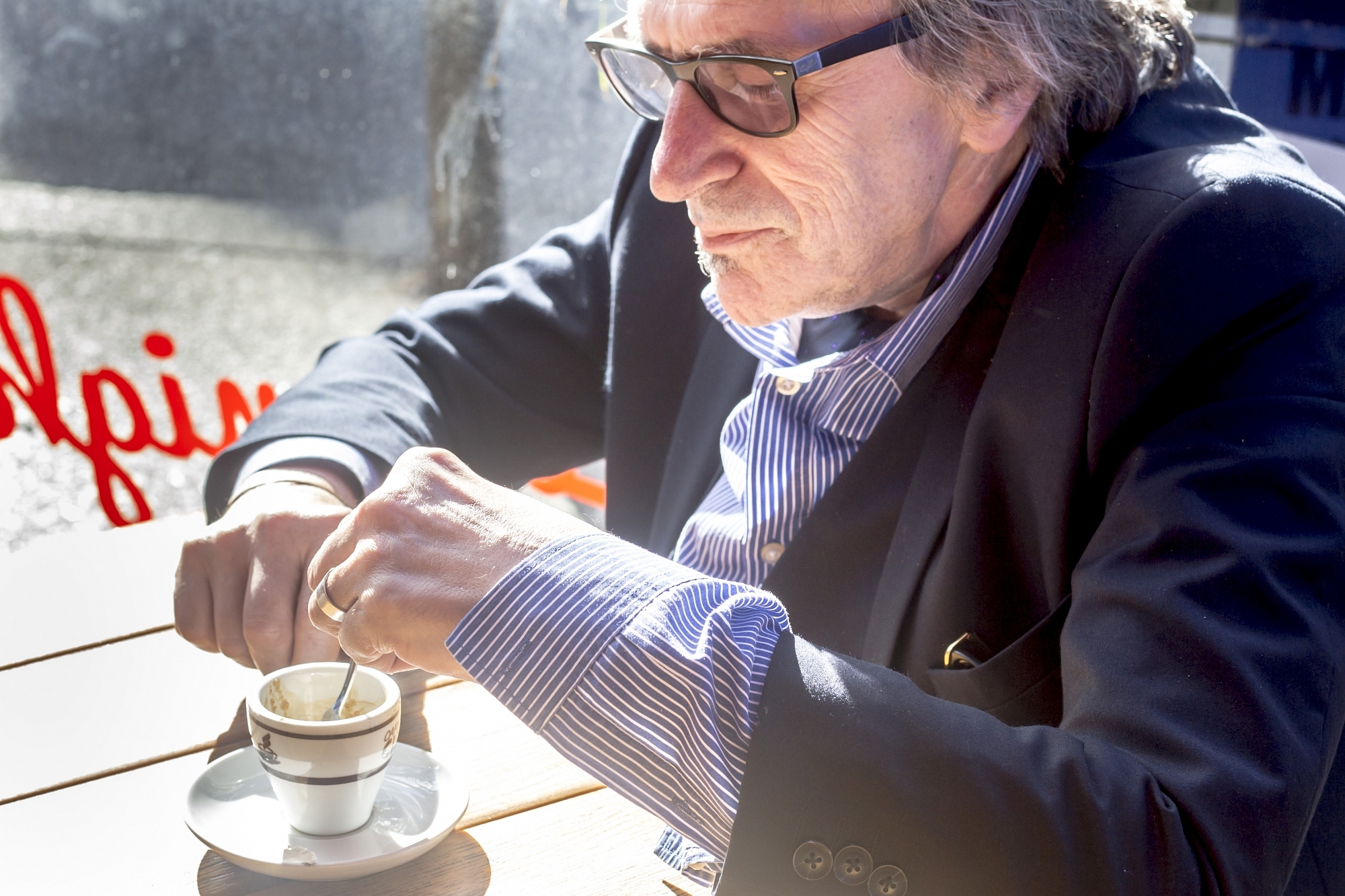 An interview with Corrado Paina 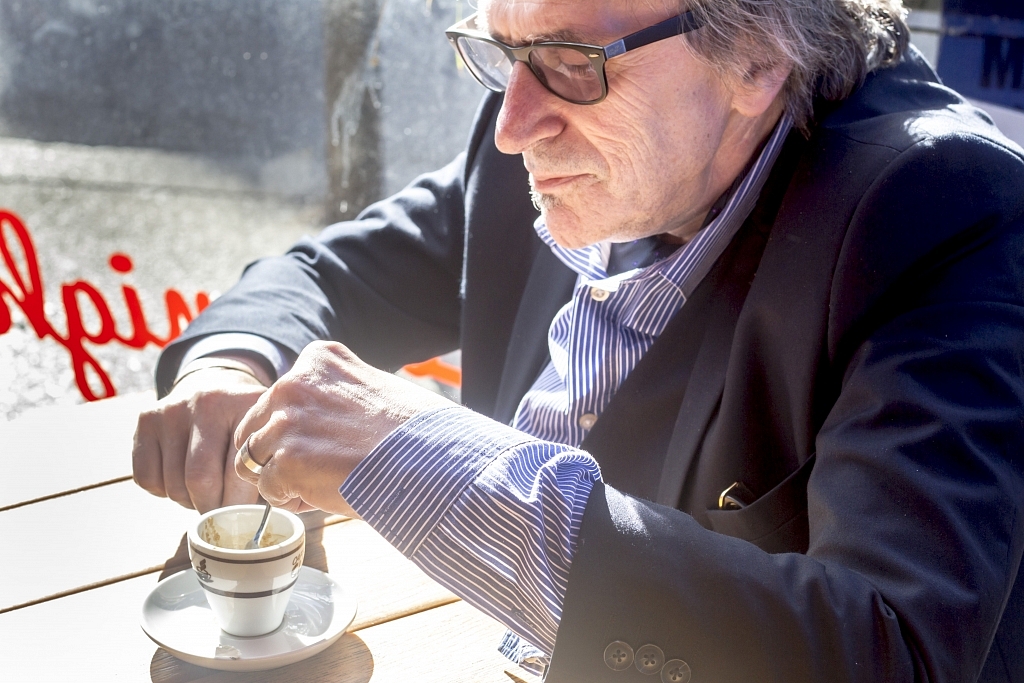 Toronto, as I have stated many times, is a special city in its ability to provide democratically-driven authentic food. The diversity is so great and so celebrated that there are enough qualified people of most ethnic cultures to attest to the professionalism or “grandmother-ness” of most dishes and establishments.

Of all these cuisines, none is more revered than Italian food in Toronto. In fact, it is such an integral part of our city’s fabric that we don’t even consider it “ethnic food”. I have been exploring and researching Italian food in-depth for a few months now, and recently sat down with the Executive Director of the Italian Chamber of Commerce of Ontario, Corrado Paina, at his office in Little Italy. Much of Corrado’s role involves introducing Italian products to the Canadian market, while also explaining Canadians to the Italians. It was such an interesting conversation that I created an audio version of the interview so that you can listen for yourself.

Here are just a few of the highlights:

On how Italian food slowly came to dominate Toronto…

Italy lives on a fantastic contraction. The three main things of Italy are not Italian: tomato, pizza and spaghetti. But this is like making a cover. You sing a song and you make it so beautiful that people forget, unfortunately, who made the first version.

On the growing appreciation of pizza in Toronto…

Pizza for several years was a crime. You eat the pizza, but it was a crime. It was pizza but not Italian pizza, it was the so-called focaccia with dressings or toppings. Today there is a strong competition. There are so many places where they make decent pizza. A lot of things happened with Terroni, there is no doubt. Having a good pizza in several stores of the same owner–that’s quite an  accomplishment. And their pizza is quite good. And then we start, we go to Libretto, and anybody else. But Terroni, marks, with the opening on Queen Street, marks a marks a moment of eating together, noisy places, and food that is quite close to the tradition of a certain kind of food.

And about Pizza Nova specifically…

Pizza Nova is a leap from the delivery. These people decide to make a pizza that is good. They go beyond the border. Because the border before was the “delivery pizza”. They use a different sauce and a different weight and at the end, they have a product that stands by itself.

Everybody is striving to give something different. If the tension is between modernity and classicism, it’s great. If the fight is a confrontation between bad and good, then that’s an issue. Because the good is in both. Classicism and contemporaneity. But when it’s bad and good, there’s a big difference there. The fight becomes ugly. Unfortunately it’s like that. Toronto is the anthropological experiment today in the world, and this experiment is affecting everything.

Would you ever eat a pizza from a place like Dominos, for example?

What are your favourite pizza places in Toronto?

If I deliver, Pizza Nova. At the end, if I have been everywhere? Terroni, always, because of the atmosphere. It’s really the night of beer and Coca-Cola and I am happy here. If I am around here [in Little Italy], Il Gatto Nero. They have a pizza that stands out.

(Two of my favourites, Via Mercanti and Levetto are also approved).

Where do you go to buy your cheese?

Rob Gentile didn’t open a bar. Buca was a small experiment, and now it’s an establishment. You have Libretto opening places all over. Tapas were not as strong that they are now. They are so many things happening in the last few years here.

On the future of Italian food in Toronto…

I see things like, when I was in New York. I was invited to the opening of EATALY  in Ground Zero, it was a fantastic experience.  But I also went for the fast food from some of the best chefs there. It was still fast food, but it was fantastic. The “3 minute pizza” is going to become a big thing here in Toronto. But I really hope to find places that are less noisy, quiet, where the waiter is old and knows what he is talking about. Maybe has some stains on his jacket, and he calls you dottore like they do in Italy. And when you ask what he recommends, he will really know what to recommend. Because he sold the fish, he talked with the fish before it was cooked. That’s what I dream about sometimes, you know what I mean?

Other things mentioned throughout the interview:

Masseria: Opened by the owners of Pizza Nova on King Street that specializes in “3 minute pizza”.

Giancarlo: An example of a 30-year-old, very solid pre-theatre restaurant.

Mark McEwan: Canadian chef who has made a lot of contributions to the Italian restaurant scene in Toronto.

Ernesto Iaccarino: Italian chef who owns and operates Don Alfonso 1890 and is a master of Neapolitan cuisine.

Biagio: Another Italian restaurant on King Street that has been an institution for a very long time.

Zucca Trattoria: One of the most underrated Italian restaurants in Toronto, with owner and chef Andrew Milne-Allan.

Mistura: An Italian restaurant that was opened and owned by Paolo Paolini for 19 years.

Final note: The full PDF text of Buon Appetito Toronto can be accessed here and is also available in select stores. Photo courtesy of The Italian Chamber of Commerce of Ontario.